"I know how important this is, and how important it is for young girls to see me in this role, in this powerful position and I'm just fortunate and blessed" 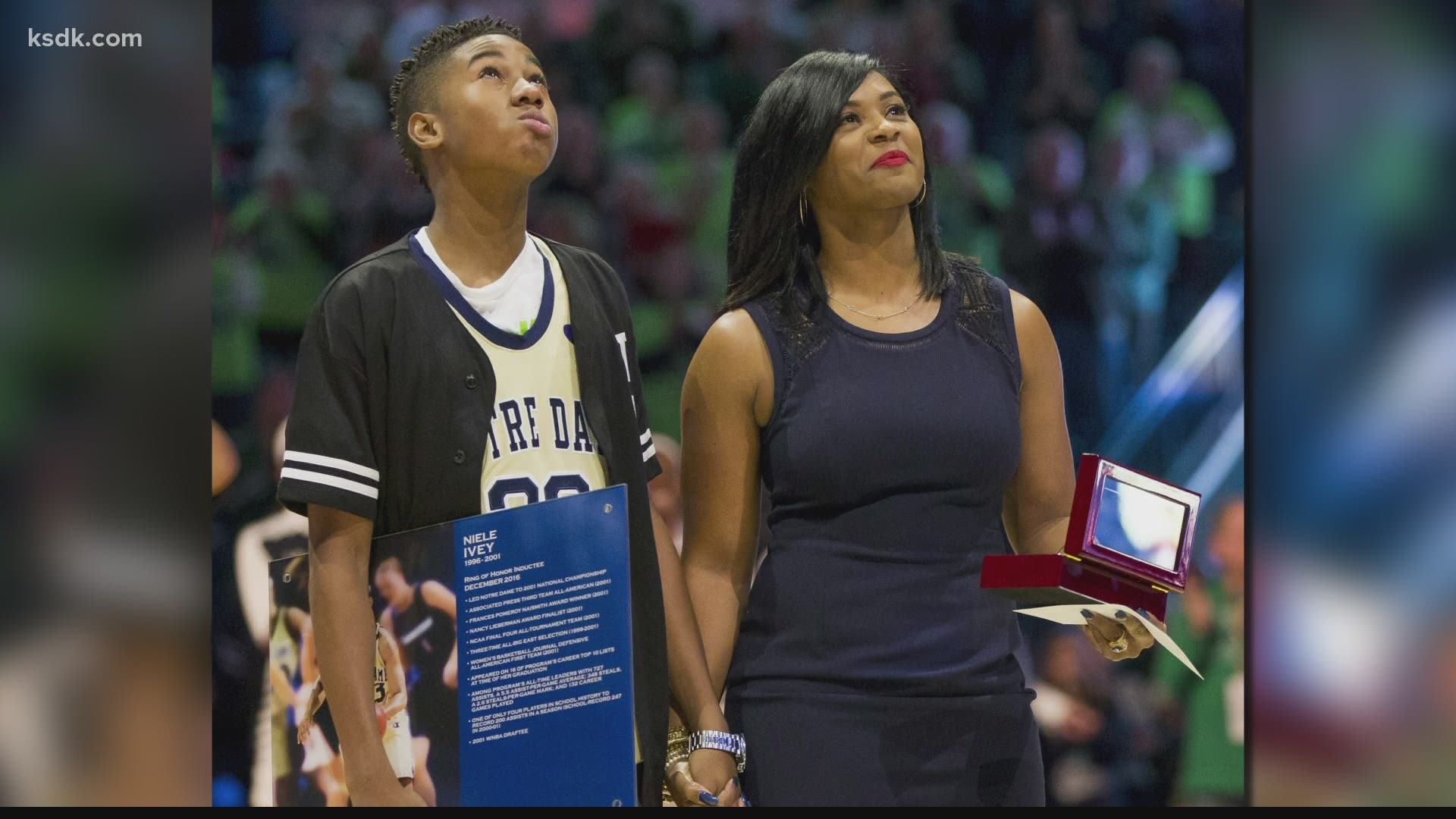 SOUTH BEND, Ind. — "I felt like I wasn't gonna be the product of my environment," Niele Ivey said when speaking of where she grew up. "I realized there was something bigger outside of north St. Louis."

Growing up near the intersection of Kingshighway and Natural Bridge, Ivey was determined to use the game of basketball to get out. As the baby of the family and the only girl, Ivey noticed her brothers became a part of her vision, opening her eyes wide enough to see where she wanted to be.

"That's where I actually found my passion, was watching my brothers and following them when they were playing," she said.

That's where the pattern of "firsts" started for Ivey.

Her brother's tough love prepared her to not only chase her dreams but to bring them to fruition.

She led Cor Jesu Academy to their first-ever state title in school history and that huge accomplishment only fueled the fire.

"I wanted to continue going to college and be the first person in my family to go to college," Ivey said thinking of her childhood dreams.

Well, she did that and some. Many remember her in college where she helped Notre Dame win their first national championship.

That's two championships in just a few years and it was only a matter of time before the professionals came knocking at her door.

Ivey was drafted to play in the WNBA, and shortly after, life delivered another opportunity. This one, off the court. Ivey was blessed with a son during her rookie season.

"I was more trying to be a survivor," Ivey said when speaking on the birth of her son. "I was like, a new mom, that was a whole set of challenges. So I didn't really know how long I wanted to play, but I knew that I could do both."

Similar to the lessons she learned on the north side of St. Louis, Ivey kept it pushing. She played five years in the WNBA and then decided to trade her playing shoes for pumps.

She started her coaching career at Xavier before leaving for Notre Dame. As the coach of her alma mater, Ivey helped lead the Fighting Irish to seven final four appearances.

"I learned about culture, building a foundation, and building a new team," Ivey said on the year she spent in Memphis. "So I learned so many valuable lessons."

Before Ivey knew it, she was taking all that NBA knowledge, to yet another first. This, the biggest of them all. Ivey was named the Notre Dame head women's basketball coach, making her the first black head coach in school history. A role, she's dreamed of, and an opportunity she won't regret.

"I don't take any more any moment for granted," Ivey said in her new position. "I know how important this is, and how important it is for young girls to see me in this role, in this powerful position and I'm just fortunate and blessed."