There's a lot of heart in CBC's Love

Caleb Love is quickly turning into one of the best basketball players in the region and, with his work ethic, has realistic aspirations of going pro. 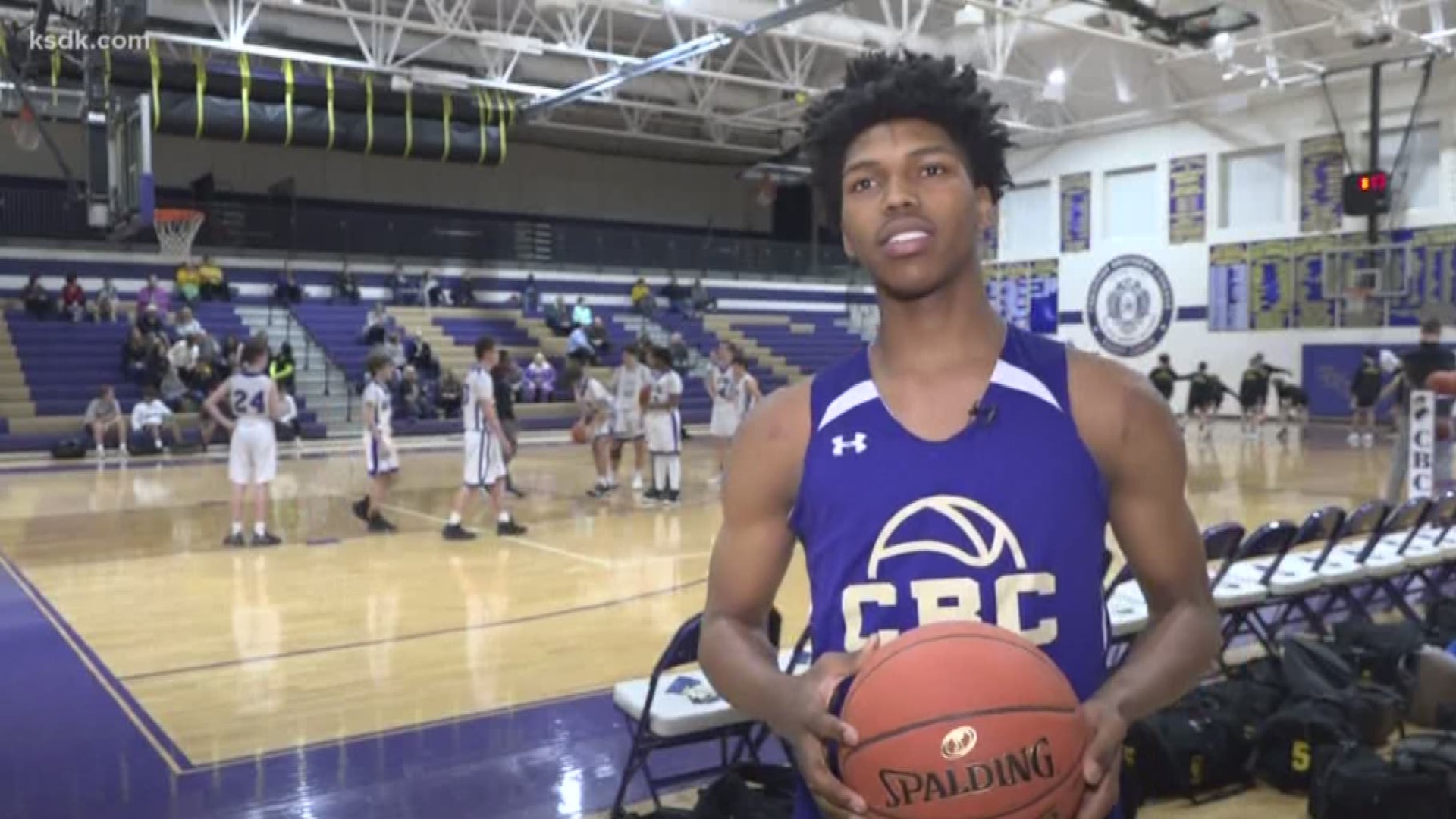 ST. LOUIS – Even though he's a junior in high school, most basketball fans in St. Louis already know the name "Caleb Love." Yet, the CBC star is staying humble.

But if Caleb sticks with the same enthusiasm and ambition he's carried through his high school years at CBC thus far, he will "make it."

The highly-touted recruit is averaging 21 points per game for the Cadets so far this season and has already received offers to play for Mizzou and Illinois. But it's not just his talent that sets Caleb apart. It's his work ethic.

Caleb rarely takes time off from his sport, training year-around. And during the school year, will practice three-times a day twice per week: shooting hundreds of shots before school, practicing with the team after school, and then finishing the evening with a private workout.

His coach, Justin Tatum, says Caleb is in the one percent of athletes who have the combined talent and drive to be something special.

“It’s just extra work that you see most kids who really want it don’t normally do, and he’s doing it," said Tatum.

“He’s a very exciting player. Athletic. He loves his teammates. His teammates love him. He’s very gifted and he works on his craft and he knows what he has," he said.

Tatum and Caleb's family have known for a long time what Caleb could be capable of. The budding star simply had to put in the work; it's work that Caleb is proud to tackle; he credits his father for pushing him to be great.

So, go ahead, fall in love with Love. But also don't forget that love continues to grow over time. And so will the Love who wears number 2.

“I got a real chip on my shoulder," said Caleb.