BattleHawks release depth chart ahead of first game in the XFL

Want to study up on who you'll be rooting for on the field when the BattleHawks play their first game on Sunday? We've got you covered. 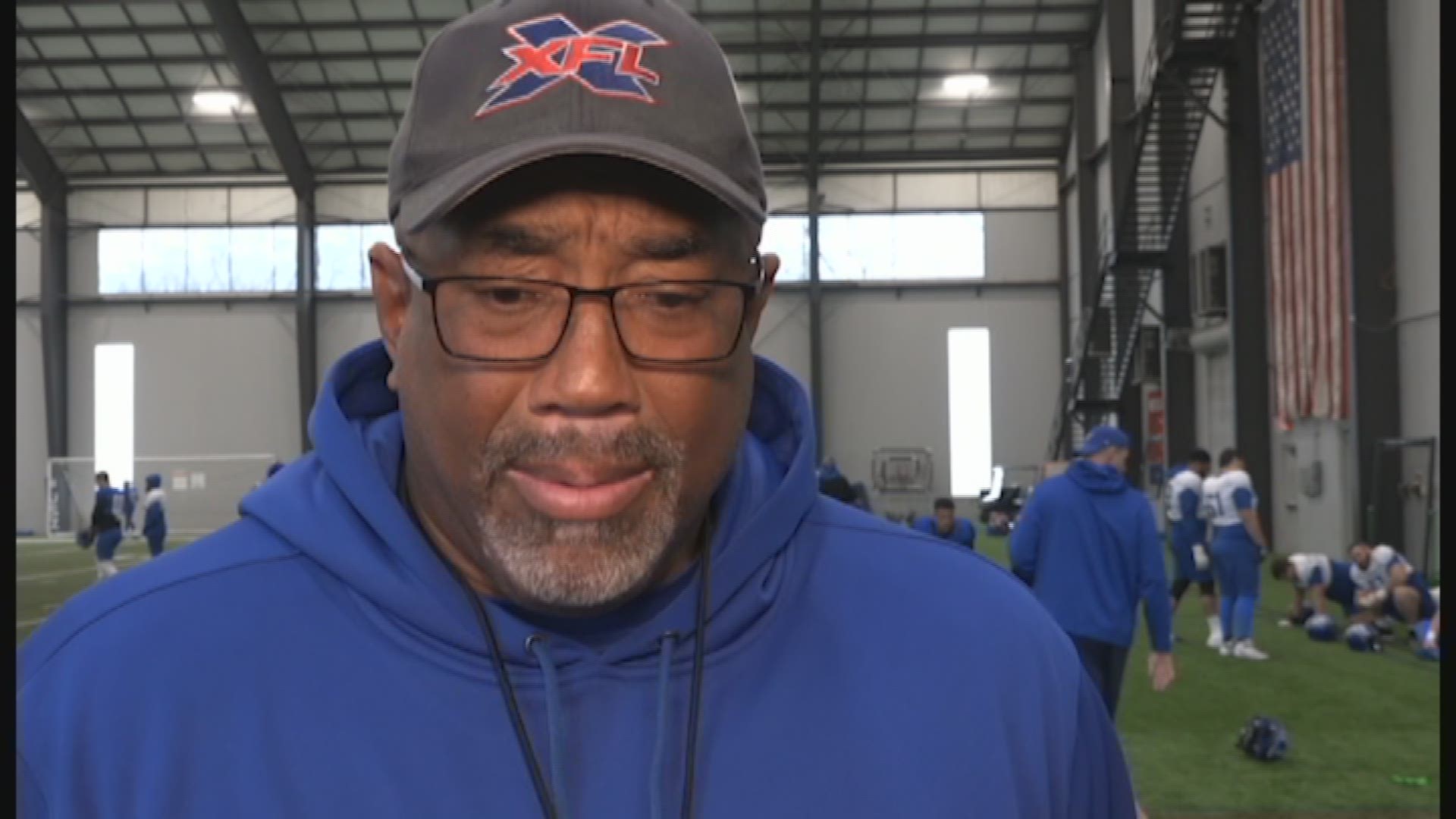 ST. LOUIS — The launch of the new XFL is finally upon us. The St. Louis BattleHawks will kick off against the Dallas Renegades at 4 p.m. Central time at the brand new Globe Life Park in Dallas.

But, who exactly is going to be on the field for St. Louis' new professional football team?

The BattleHawks released their first depth chart on Friday, so you can study up before their first game.

Here's a breakdown of who will be where to start on Sunday.

We already knew Jordan Ta'amu was the team's starter at quarterback. Taylor Heinicke and Nick Fitzgerald will back him up.

Former Seattle Seahawks running back Christine Michael will get the first call out of the backfield. Matt Jones and Keith Ford will back him up.

Alonzo Russel, De'Mornay Pierson-El and Missouri product L'Damian Washington are slated to be the first receivers attempting to haul in passes from Ta'amu. Keith Mumphrey, Brandon Reilly and Carlton Agudosi could also get some reps.

Watch: L'Damian Washington talks about coming back to play in Missouri

The BattleHawks' starting tight end is another Missouri product. Marcus Lucas will be backed up by Wes Saxton and Cole Hunt.

The BattleHawks' defensive line will be anchored by Will Clarke, Casey Sayles, Channing Ward and Andrew Ankrah.

Terence Garvin and Dexter McCoil are listed as the starting linebackers. Steve Beauharnais, Ro'Derrick Hoskins and Shaq Jones are the backups.

At cornerback, Darius Hillary, David Rivers and D'Montre Wade are listed as the starters.

And at safety, Kenny Robinson and Will Hill are on the first team, with Joe Powell and Harold Jones-Quartey listed as the backups.

Former Oakland Raider Marquette King is the starting punter for the BattleHawks.

Taylor Rossolino is the team's kicker and Tanner Carew is the long snapper.