'It shows how bad we wanted it' | Belleville East basketball off to undefeated start, among top teams in Illinois

After not knowing if they'd have a season at all, Belleville East is 9-0 and getting recognition as one of the top teams in all of Illinois 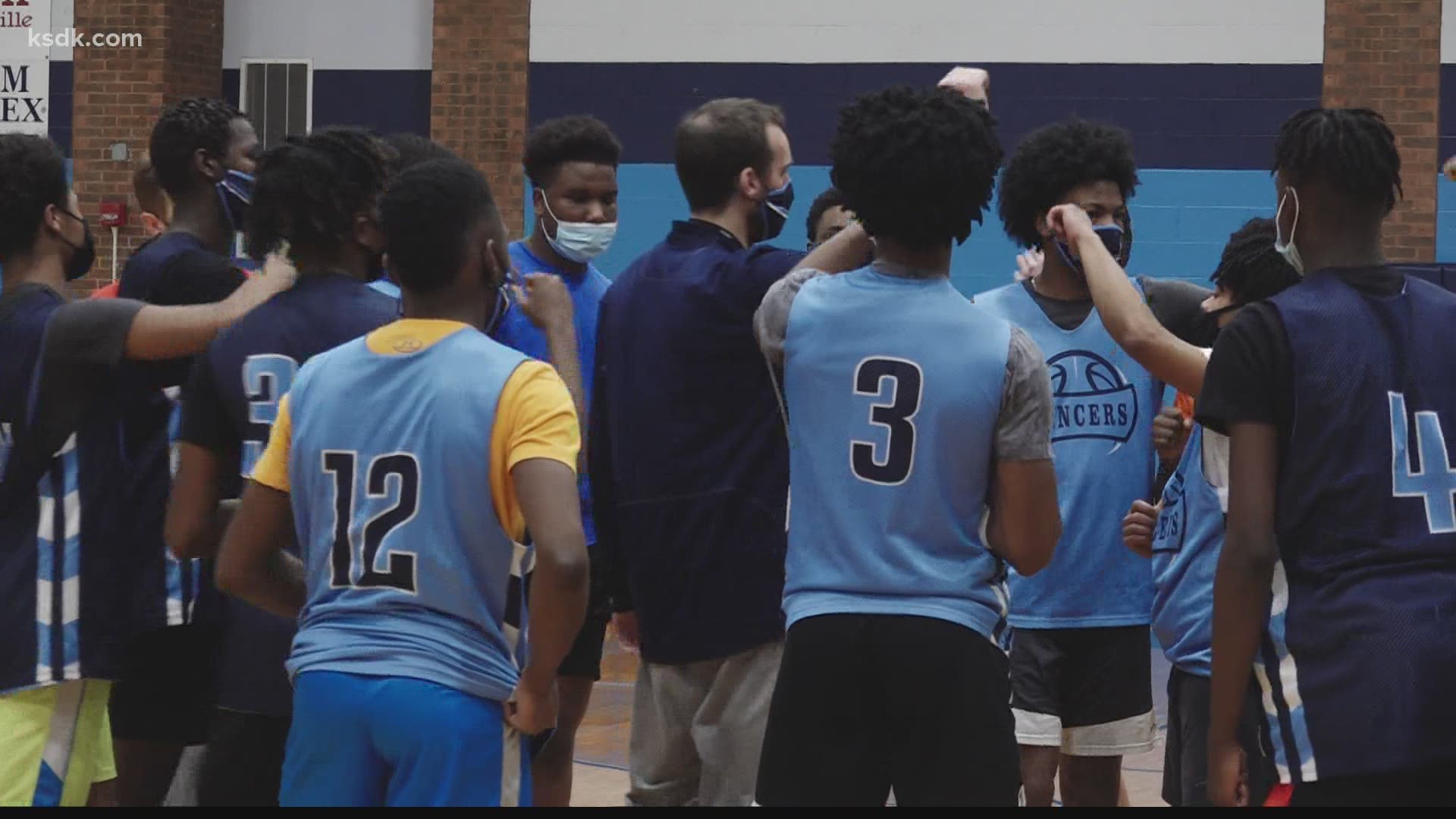 BELLEVILLE, Ill. — It seems as though there's a new high school hoops team at the top of Illinois' Southwestern Conference every year. Belleville West had their runs a few years ago, East St. Louis got a state championship in 2019 and last season Collinsville was the team to beat. This year, that title belongs to the Belleville East Lancers.

East is off to an undefeated 9-0 start to their season in one of the toughest conferences in the area.

Almost more remarkably, seven of their nine wins have been by 10 points or fewer.

"We play in a really good conference, so it's always going to be a battle every night," fourth-year head coach Jeff Creek said. "We've got good senior leadership and kids that are used to playing at the varsity level and they don't get rattled. They stay calm in tight situations."

"It just lets you know that we're tough and we're not going to give up," sophomore Jordan Pickett said. "Whoever we play out there has to bring their all because we're not gonna go away."

One of those close wins came on a half-court buzzer-beater against Edwardsville from senior Ethyn Brown. And you bet they're still talking about it around campus.

"Everybody is still coming up to me talking about the shot," Brown said. "It's great."

Now, the Lancers are finding themselves on lists among the best teams in the state, right alongside some powerhouse schools up in Chicago.

"We've proved so much. Because other teams are always like, 'They're better than East and East is this, that and the other...' So it really comes down to braggin' rights," Pickett said. "You know the other guys on other teams. It's really about braggin' rights. We talk about it all the time. So it's really good to be 9-0."

There may not be a chance for a state title for Belleville East this season because of COVID-19, but they've got the next best thing. The gauntlet that is the Southwestern Conference is holding a conference tournament at the end of the year. And you can bet the Lancers want to prove themselves again.

"They want it bad. We'll play everybody for the third time and want to prove we're the real deal," Creek said.

"It's going to be super big. Because everyone around the conference knows each other," Ivy said. "We like to talk trash around the whole conference. So at the end of the year there won't be much to say. Just prove it."

Belleville East has three games left on the schedule before that conference tournament.