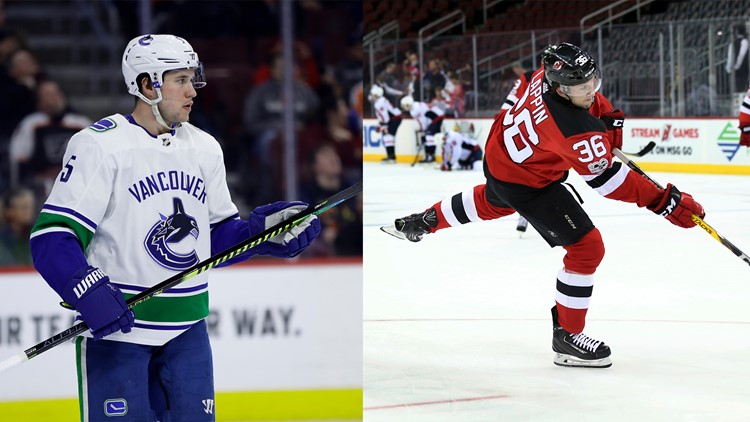 The Blues have used the first day of NHL free agency to bolster their depth.

The team has signed four new forwards and a defenseman to two-way contracts.

Defenseman Derrick Pouliot spent the past two seasons in Vancouver, totaling 12 points last season. The 25-year-old has 48 points in 200 career NHL games between Vancouver and Pittsburgh.

Forward Nick Lappin split last season between the New Jersey Devils and their AHL affiliate. He has five goals and three assists in 60 career NHL games.

23-year-old forward Evan Polei had 38 points in 53 games for the Bakersfield Condors of the AHL last season.

Forward Nathan Walker is the first Australian to play in the NHL. He has played in 12 career NHL games between Washington and Edmonton, totaling one goal and one assist.

26-year-old forward Michael Vecchione had 15 goals and 23 assists in 67 games last season for the AHL's Lehigh Valley Phantoms. He played in two NHL games for the Philadelphia Flyers in the 2016-2017 season.