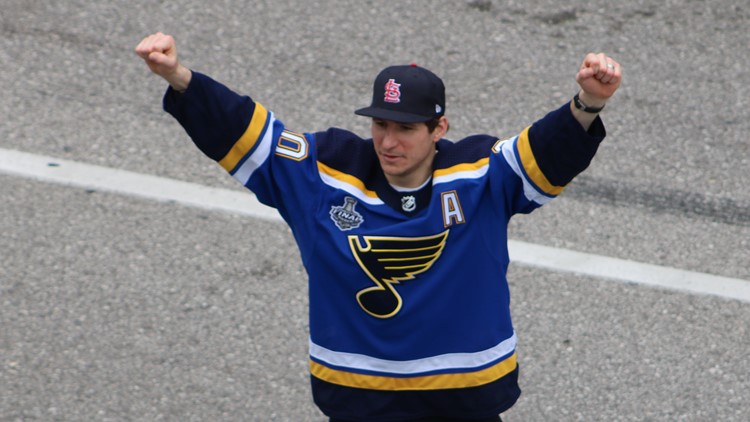 The Stanley Cup is continuing its European summer vacation this week, with a few stops in Sweden.

Oskar Sundqvist had the trophy earlier in the week, but on Thursday it was Alex Steen's turn with the Cup.

The 14 year NHL veteran has been with the Blues for 11 of those seasons, waiting for a chance to lift his first Stanley Cup.

Alex Steen might have been born in Winnipeg, Canada, but his roots trace back to Sweden. His father, Thomas Steen, was a Swedish-born star in the NHL back in 1980's.

The son decided to bring hockey's most prized possession back to the father's home country.

Back in Sundsvall, Sweden, Steen brought the Cup to a children's hospital.

He also surprised some very lucky youth hockey players at a local rink.

Steen also presented the Cup to quite a large crowd in some sort of square or plaza in Sweden.

RELATED: Pat Maroon talks about being a hometown hero, what might come next