After 1252 games in the NHL, Jay Bouwmeester is finally getting a chance to play for hockey's ultimate prize. The veteran 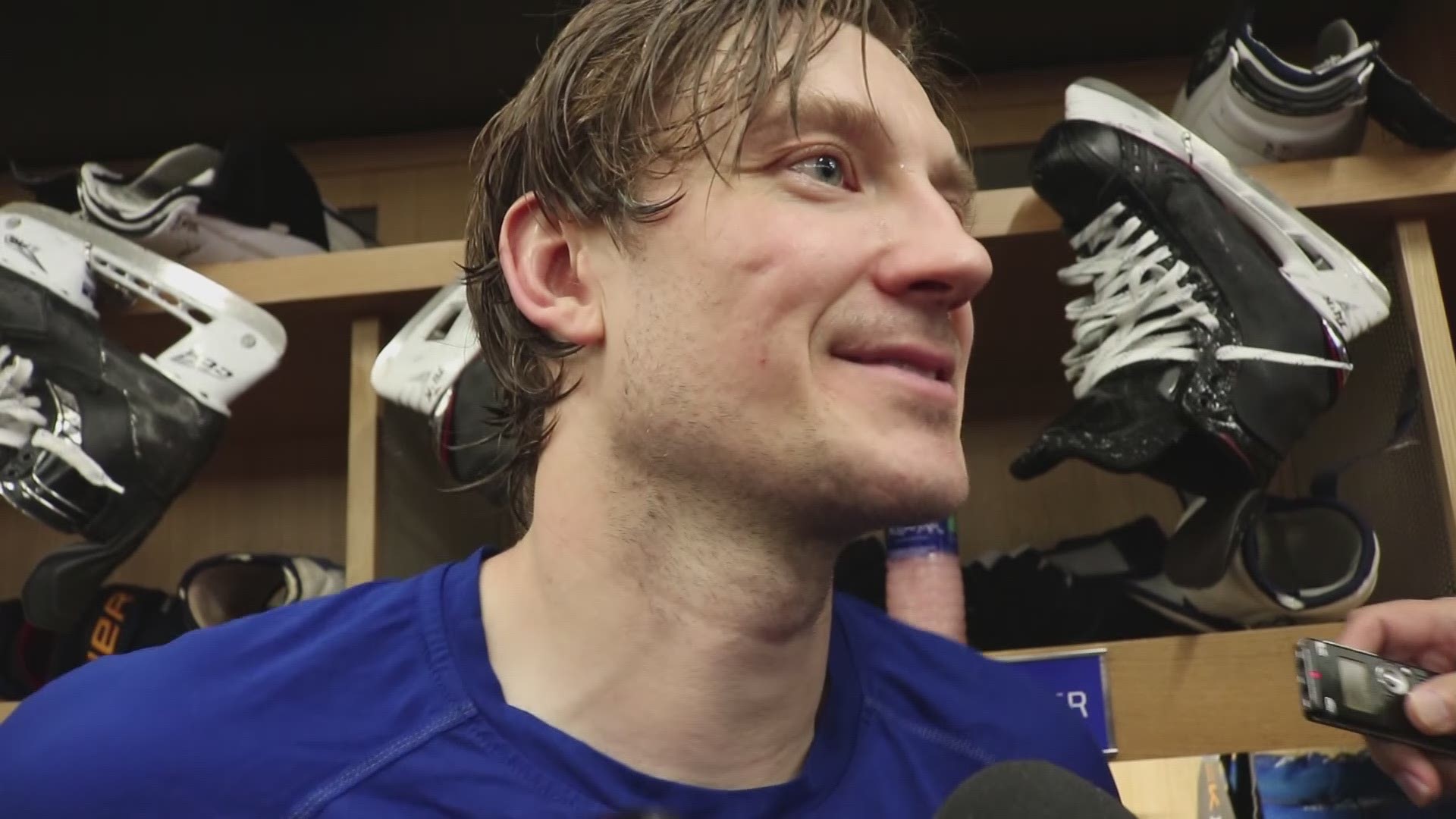 ST. LOUIS — Ok, St. Louis, you can un-clench your fists. The Joe Thornton love fest is officially over.

The national media's borderline obsession with San Jose's veteran possibly making his last bid for a Stanley Cup is now irrelevant with the Sharks eliminated.

But there is a veteran still left who is getting his first ever chance at winning hockey's ultimate prize.

Blues defenseman Jay Bouwmeester has played in 1252 NHL games in his career.

"I've played a long time. Three years ago we lost to these guys in the same situation and you do kind of wonder if you'll ever get there or if the opportunity of getting that far will ever come again," Bouwmeester said after the Blues beat the Sharks in Game 6. "It's a great opportunity and that's the fun stuff."

RELATED: The last time the Blues were in the Stanley Cup Final

Bouwmeester was selected by the Florida Panthers with the third overall pick in the 2002 NHL draft. He spent six years in Florida before heading to Calgary, where he played four years as a Flame.

In 2013, the Blues traded for Bouwmeester in a headline grabbing deal and he's been in St. Louis ever since.

Bouwmeester has had some critics during his time in St. Louis, but has proven to be one of the team's best defensemen this season. He's also played well in the playoffs, registering a +5 in 19 games.

For Bouwmeester and the rest of the Blues, a trip to the Final is a dream come true. But don't think they're content just yet.

"Right now, you're excited and it's a great opportunity, but there's still a lot of work left," Bouwmeester said.

Brett Hull and Kelly Chase on the Blues' magical run