Blues look to stay hot at home against Sabres

Enterprise Center has been good to the Blues so far this season. They're 14-4-4 on home ice, and only two teams in the NHL can boast fewer regulation losses at home. 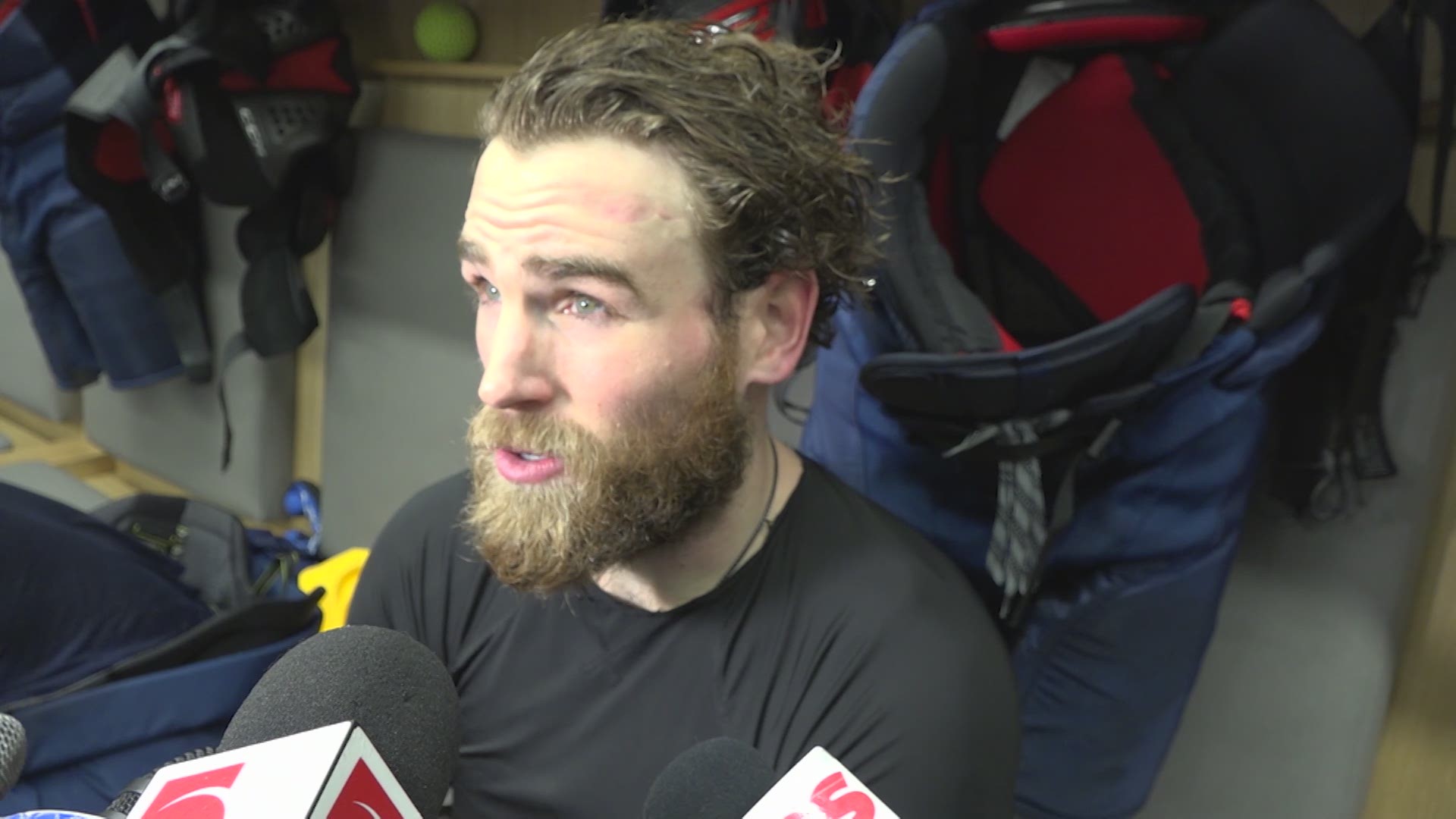 ST. LOUIS — A theme for the Blues the past few seasons has been to try and make Enterprise Center an imposing place to play again.

It certainly didn't seem that way at times during last season's Stanley Cup run, and the Boston Bruins came in here and won two of the three games, but so far this season, the Blues (27-10-7) seem to be making the home ice more formidable and will look to make it seven wins in a row here when they host the Buffalo Sabres (19-17-7) today at 7 p.m. (FS-MW, ESPN 101.1-FM) in the second of a season-long five-game homestand.

The Blues are 14-4-4 on home ice this season. Only Boston and Philadelphia (two losses each) have fewer regulation home losses than the Blues, and for them to continue to climb, they have made it a point to make this a more imposing place to play.

"I think we've been talking about that since last year, getting back on track for teams don't want to get in here and play against us," Blues forward Oskar Sundqvist said. "We're on the right track right now and we need to keep building on how we've been playing at home."

The Blues have won seven straight and are 12-2-1 against the Sabres the past 15 games they've played, but Buffalo, which has won two straight after losing four in a row, have been off since Saturday.

The Blues will not change the lineup from Tuesday's 3-2 win against the Sharks, meaning Jordan Binnington will get the start in goal and be opposed by Linus Ullmark, Niko Mikkola will remain in the lineup and play his second NHL game, Colton Parayko will miss his third straight game with an upper-body injury and Carl Gunnarsson will miss his 12th straight game.

Parayko participated in the optional morning skate and has practiced every day since Monday but is not ready to go yet.

"Day to day," Berube said. "He’s getting better but he’s still not ready to play."

"I thought he had a good game," Berube said. "I like how he closes on people, I like his size and stick and speed, his aggressiveness. He makes it a hard game for the other team."

Mikkola can now settle in and play the game as if he were a regular NHL player now that the nerves from the first one are over and done with.

"That first game is what you dream about when you're a little boy," Mikkola said. "It's like a dream-come-true moment, but I want to say it's not (back to normal) yet. A little bit excitement yet. It's more faster up here. They have more skills here. You have to be aware of all situations. You have to be aware all the time."

Hutton, in his second season with the Sabres after leaving the Blues via free agency, still has a plethora of teammates here in St. Louis he played with during his time with the Blues, which included the 2016-17 and 2017-18 seasons.

Of course, the former Blue was pulling for his ex-teammates to pull it out and reached out to a number of them when they won.

"Yeah, of course. It was awesome," Hutton said Thursday. "I actually took my little guy to see it. We went to Robert [Bortuzzo's] Cup party in Thunder Bay, so yeah, it was fun. It was awesome for those guys. I was pretty excited. Stressful times watching there obviously pulling for them. It was a tight playoffs and it was great for them to win.

"... I talked to a few guys. Robert and I are really good friends. Robert and I have been together in Thunder Bay now for years training. I reached out to him. I think I talked to Jakey [Jake Allen]. Me and Jakey are still really good friends. We had a great relationship here, and then I think a few other guys. I think I talked to [Jay] Bouwmeester. A guy like that, you're pretty proud for him to win. He's had such an unbelievable career, [Brayden] Schenn too. Just the guys I've been kind of texting with. We had a pretty good relationship and it was pretty awesome for them."

Hutton signed a three-year contract in the summer of 2018 to join the Sabres as their No. 1 goalie, not necessarily for greener pastures ($2.75 million AAV) but more so to get the chance to be the No. 1. He had shared the cage with Allen his two seasons here.

But it's natural for Hutton, who was close with many guys here, to be envious, yet happy that his former teammates won.

But it's understandable that Hutton, 30-15-5 in his two seasons with the Blues, wishes he were part of it all. But Hutton has an interesting, yet good point, as to why things happened the way they did.

"Of course, but I don't view it from that sense," Hutton said. "I view it from we all have the potential to try and get there. My road took me somewhere else, right? I think if my road doesn't take me somewhere else, maybe they don't win a Cup, because if I stay, maybe Binnington doesn't get called up that year if I'm healthy or whatever it is. Obviously for him, it's been an unbelievable story. I couldn't be happier for the guy. He's always been nice to me and he was a good kid and I think a guy that no one really thought he was going to turn into a Stanley Cup-winning goalie, NHL All-Star. I know in his mind me did, but I meant from an outside standpoint, and from a guy that's dealt with that his whole career, I can appreciate and am happy for him."

Perhaps the Blues could have won it with Hutton in goal with Allen? Possibly, but that's a question that will never get an answer to.

"Yeah, yeah. That's it, eh? I can say something, but that's not the way I look at it," Hutton said. "Of course I always picture that, but at the same time, I'm just happy for those guys and proud of my friends and stuff like that. That's not the way to get through life is like being jealous and wanting worse for anybody else by any means, so I was just happy for them."

It's been a tumultuous season for Hutton, who is 6-6-4 with 3.23 goals-against average and .894 save percentage with the Sabres. He started 6-0-0 but is winless in 10 straight and has taken a back seat to Ullmark.

* With his next assist, Alexander Steen will become the sixth player in franchise history to record at least 300 assists as a Blue.

Linus Ullmark will start in goal; Carter Hutton will be the backup. 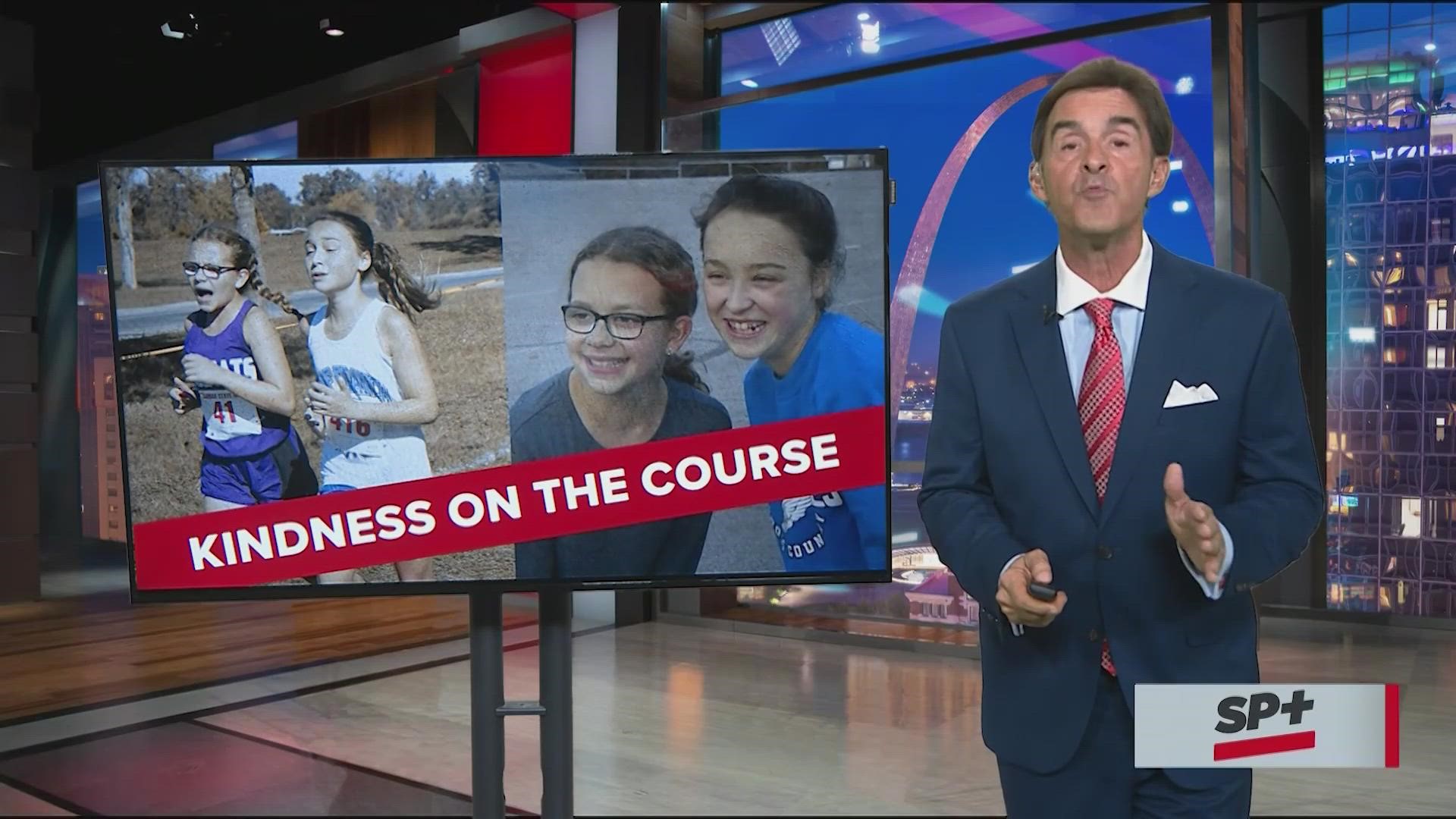