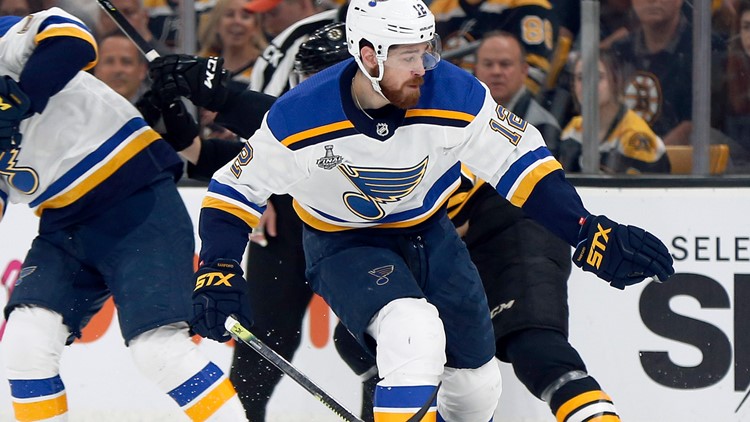 Zach Sanford had a goal and three assists against his childhood team in the Stanley Cup Final. Now, he'll be back with the Blues for two more seasons.
Author: Corey Miller
Published: 12:55 PM CDT July 8, 2019
Updated: 1:00 PM CDT July 8, 2019

Forward Zach Sanford will be back with the St. Louis Blues for at least two more seasons.

Sanford and the club agreed on a two year deal on Monday, avoiding arbitration.

Sanford will make $1.5 million per season.

The Salem, Massachusetts native came up big against his childhood team in the Stanley Cup Final. Sanford had a goal and three assists against the Bruins to help the Blues bring home their first Stanley Cup.

Sanford's goal in the Final came in the last minutes of the clinching Game 7 in Boston, to make it 4-1, which would be the final score.

RELATED: Stanley Cup tracker | The Cup will spend its summer traveling around the world

RELATED: Blue lobster donated to St. Louis Aquarium gets a name fit for a champion