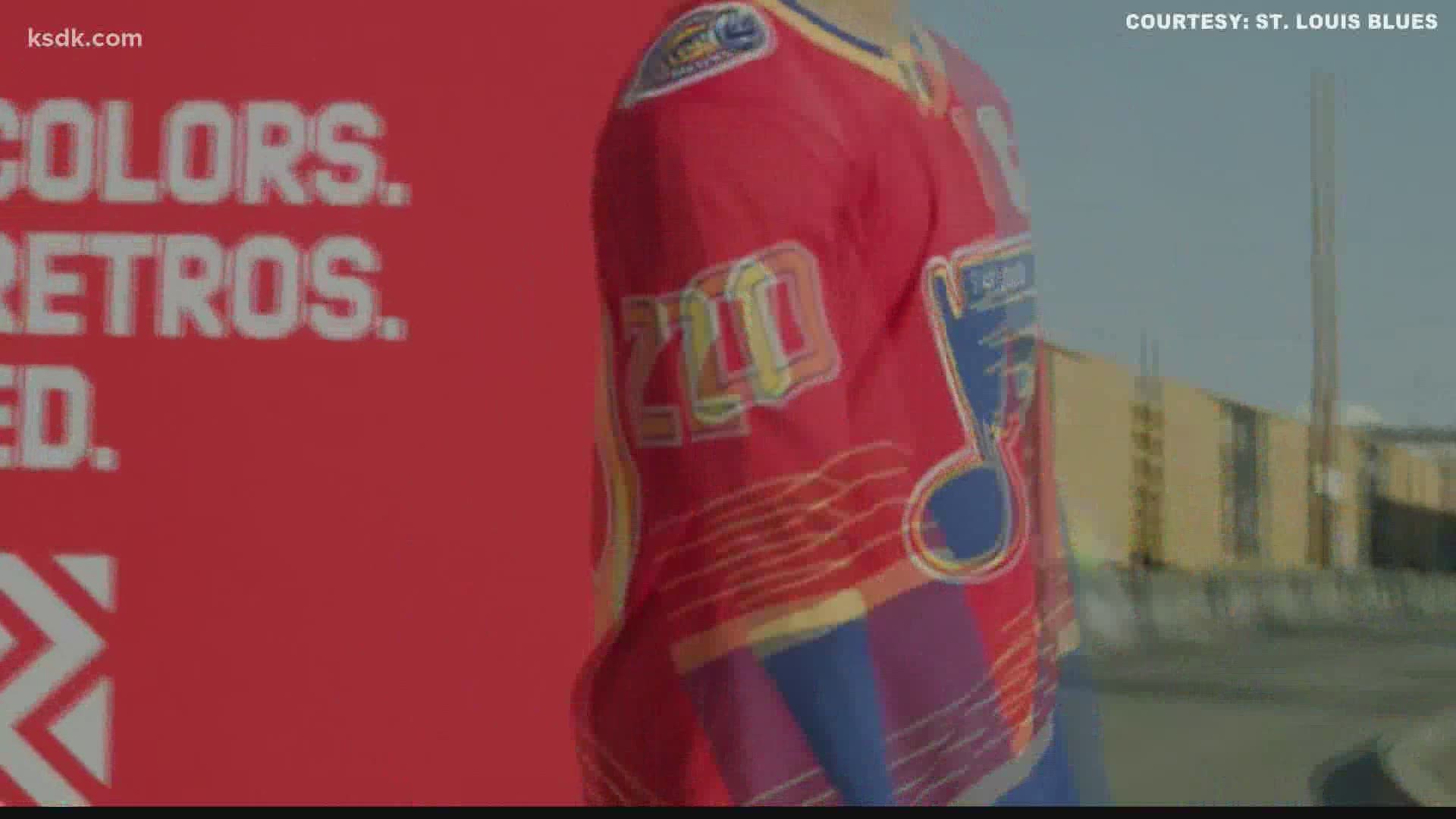 ST. LOUIS — The St. Louis Blues will go retro next season for some of the team's games.

In partnership with the NHL and adidas, the Blues revealed the Reverse Retro jersey.

The Blues said the jersey flips the colors used on the team's sweater that was worn in the late 1990s by legends like Wayne Gretzky, Brett Hull, Chris Pronger and Grant Fuhr.

The team will wear the retro jersey in multiple games next season.

"Hockey fans love retro jerseys and Reverse Retro is a great opportunity for adidas to work closely with the NHL and all 31 teams to bring back a design from a meaningful point in team history with a unique twist," said Dan Near, Senior Director at adidas Hockey. "Our goal from day one has been to work with the NHL and all of the teams to bring creativity, innovation and energy to the sport with all that we do. What better way to do that than to bring together the nostalgia of historical moments in each teams' history with something new via designs that have never been seen before in the sport."

According to NHL.com, special Reverse Retro head-to-head matchups will feature exciting new and renewed rivalries and will be announced at a later date.

All 31 teams are participating in the alternate jersey program.

Fans can preorder the Blues Reverse Retro jersey on STLAuthentics.com on Nov. 16. Jerseys will also be available to purchase in-person at the STL Authentics Team Store at Enterprise Center beginning Dec. 1.

Jerseys without player names and numbers will be available for $189.

FIRST LOOK! Check out a photo gallery of the new Blues' #ReverseRetro jersey from adidas.