'Now we have to go beat those Cubs in Chicago. We haven't beat them all year in Chicago. We're going to beat 'em this time.' - Adam Wainwright 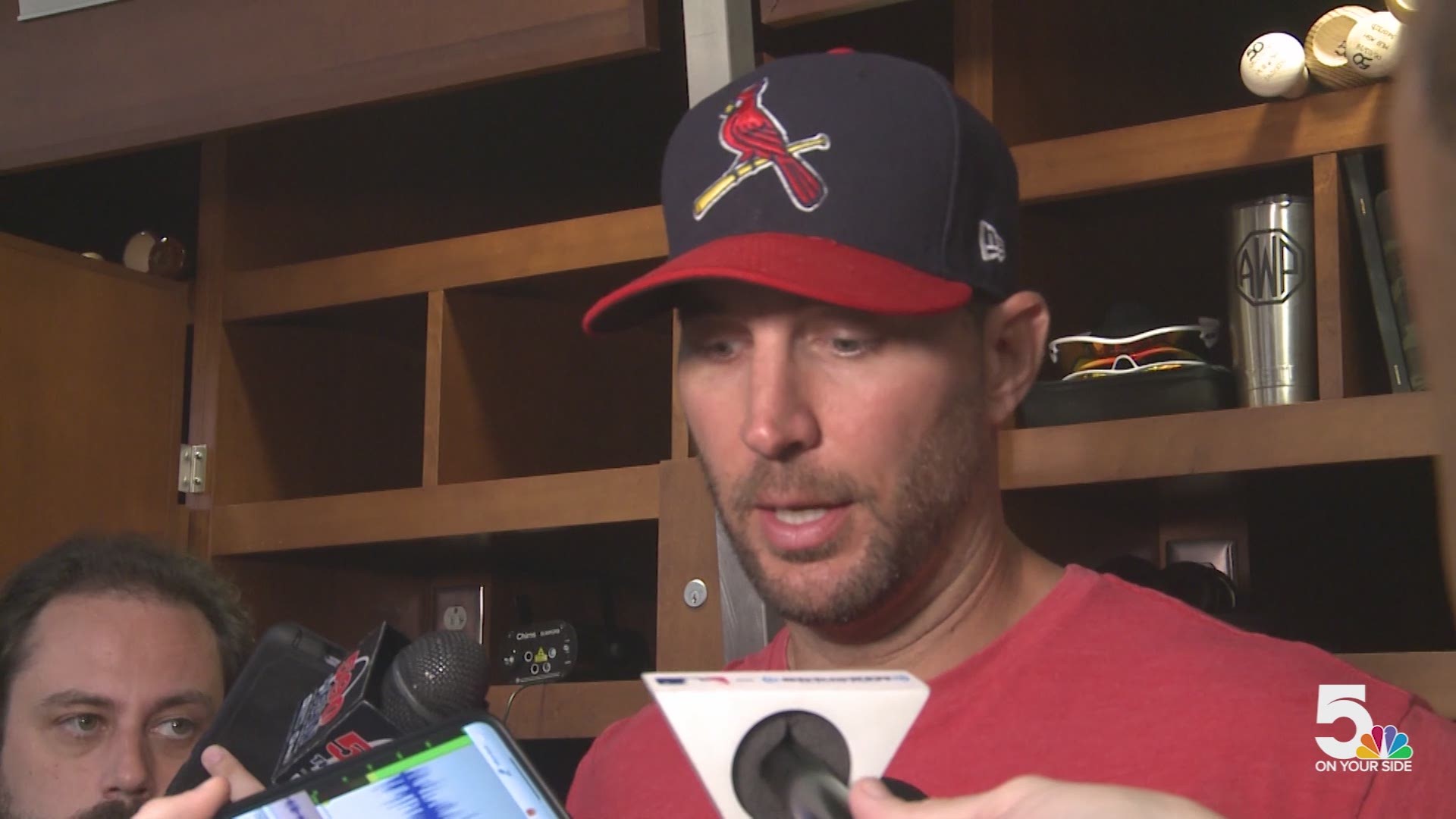 Cardinals fans have been anticipating these last two weeks of the season since the schedule was announced.

RELATED: Cards/Cubs rivalry could be special in 2019

Cards and Cubs in September is always exciting, no matter the stakes. However, this year is special. These last seven games between the historic rivals will likely determine who wins the NL Central. (But don't tell those pesky red-hot Brewers)

And what better settings than Wrigley Field and Busch Stadium? As a baseball fan, this is how you would want it to end.

And make no mistake, the Cardinals are excited.

"Now we're building a little momentum here. We beat two very good pitchers this series (in Strasburg and Scherzer) and now we have to go beat those Cubs in Chicago," Cardinals pitcher Adam Wainwright said. "We haven't beat them all year in Chicago. We're going to beat 'em this time"

Watch: Adam Wainwright talks about gearing up for Cubs series

Like Wainwright said, the Cardinals have had a devastating lack of success at Wrigley Field this year.

But this isn't the same teams that met in Chicago in May and June. The Cardinals' rotation is on fire, and the Cubs are missing two of their key players in Javier Baez and Anthony Rizzo.

"We know how important it (the series) is," Cardinals infielder Tommy Edman said. "Obviously it's going to come down to these last two series for the division. I think that as long as we just keep playing like we have been and keep showing resilience, I think we've done a good job of staying within ourselves and staying in the present and not getting too far ahead of ourselves and I think if we continue to do that we'll be fine."

If there's anyone on the Cardinals' roster who knows something about high pressure end of season games at Wrigley Field, it's Dexter Fowler.

The former Cub is back to looking at least a little like he did when he was patrolling center field at Wrigley as a member of the home team, and you know he'll be particularly ready for this series.

Watch: Dexter Fowler is excited to be playing big games in September

"It's exciting. It's an exciting time of the year," Fowler said. " Any time you're playing for the pennant you have a little bit more. But it's going to be a good series and we're ready."

The Cardinals will enter Thursday's game up three games on both the Cubs and Brewers with a magic number of eight.

At least a split would move that number to just four with six games to play.

One of baseball's best rivalries is giving us the best late season drama in the league. It's hard to ask for anything more as a baseball fan.

RELATED: From ‘alley ball’ to the Cardinals, Tommy Edman continues to meet the challenge and prove he belongs