The win was Wainwright’s 163rd with the Cardinals, tying him with Bob Forsch for the third-most in franchise history

ST. LOUIS — Adam Wainwright did not have to look over his left shoulder to see Austin Gomber warming up in the Cardinals’ bullpen in the second inning on Saturday at Busch Stadium.

In an empty, quiet stadium, Wainwright heard him, and he knew by the sound that Gomber was heating up fast.

So was Wainwright, and not in a good way.

Pitching on what he said was one of the hottest days he could remember in a long time, Wainwright had to fight through the inning before he finally had a chance to cool off back in the clubhouse.

That battle included pitching out of a bases-loaded, nobody out jam, limiting the Pirates to one run in what became an easy Cardinals win thanks to a late outburst from the team’s offense.

“I got overheated,” Wainwright said. “I started getting overheated in the first and went back out for the second and couldn’t break that cycle. My temperature kept rising and I started seeing some spots so I had to step off and breathe a little bit.

“It was hot. There was no air out there. It was really hot.”

Wainwright hit Phillip Evans with a pitch to load the bases after back to back singles to open the inning, then got the key out by striking out Guillermo Heredia. A walk to John Ryan Murphy brought in the run, but Wainwright then got the next two outs on a popup and grounder to finish the inning and keep Gomber in the bullpen.

RELATED: Flaherty has good start to season as Cardinals hold on to win long-delayed season-opener 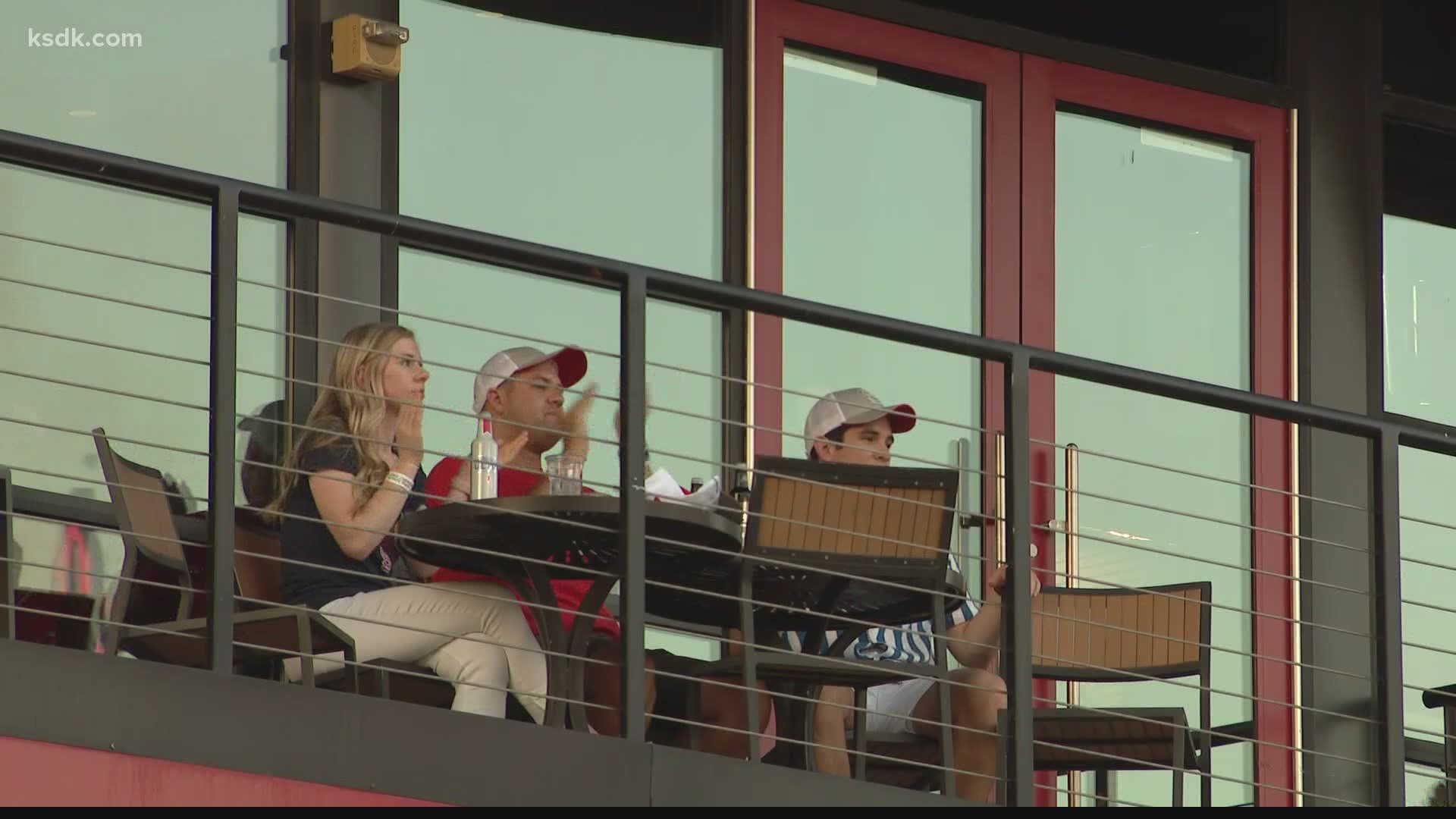