The Cardinals said their former hall of fame manager is resting after suffering a stroke at his charity golf tournament on Monday. 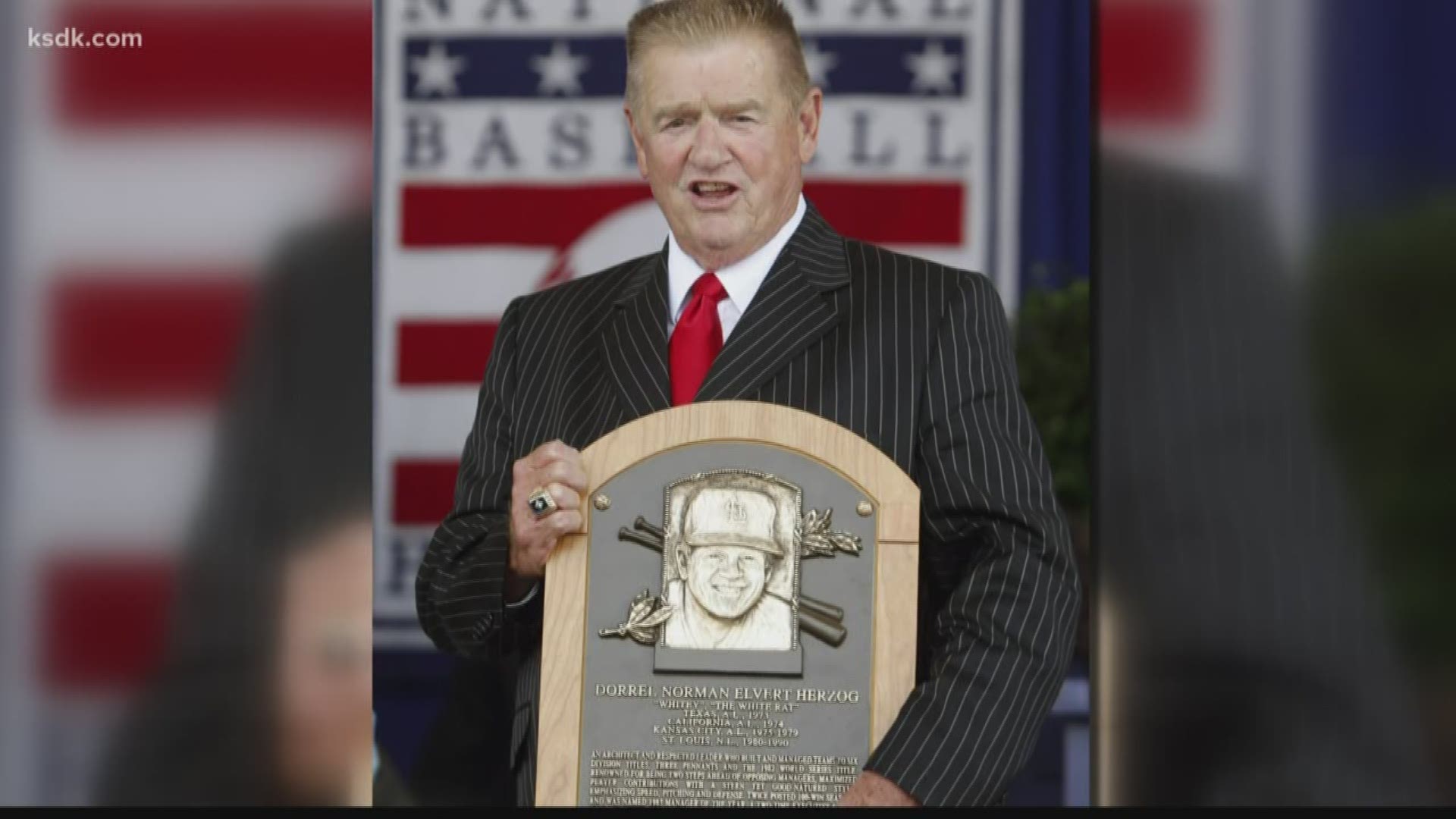 ST. LOUIS — Hall of Fame Manager Whitey Herzog is resting after suffering a minor stroke at his charity golf tournament over the weekend.

The Cardinals said in a statement that Herzog received treatment on Monday and is now resting.

"Whitey is hoping for a quick recovery, and he and his family are very appreciative of the caring support that everyone has shown them," the Cardinals said in a statement.

He was inducted into the National Baseball Hall of Fame in 2010 and has 1281 career managerial wins with the Cardinals, Royals, Rangers and Angels.

Herzog is originally from New Athens, Illinois and is 87 years old.

RELATED: Breaking down the stretch run for the Cardinals on the Sports Plus Podcast