The 19-13 score was not a barn-burner, but UGA's defense held the line against the Aggies on Senior Night in Athens. 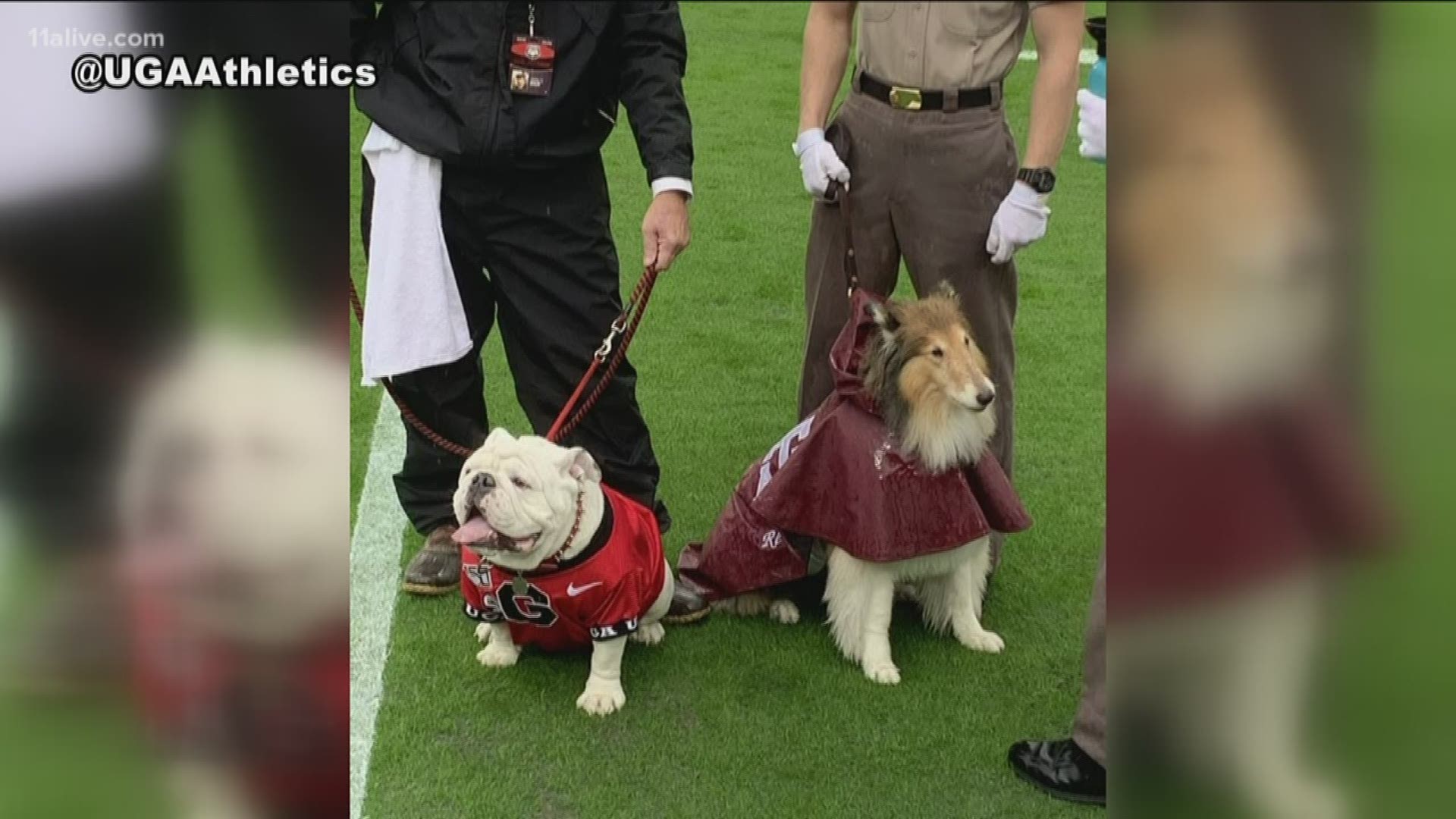 ATHENS, Ga. — On Senior Night, the fourth-ranked Georgia Bulldogs held off Texas A&M by a comparatively low-scoring 19-13 affair on Saturday while other games across the nation were much more exciting and high-flying affairs.

The Dawgs already have the SEC East crown locked up and are waiting for a showdown with West champion and number one-ranked LSU at Mercedes-Benz Stadium, with a trip to the College Football Playoff on the line.

But first, next Saturday, comes some "Good, Old-Fashioned Hate," in the form of the annual tilt with in-state rival Georgia Tech at Bobby Dodd Stadium.

While Georgia has the National Championship in its headlights, for Georgia Tech, this is about bragging rights, and all records go out the window when it comes to next week's game.

Credit: AP
Texas A&M running back Isaiah Spiller (28) can't hang on to a pass as he is hit by Georgia linebacker Tae Crowder (30) in the second half of an NCAA college football game Saturday, Nov. 23, 2019, in Athens, Ga. Georgia won 19-13. (AP Photo/John Bazemore)

As for Saturday's win against A&M, here's what other writers are saying about Georgia as we go into Rivalry Week:

Thanksgiving week means football for on the dinner table and plenty of leftovers all weekend long.

The AP rankings will be out Sunday afternoon, followed by the new CFP rankings on Tuesday night. Will Georgia fall out of the Top 4? That's the big question on college fans' minds.

'The last thing my camera & I saw before being tackled': UGA photo intern shares 'the' shot