Gonzaga and Baylor had the most players, but the Illini duo of Dosunmu and Cockburn made the cut too on AP's All-American teams 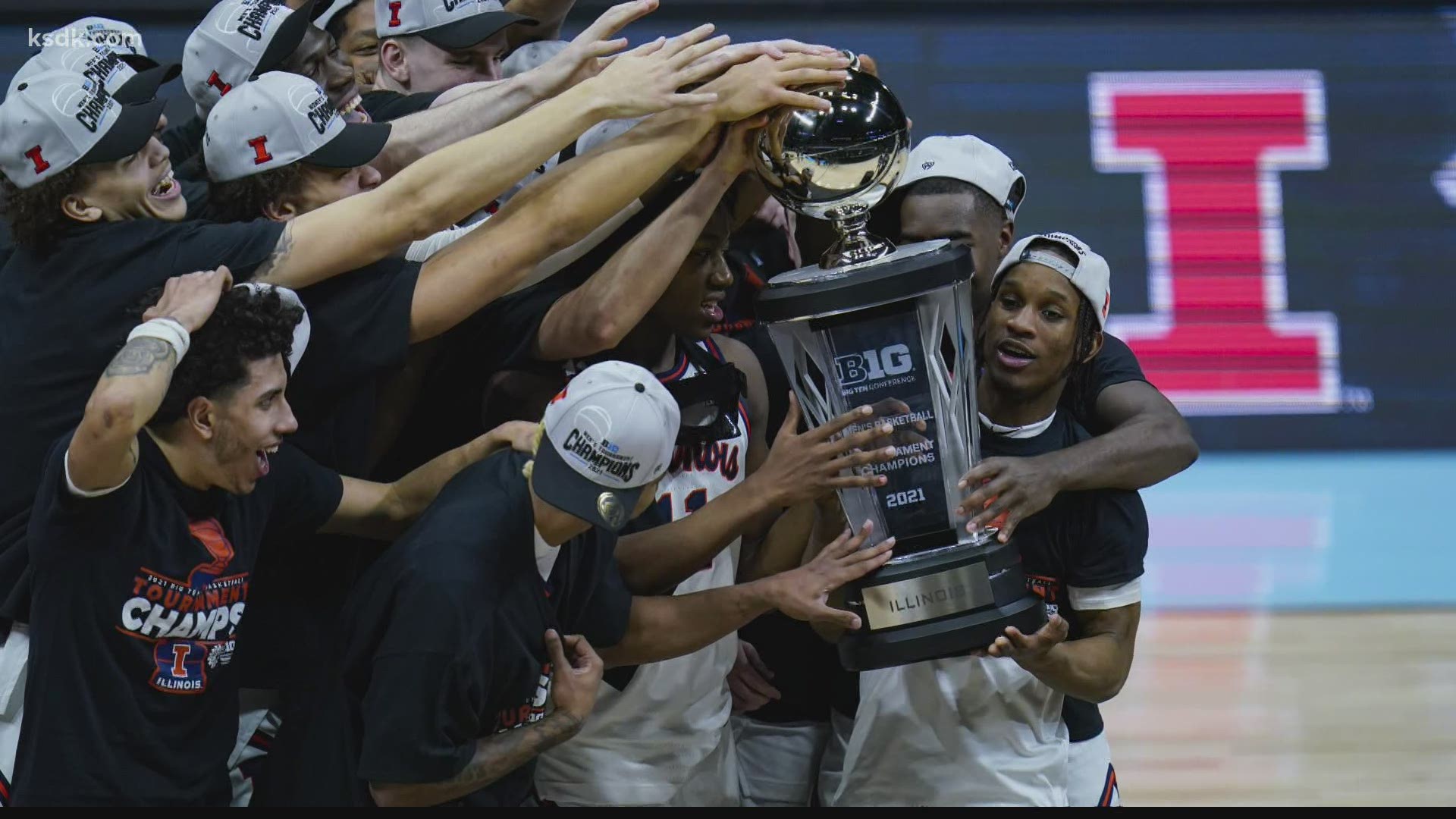 Gonzaga and Baylor spent almost the entire season holding down the top two spots in the Top 25.

Makes sense they'd hold down a bunch of spots on The Associated Press All-America teams.

The Bulldogs' Corey Kispert and the Bears' Jared Butler led the way with first-team nods Tuesday from the national panel of 63 media members that vote each week in the AP Top 25 poll. They were joined by unanimous pick Luka Garza of Iowa, a two-time selection, along with Ayo Dosunmu of Illinois and Cade Cunningham of Oklahoma State.

Kispert and Butler had plenty of company, though.

“Thinking about me as a freshman coming to Baylor and not knowing what I’m getting myself into, having no expectations for how well I’m going to be or how good I’m going to be — it means a lot to come full circle," said Butler, the Big 12 player of the year and a third-team All-American last season.

It is the first time Baylor, which earned a No. 1 seed for the NCAA Tournament, has had a first-team All-American.

“These awards are just team awards,” said Butler, who withdrew from the NBA draft to return for his junior year. "I wouldn’t be here without my teammates just playing with me and giving me confidence. It’s been nice.”

Kispert also withdrew from the draft and also led his team to a No. 1 overall seed, along with helping the Bulldogs finish a perfect regular season. He joined Dan Dickau, Adam Morrison and Kelly Olynyk as first-team All-Americans from Gonzaga.

“He’s the epitome of a college athlete. He’s a poster child for the term student-athlete, great student, great ambassador for the program, our school and college athletics in general," Gonzaga coach Mark Few said. "It’s all been because of the work, the time he’s put in, and his growth physically and mentally. He’s just an unbelievable guy.”

So is Garza, the brilliant big man from Iowa, who came up two votes of being a unanimous choice last season. In fact, he's been so dominant that the school's career scoring leader will have his No. 55 jersey retired at the end of the season.

“He's the focal point of every defense every time we take the floor. The more tape that's on him, the tougher that gets for him,” Hawkeyes coach Fran McCaffery said. “So I just have been really impressed with his relentlessness to continue to improve and to handle anything that comes his way.”

Like the Hawkeyes, the Fighting Illini had never had a first-team pick until Dosunmu came along. The two-time All-Big Ten guard led them to the conference tournament title last weekend and a No. 1 seed in the NCAA tourney.

Joining those veterans — seniors Garza and Kispert, juniors Butler and Dosunmu — is Cunningham, the favorite to be chosen first overall in the NBA draft. The calm freshman forward helped engineer an upset of Baylor in the Big 12 tourney and will lead the fourth-seeded Cowboys into the NCAA Tournament.

“Oklahoma State, last year wasn’t the year that they were proud of,” Cunningham said, “but I know there’s a bunch of guys that wanted to win and were going to do everything that it took to win. So having a group of guys like that, with the coach we have and staff we have, that's what I want to surround myself with.”

While the first team was full of upperclassmen, the second team belonged to college basketball's youth.

There was Suggs, the freshman who led Gonzaga to high-profile wins over Kansas and Iowa early in the season, and Timme, the sophomore who went from key reserve to crucial starter for the West Coast Conference champs.

Joining them were a trio of post players: Kofi Cockburn of Illinois, Hunter Dickinson of Michigan and Evan Mobley of USC.

“Very proud of Evan, his development,” Trojans coach Andy Enfield. “He’s really improved as a player throughout the season and we are going to need him to play at a high level starting the end of this week.”

Baylor's Mitchell was joined on the third team by Quentin Grimes, the high-scoring guard from Houston; Herb Jones of Alabama; Cameron Krutwig of mid-major darling Loyola Chicago; and Chris Duarte of Oregon.

Just like the first- and second-team All-Americans, their teams also will be playing in the NCAA Tournament this week.

“You never want to take winning for granted,” said Krutwig, a member of the Ramblers team that reached the Final Four in 2018. “We put a lot of hard work into it. But we were sitting there saying, ‘There’s so much more to go.'"