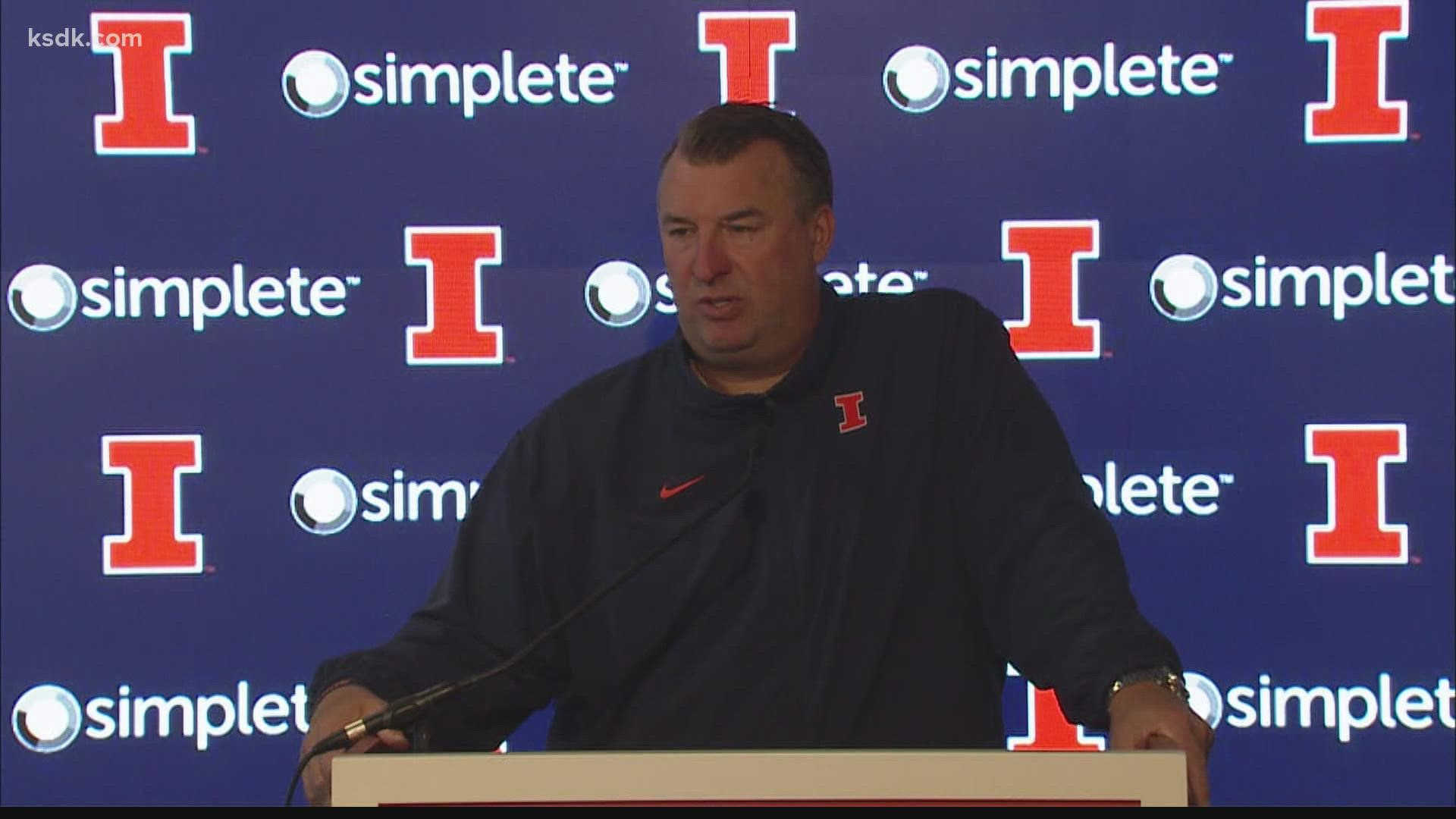 CHAMPAIGN, Ill. — Illinois coach Bret Bielema has tested positive for COVID-19 and will miss his team's game at No. 18 Iowa on Saturday.

Bielema said Tuesday he was tested for the coronavirus Monday night after developing mild symptoms during the day.

"I'm disappointed that I will not be with our team this week when we travel to Iowa, but I'm grateful that I'm vaccinated and received the booster shot last week," he said in a statement.

Bielema said without elaborating that "through technology" he would be "as present as possible." Assistant head coach George McDonald will be in charge during Bielema's absence. Bielema said he hoped to return to the team next week.

Athletic director Josh Whitman said the athletic department medical staff was monitoring the team and that precautions have been taken to limit a potential spread within the program. 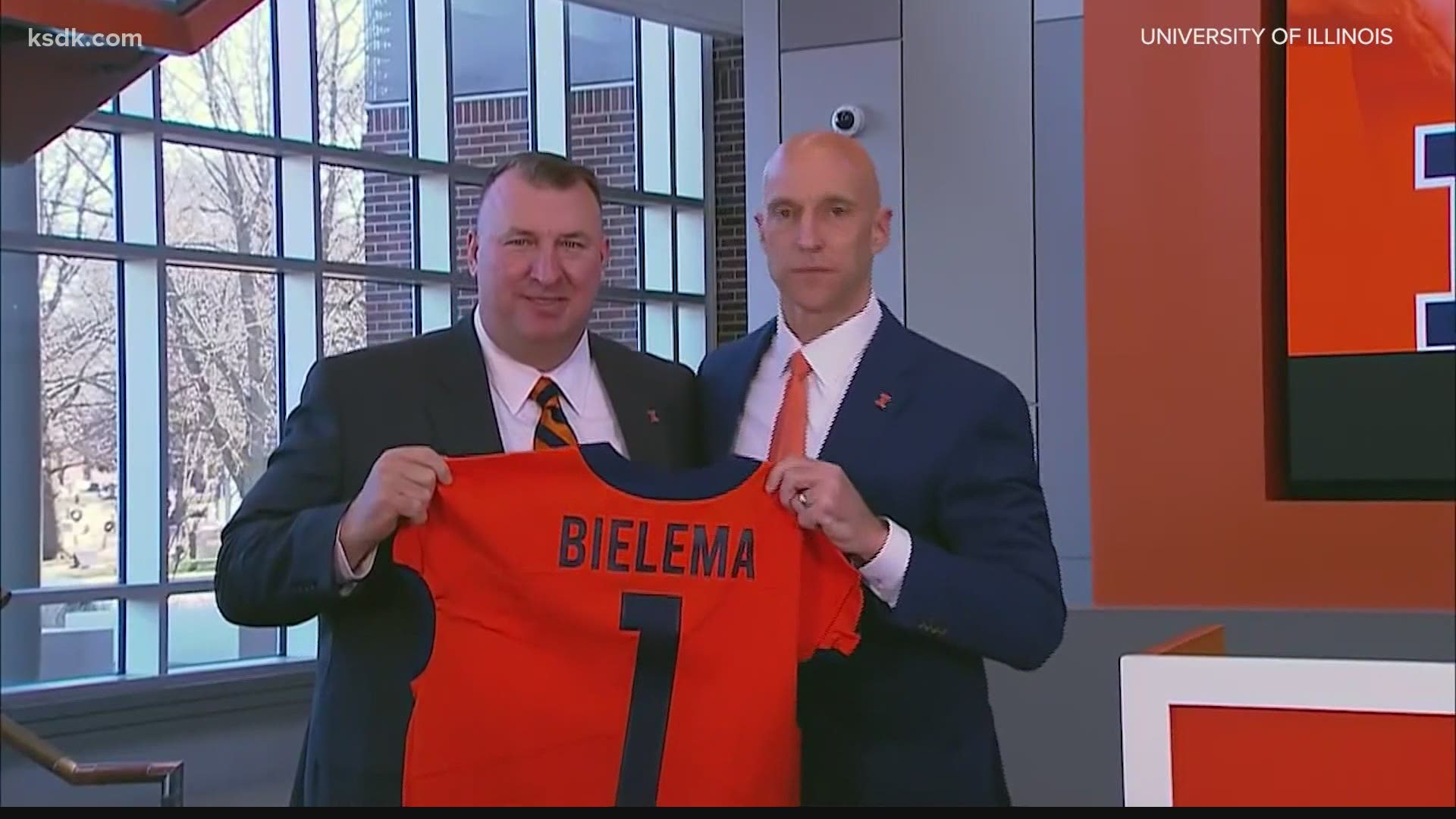