No. 8 Illini return with high expectations behind star duo 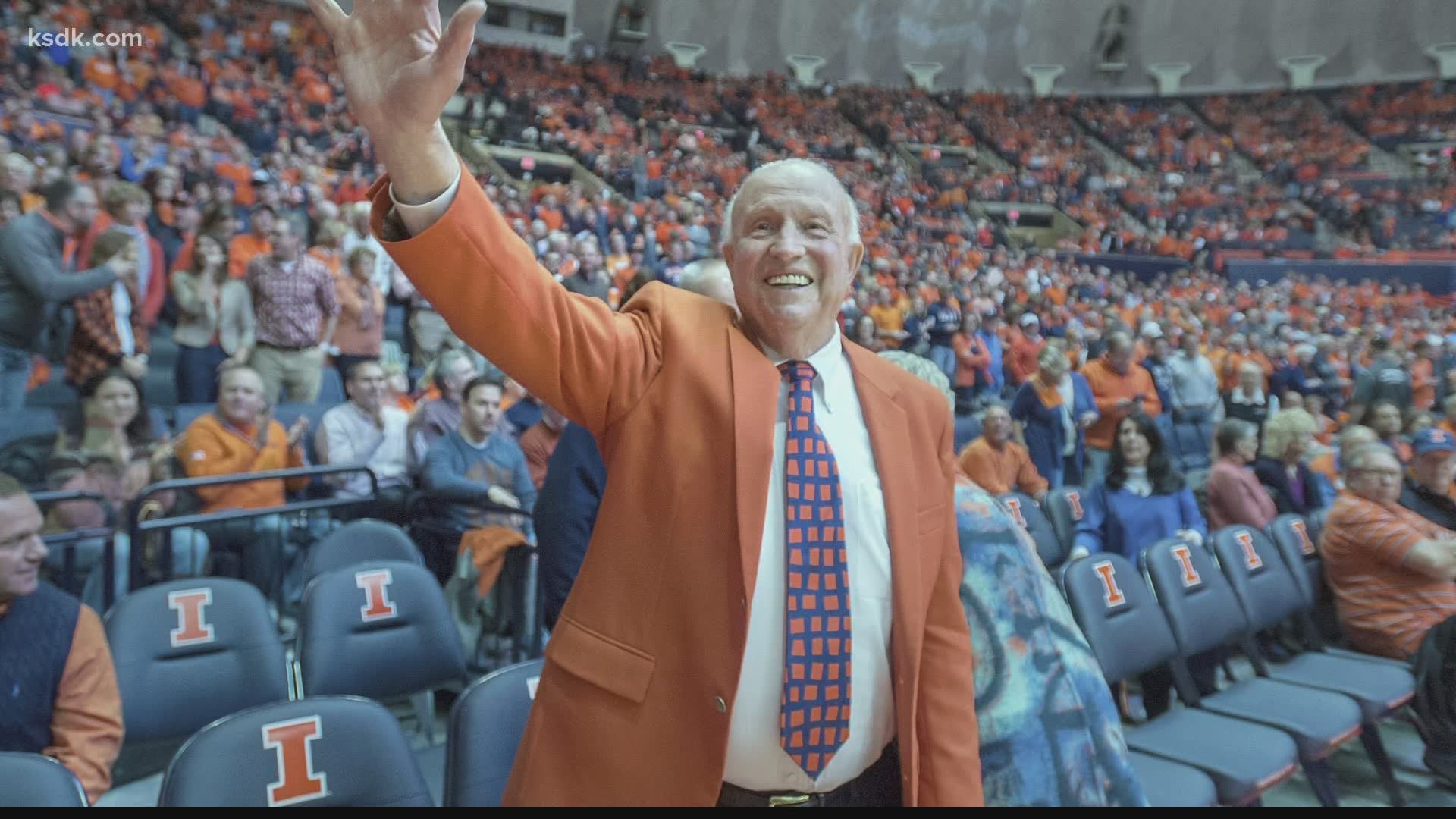 The return of stars Ayo Dosunmu and Kofi Cockburn has brought a sense of optimism and high expectations to an Illinois program that saw a magical season abruptly halted by the pandemic in March.

Dosunmu, a dynamic 6-5 junior, and Cockburn, a 7-foot sophomore, both tested the NBA draft waters before deciding to return for a shot at a Big Ten title if not a national championship. It was a boost Illinois fans needed over the long summer.

Excluding a scheduled Dec. 8 game at No. 9 Duke, the Illini have not announced details of when or who they will play once the season officially starts Nov. 25.

“Welcome to COVID 2020,” coach Brad Underwood said. “There are so many unknowns right now. I have all these plans on my desk to deal with whatever might come up. But what is known is our roster. I’m very excited.”

Part of what has Underwood excited is the cast of players surrounding Dosunmu and Cockburn.

Trent Frazier, a senior guard who started 30 games last season, is back along with Da’Monte Williams and Giorgi Bezhanishvili, who remains a key component despite the 6-9 forward’s slight regression in his sophomore season.

Jacob Grandison, a 6-6 swingman, sat out last season after transferring from Holy Cross, but can contribute off the bench. Adam Miller and Andre Curbelo, two four-star freshman guards, provide depth behind Frazier and Dosunmu in the backcourt.

“Our depth is a big part of how this works,” Underwood said. “We have great team chemistry and the guys worked hard all summer. It’s a real advantage having that kind of depth in this league.”

Dosunmu and Cockburn might be the best tandem in the Big Ten and one of the best in the nation. When Dosunmu decided to return, all eyes turned to Cockburn, who announced his decision the next day.

Dosunmu averaged 16.6 points, 4.3 rebounds, and 3.3 assists last year. Cockburn averaged 13.3 points and 8.8 rebounds and finished the season in the top five in both free throw and offensive rebounding rate in the league.

Jamaica native Cockburn credits Underwood and his staff for helping him decide to return.

“I didn’t expect this when I got here,” Cockburn said. “The coaches are great, they do a really, really good job. And the guys here boost our chances of winning, of doing what we can do this year.”

Dosunmu and Cockburn have been named Preseason All-Big Ten by the media. Illinois was one of two programs in the conference with two players apiece on the 10-player panel. Iowa was the other.

Dosunmu was a unanimous selection along with Iowa star Luka Garza.

Illinois is fairly sure its first game will be Nov. 25. But Underwood and his crew aren’t sure where or against whom.

The only game currently scheduled the December matchup at Duke as part of the Big Ten-ACC Challenge. There have been reports of Illinois hosting a four-team tournament to kick off the season later this month, but nothing solid exists.

“It’s incredible,” Underwood said. “We have a lot of questions, but not a lot of answers.”