In the midst of the 2020 COVID-19 craziness, Mizzou is turning heads thanks in part to their two head coaches leading the charge on the gridiron and hardwood 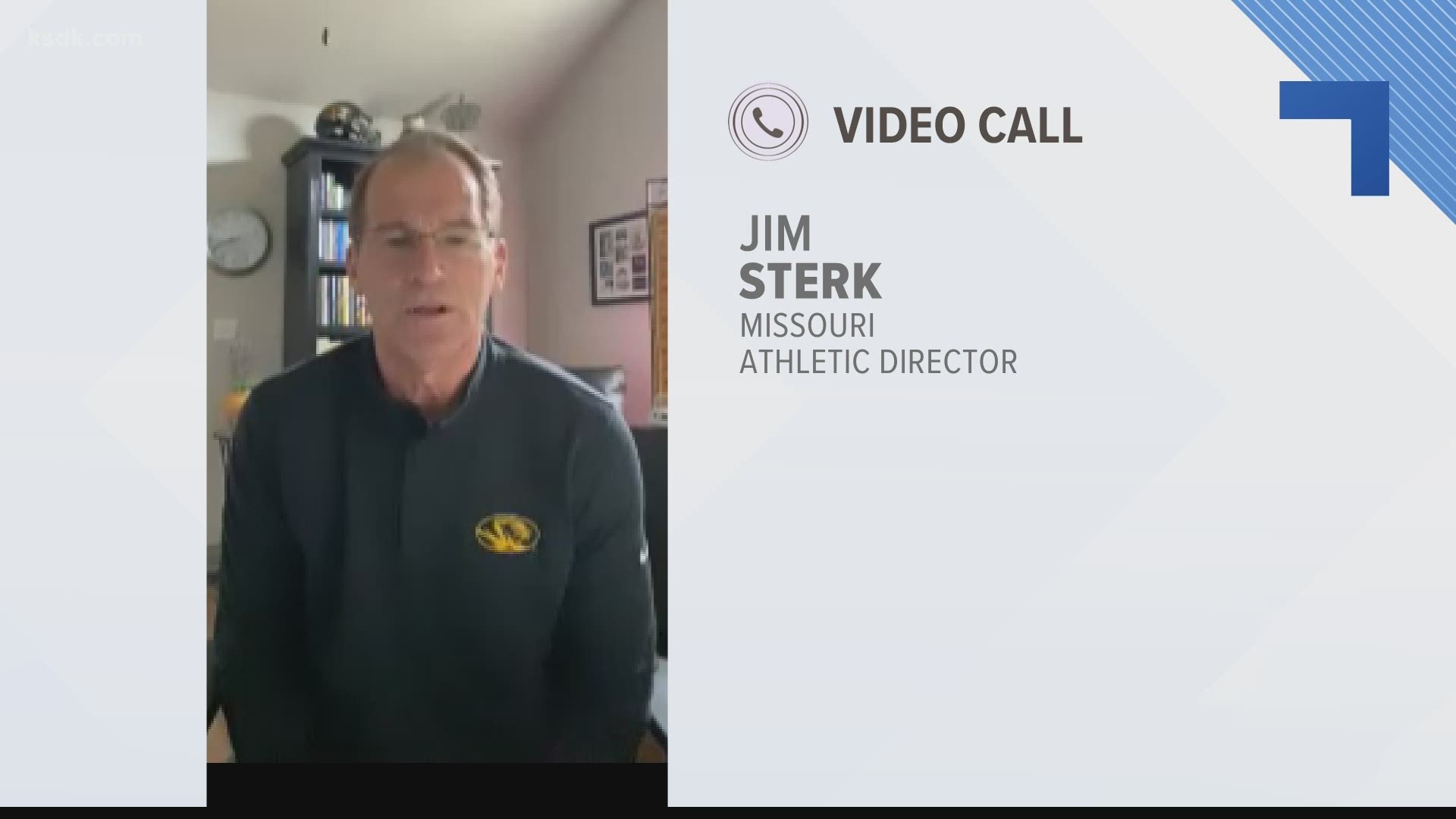 COLUMBIA, Mo. — If you're a Missouri Tigers fan, there's a good chance you feel better about your athletic program right now than possibly any time in the past few years.

Missouri is coming off a big win on the hardwood over a ranked Oregon team and head coach Cuonzo Martin has his veteran-laden squad thinking big.

Eli Drinkwitz has already outperformed expectations in his first year leading the Tigers on the football field - even in the middle of the pandemic - and has current players, fans and recruits buying into what he's selling.

Yes, it's a pretty good time to be Missouri Athletic Director Jim Sterk, all things considered.

In the midst of the COVID-19 craziness, Mizzou is showing up thanks in part to their two head coaches leading the charge.

Sterk had quite a bit of praise for both Martin and Drinkwitz, as he talked with 5 On Your Side sports director Frank Cusumano on Thursday.

Let's start with Martin. Cuonzo and the Tigers knocked off the No. 21 Oregon Ducks Wednesday night to move to 2-0 on the season, and put together one of the most impressive complete performances of Martin's tenure.

It's not a roster full of five star recruits, but it's experienced and Sterk credits Martin for building the team into what it looks like so far this season.

"I think what he's shown is you can build it with really quality kids who are high level and he helps make them better as a team and they're playing together really well," Sterk said.

Now to the gridiron.

Drinkwitz and the Tigers are coming off a drubbing of Vanderbilt for their fourth win of the season, which is a win total probably a decent amount of SEC pundits didn't think the Tigers would be able to get to. And they've got hopefully three more conference games and a bowl game to go.

"Given everything that's happened this year, if we can pull off 10 conference games and then go and play in a bowl game against another conference for our first non-conference game of the year, that would be a pretty special season," Sterk said.

As for the guy leading the Tigers to their impressive season? Drinkwitz has everyone buying in. The players are in a groove, the fans are fired up and the recruits want to come to Columbia.

Sterk said he knew pretty much right away in the interview process that Drinkwitz was going to be the right man for the job.

"He (Drinkwitz) just has that 'it' factor," Sterk said. "You know when I first talked to Eli I felt like he was a complete package, that he had great ethics, that he had great knowledge, that he might be an offensive savant type of guy that really causes defenses trouble and I think he's well respected."

Now if you're a Tigers fan, you know not to get too ahead of yourself right now. The Missouri athletic program has enough of a long history of disappointments to take every success with a grain of salt.

But right now at this moment in time, things are trending upward, and Mizzou's 2020 campaigns look like they could be a bright spot in a year with not a whole lot of those kind of things.

One thing is for sure. Sterk is encouraged by the current state of affairs.