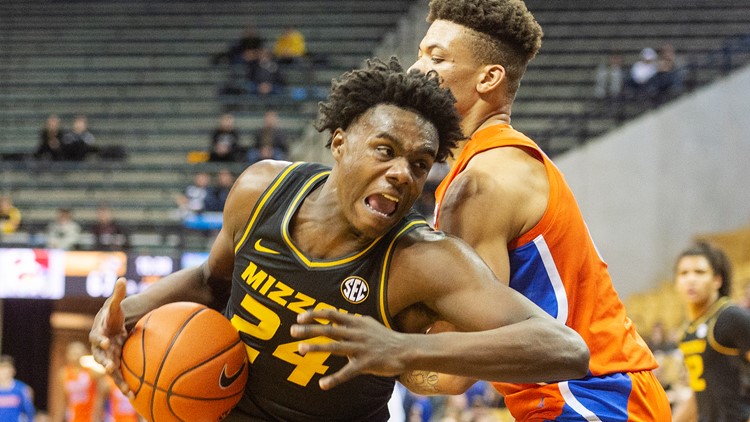 The Tigers jumped to an early lead and held Florida off the scoreboard for the first 2:54 of the game. Xavier Pinson forced a steal at the top of the arc and took it down the court in transition for a ferocious dunk over Florida's 6-foot-10 Omar Payne to push Mizzou to a 15-6 lead.

Mizzou scored a season-high 51 points in the first half to head to the locker room with a 15-point lead. The Tigers kept the momentum going in the second half, polishing off a 16-point win. Mizzou shot 61.5 percent from the field and 63.2 percent from beyond the arc, both season-bests. It marked just the sixth time Florida allowed 90+ points in a game since 2010.

With 8:28 remaining in the first half, Javon Pickett made a jumper in the paint to give Mizzou a 29-18 lead – its first double-digit lead of the game. The Tigers wouldn't allow Florida to pull within single digits for the remainder of the game.

Mizzou will travel to Starkville, Miss., to take on the Mississippi State Bulldogs on Tuesday night. Tip-off is scheduled for 8 p.m. and will be broadcast on the SEC Network.