Mizzou basketball cracks into the AP poll at No. 16 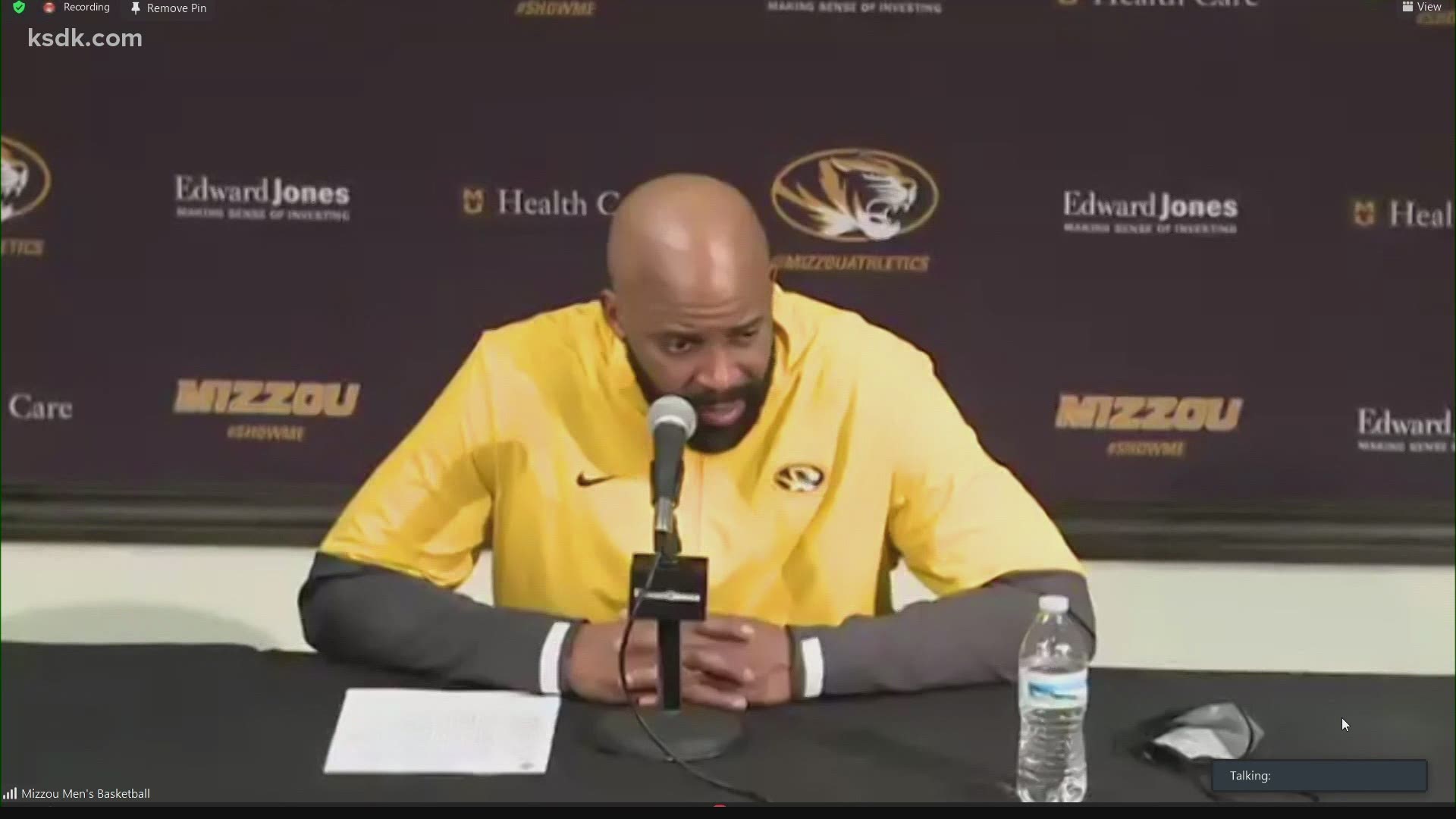 COLUMBIA, Mo. — Gonzaga and Baylor sit atop an unchanged top tier of The Associated Press men's college basketball poll, while West Virginia and Tennessee have cracked the top 10.

The top five teams remained in place in Monday's latest Top 25, with Mark Few's Bulldogs claiming 54 of 62 first-place votes to remain firmly in place at No. 1 for the fourth straight poll to start the season.

The second-ranked Bears claimed seven first-place votes. Third-ranked Iowa received the remaining one to finish ahead of No. 4 Michigan State and No. 5 Kansas. Houston, Villanova, West Virginia, Creighton and Tennessee rounded out the top 10.

Missouri cracked the poll at No. 16 after beating then-No. 6 Illinois on Saturday, securing the program's AP ranking since midway through the 2013-14 season. No. 24 Clemson and No. 25 Michigan were the week's other new additions.

Illinois and Duke had the two most notable slides. The No. 13 Illini dropped seven spots, while the No. 21 Blue Devils took the longest tumble by falling 11 spots after losing at home to Illinois.