Mizzou, Drinkwitz preparing for Florida as Gators grapple with COVID-19

Missouri and Florida are still slated to play Saturday, as the Gators look to return from a COVID-19 outbreak within the program 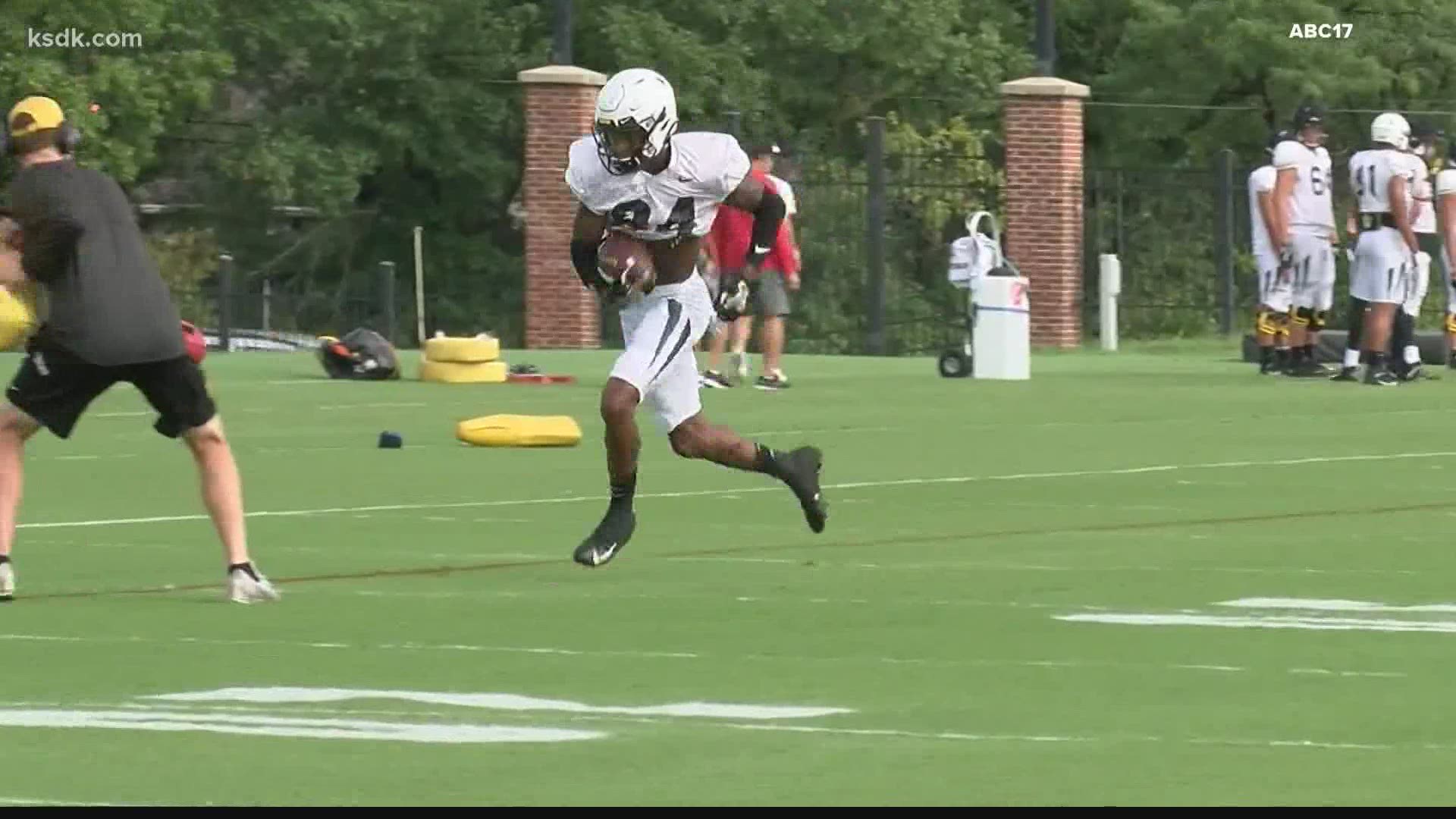 COLUMBIA, Mo. — For the first time in 21 days, the Florida Gators will play a football game on Saturday. At least that's the plan.

The Gators are slated to play the Missouri Tigers, while the Florida program continues to battle a COVID-19 outbreak within the program.

ESPN reported on Tuesday that the program has had six new positive tests in the past week, which brings Florida's total for the month to 37. The Gators did return to practice on Monday after two weeks off, and have had their past two weekends vacant of games while attempting to corral the outbreak.

Mizzou on the other hand, is coming off back-to-back wins over defending national champion LSU, and Kentucky, a program they hadn't beaten in five years.

The Tigers have been led by redshirt freshman quarterback Connor Bazelak and senior running back Larry Rountree on offense, and do-everything linebacker Nick Bolton on defense.

Breaking: Florida's football program has six new positive COVID tests in the past week, bringing the team's total for the month to 37.

The No. 10 Gators returned to practice and meetings starting Monday following a two-week hiatus because of a coronavirus outbreak. pic.twitter.com/HGkP6DHtd9

Missouri head coach Eli Drinkwitz said on Tuesday his program is down to just 64 scholarship players due to a combination of injury and opt-outs. He wouldn't dive into an injury/COVID report when it comes to this week's game, after Florida head coach Dan Mullen didn't do so during his media availability on Monday.

Florida's injury report has the potential to be much more impactful.

Mullen didn't say how many players practiced Monday, but said the team would field a 53-man roster on Saturday against Mizzou.

For Drinkwitz, he said he can't really get too caught up in what Florida is dealing with going into this week, and start speculating on who may be in or out.

Missouri has seen their schedule shift dramatically already this season, with LSU needing to travel and play in Columbia, the Vanderbilt game being postponed and eventually Kentucky taking Florida's place on the calendar this past week due to the Gators' outbreak.

"I think 2020 in general has taught us to be able to adjust. I think it was right before the first staff meeting of the walk-throughs I said the key word for our staff would be 'flexibility'. And being able to adjust based off whatever circumstances are presented to us," Drinkwitz said. "I mean it's snowing yesterday in Columbia and we'll be playing in 80 degree weather on Saturday. The reality of it is that it's all up in the air and you do the best with the information you have."

Missouri is currently 2-2 on the season, and in third place in the SEC East. A win against Florida would set up a pivotal match up with Georgia in two weeks.