"There's great players in St. Louis and Missouri and if the best players will play here in this state, then we can have the team all of us dream about having." 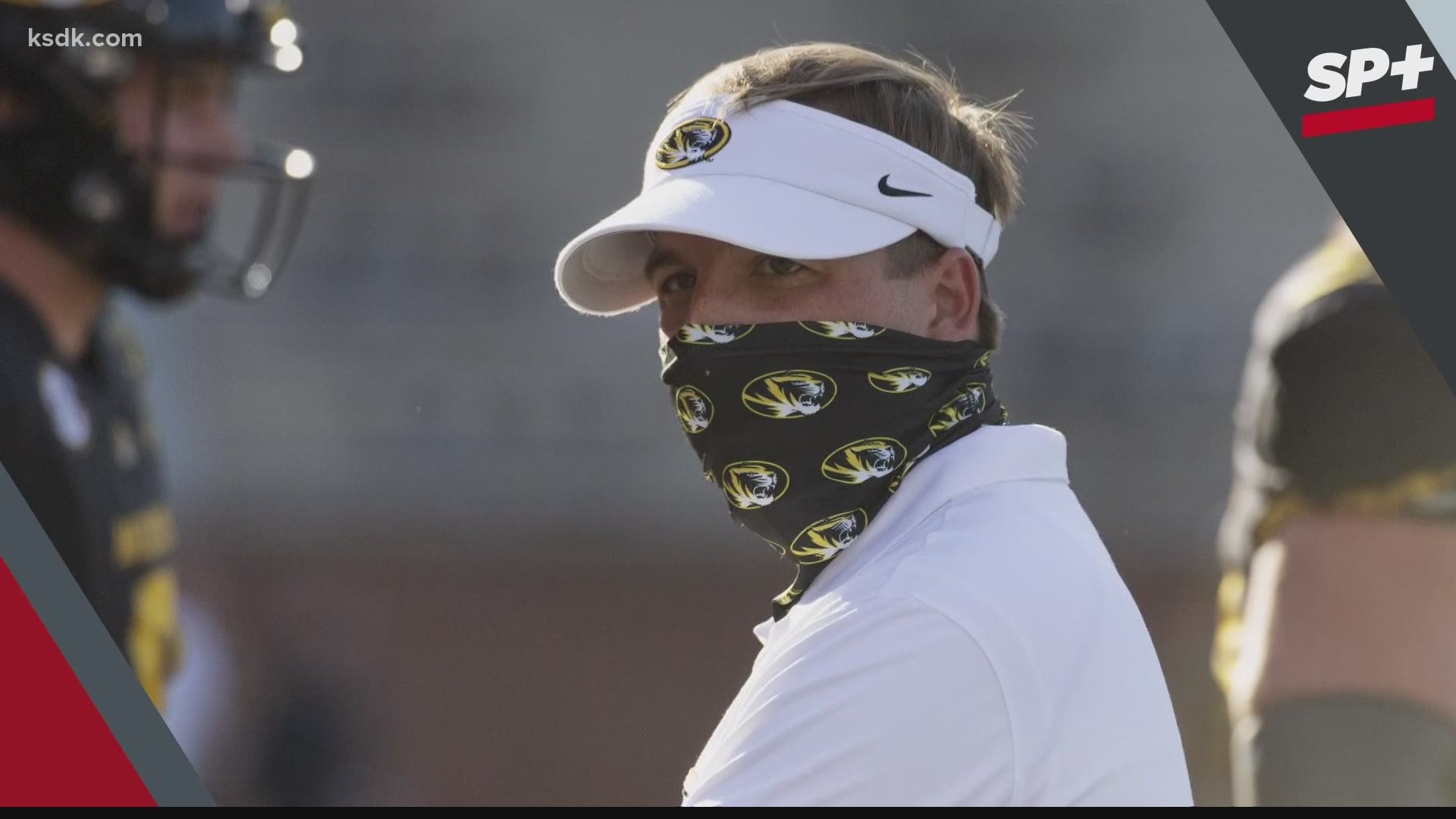 ST. LOUIS — In his first season at the helm for Mizzou football, Eli Drinkwitz had a lot to handle. Not only was he trying to establish his culture in a new program, he had a pandemic and one of the toughest schedules in the country to deal with.

And all things considered, Drinkwitz gave Mizzou fans plenty to be happy about and look forward to in his first season.

As his team opens spring practice in Columbia, Drinkwitz talked with 5 On Your Side's Ahmad Hicks for Sports Plus, about his upcoming second year on the job.

One of the highlights of Drinkwitz's time at Mizzou so far have been in recruiting wins. According to recruiting site 24/7, Drinkwitz landed the 28th best class in the country in 2021. Looking ahead to 2022, Mizzou is already sitting at the 16th best class.

And the emphasis has been clear. Players from the state of Missouri, especially the City of St. Louis are priority.

"I think we just put an emphasis on relationships and building this thing from the inside out. And definitely understand there's great players in St. Louis and Missouri and if the best players will play here in this state then we can have the team all of us dream about having. What we saw the Kansas City Chiefs do winning the Super Bowl and what we saw the St. Louis Blues do in winning the Stanley Cup, we can do right here with Mizzou football," Drinkwitz said. "But is starts here with us doing a great job making sure we keep those St. Louis players and players in the state of Missouri home."

But for Drinkwitz, it's not just about getting football players. It's about cultivating relationships with people. And he does manage to turn off that recruiting mindset to focus on what's most important.

"The best part about recruiting is the relationships. I'm a relationship-oriented person. So developing meaningful relationships with players and families that come into your program is something I really enjoy," Drinkwitz said. "I think the toughest part about is making sure you don't sacrifice family time for recruiting time. And there's a time when I get home from about 7 to 9 that I try not to do any recruiting or take phone calls, because that's my time to put my girls to bed and put first things first."

One thing Drinkwitz has done is land big recruits at positions the team already seems to be solid at, especially quarterback.

But if you're on coach Drinkwitz's team one thing is clear: Competition is good for business, and you better be ready to earn your spot.

"I saw this line I think was from General Colin Powell that said, 'The only thing better than a little competition is a lot of competition.' And we know that competition brings out the best in everybody. That for us is our number one core value. Always compete to be better today than you were yesterday and be better tomorrow than you were today. And so that's the message to everybody," Drinkwitz said. "If you want to be the best, come compete against the best."

As far as keeping the success rolling at Mizzou and becoming a force in the SEC, it's not all about recruiting. Drinkwitz wants a buy-in not just from his team, but from the entire state.

"It's going to take everyone in the state of Missouri. Not just the football coach, not just the football players. It's going to take the fans, the administration and everyone to have that type of attitude and mindset," Drinkwitz said. "Minimum input equals minimum output. And maximum input equals maximum output. We need out fans in the stands. We need to sell out Faurot. And we got to put a winning product on the field. Everyone has to do their part to be successful, and we're not there yet. We're taking baby steps and growing."

You can see more from our Ahmad Hicks' conversation with Drinkwitz on our YouTube channel by clicking here.