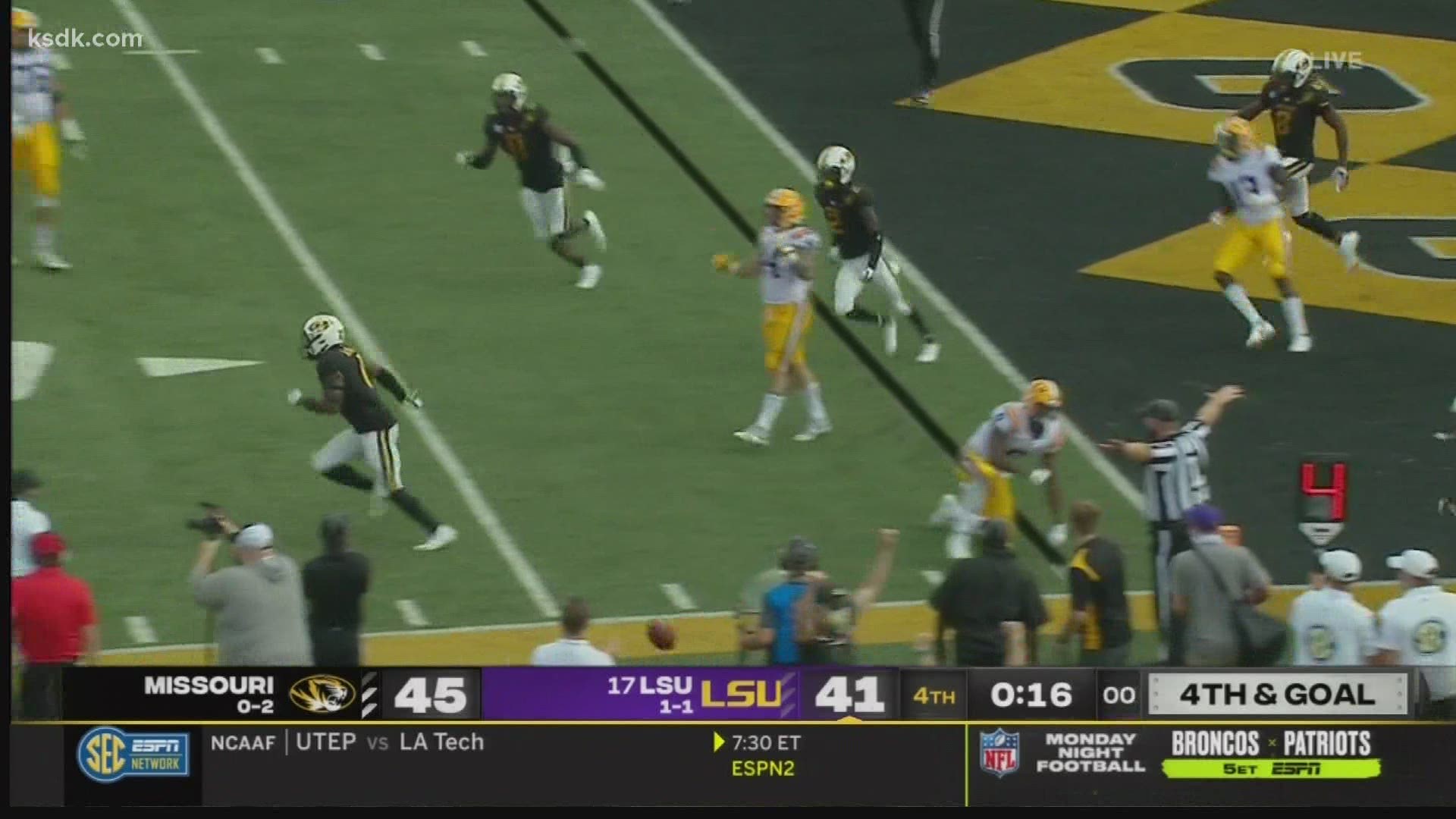 Redshirt freshman quarterback Connor Bazelak was named the Southeastern Conference's freshman of the week on Monday after a dazzling performance in Missouri's upset 45-41 win over defending national champion LSU in just his secord career start.

Bazelak completed 29 of 34 passes for 406 yards and four touchdowns in the victory. He's the first Mizzou freshman to throw four touchdowns in a game since Maty Mauk did it in 2013. Only five quarterbacks in Missouri history have thrown for more yards in a game than Bazelak did against LSU.

The win was Missouri's first over a ranked opponent since 2018, and was the program's first over a defending national champion since they defeated Notre Dame in 1978.

At one point, Bazelak completed 15 passes in a row for Missouri. That's the longest streak of completed passes since Chase Daniel threw for 20 in a row in 2008.

Missouri's next game against Vanderbilt scheduled for Oct. 17 was postponed on Monday, due to an outbreak of COVID-19 within the Vanderbily program.