'He can be one of the best to ever come out of St. Louis' | SLUH's Isaac Thompson gives Mizzou another big recruiting win in St. Louis

Bolstered by his local legend of a dad, 4-star SLUH recruit Isaac Thompson has big plans in mind once he puts on a Mizzou uniform 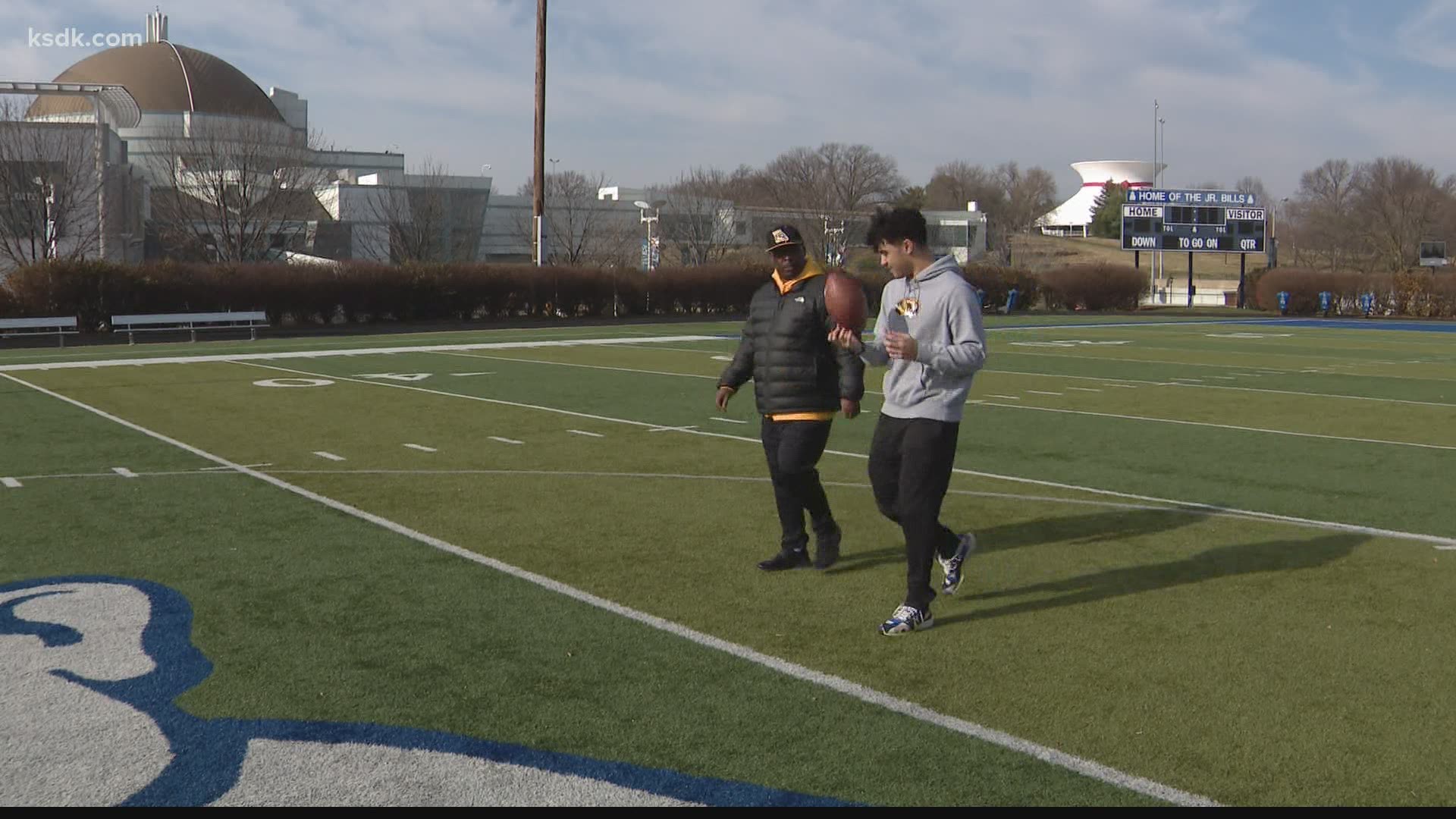 ST. LOUIS — Since coach Eli Drinkwitz arrived in Columbia, he's made it no secret. He's coming after the St. Louis recruiting scene.

It's one of Drinkwitz's biggest recruiting wins so far.

“After I got done visiting Michigan I knew Mizzou was the spot I needed to be at," Isaac Thompson said.

That's not something you usually hear on the recruiting trail.

But Isaac has a sort of a secret weapon in his recruiting process. His local legend of a dad.

Hickey Thompson ran for more than 3,000 yards for Althoff High School in Belleville before heading up to Michigan State for his college career.

And yeah, Isaac knows his dad was pretty good.

“He says every day how good he was. I’ve seen a few films. He was pretty good I’m not gonna lie but I’m gonna get him sooner or later," Isaac said.

“He’s walking in the same shoes I did some 30 years ago," Hickey said. “I pretty much told him every day when you pick it, pick it for the school.”

But the son is confident in his own abilities as well, and in his choice of college.

“I had a lot of schools recruiting me. A lot of big schools, and I think Mizzou is the best out of all of them," Isaac said. "It was close to home, it was in the SEC. You can’t get better than a coach that’s up and coming and has a great program coming up.”

And about that up-and-coming coach, Drinkwitz made his commitment to St. Louis clear from the beginning, and now he's walking the walk.

“He’s following through on what he said," SLUH head coach and former Missouri Tiger Mike Jones said. "I say this all the time when the university of Missouri is playing well they’re playing with Missouri kids.”

“They’ve been recruiting the heck out of St. Louis and done a heck of a job recruiting and I think it’s just up from here and they know that and that’s what they try to portray to me and other St. Louis kids," Isaac said.

Isaac still has a year of high school to go before he heads to Columbia to join the Tigers, and if you ask those around him, there's no limit to how good this St. Louis kid can be.

“He can be one of the best to ever come out of St. Louis." Jones said. "He has all the tools to be as good as he wants to be.”