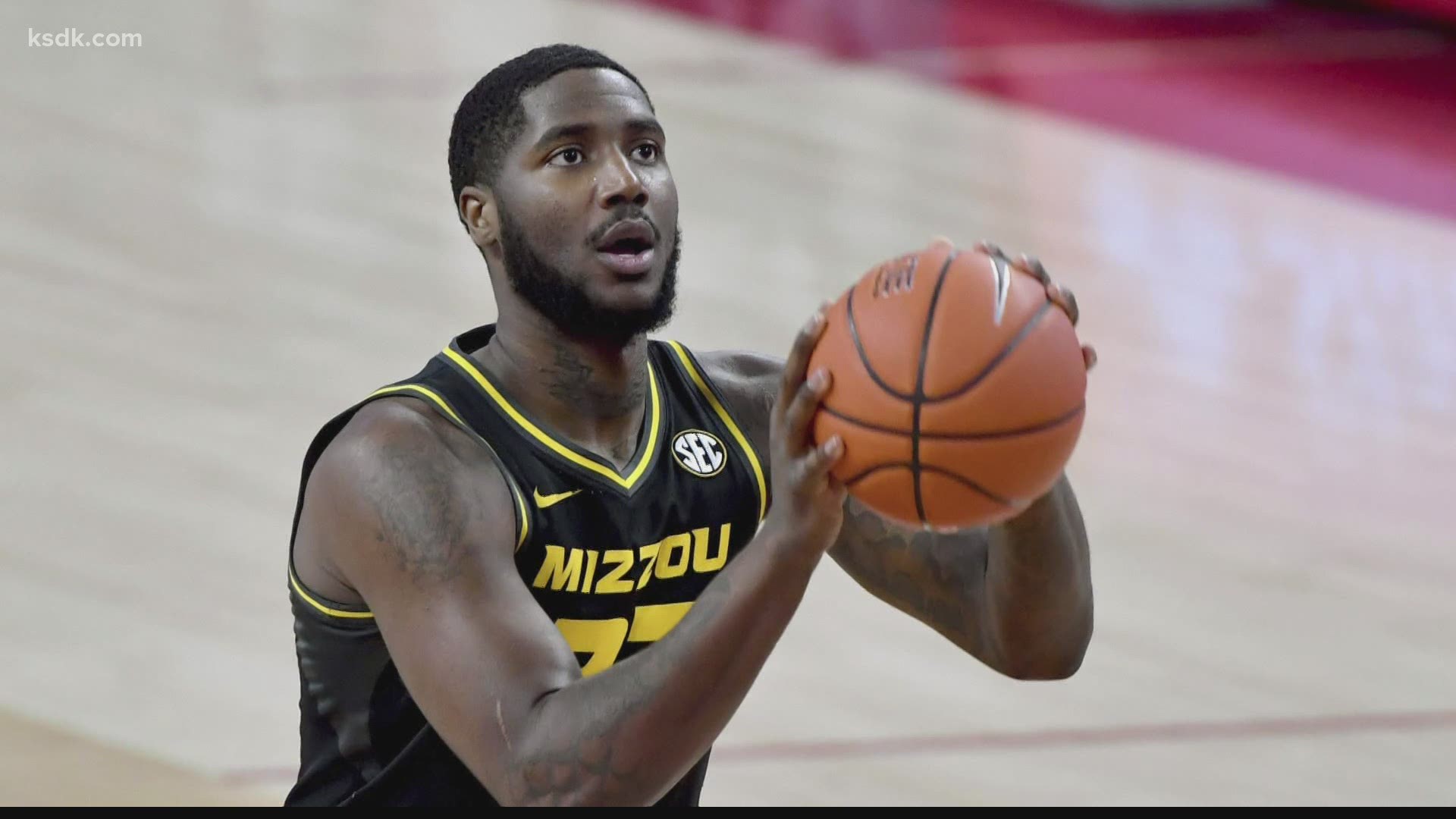 COLUMBIA, Mo. — Jeremiah Tilmon had 19 points and 10 rebounds in another efficient performance, and No. 19 Missouri beat South Carolina 81-70 on Tuesday night.

Tilmon, who came in shooting a SEC-leading 74% from the floor, improved on that mark by going 8 of 11. With the exception of a nine-point game against No. 6 Tennessee on Dec. 30, the big man has scored at least 14 points in every conference game.

“I’ve just continued to let the game come to me,” Tilmon said. “I’m still not forcing anything. I’ve been the same player since the beginning of the season, I would say. Things are just being better for me, I guess.”

Missouri jumped out to a 10-0 lead and didn’t allow South Carolina to get closer than five points the rest of the way. Up 45-34 at halftime, the Tigers weren’t quite able to turn it into a rout but were never seriously threatened.

The Tigers led by as much as 18 points in the second half, and the 81 points allowed by the Gamecocks were a season high. Missouri also outscored South Carolina 20-7 in transition.

“You want to get up and down and play, you want to have some excitement,” Tigers coach Cuonzo Martin said. “The key is you have to continue to grow in that role and how you play that way, that pace you play. But you’ve got to still be tough defensively to get stops.”

Reserve Keyshawn Bryant scored 19 points for South Carolina (3-4, 1-2) and Trey Anderson had 17, also off the bench, as 45 of the Gamecocks’ points came from substitutes. South Carolina's leading scorers, A.J. Lawson and Jermaine Cousinard, combined for 11 points on 4-of-20 shooting.

The Tigers committed 19 turnovers, but the Gamecocks only scored 18 points off them. South Carolina tied its season high with 70 field goal attempts, but shot 38.6% from the field. The Gamecocks also struggled from the free-throw line, going 8 for 19 (42.1%).

“If you’re not going to defend, offensively you’d better make shots,” South Carolina coach Frank Martin said. “Our defense ... it was not good against LSU the other day, and it was definitely not good today. You’re not outscoring good teams on the road. You’d better defend.”

MAN IN THE MIDDLE

Tilmon has evolved into one of the SEC’s premier big men. The 6-foot-10 senior entered the game averaging career highs in both points (16) and rebounds (7.8) during league play. His double-double Tuesday was his fourth in six games.

South Carolina: Martin returned to the sideline for the first time since his second positive COVID-19 test — he previously caught the virus last summer. Assistant Bruce Shingler filled in as acting head coach during Martin’s absence. Tuesday was South Carolina’s second game in four days after previously playing two games in 41 days due to a litany of COVID-19 issues.

Missouri: Since an 11-day pause due to COVID-19 issues, the Tigers have put up two double-digit victories in a row. Missouri also cracked the 80-point barrier for the fourth time this season, improving its record to 4-0 when doing so.