When could the Billikens be back on the court?

The No. 25 ranked SLU Billikens haven't played a game since late December because of COVID-19. Here's a look at when they may get back 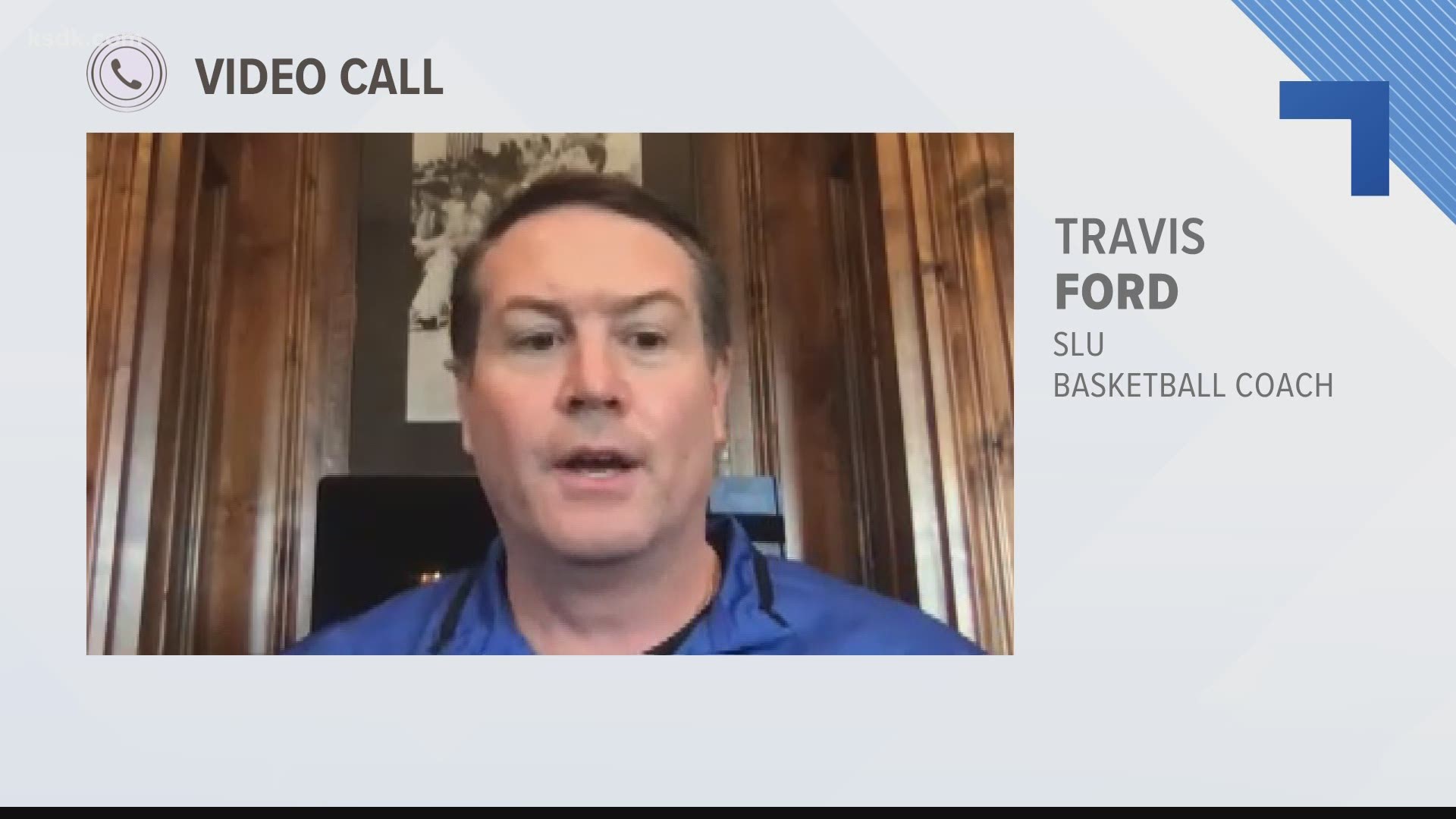 ST. LOUIS — We haven't seen the Saint Louis University Billikens on the court since Dec. 23 in a win over Kansas City. Now, finally, the team looks like it could be nearing a return.

SLU has been on a pause since Dec. 30, 2020, after multiple players in the program tested positive for COVID-19. The virus spread to infect a large number of players and staff, including head coach Travis Ford.

So far, the Billikens have had six of their Atlantic 10 Conference games postponed, and have announced Saturday's game against St. Bonaventure will also be postponed as the team works its way back.

Back at it on Friday. Next scheduled game is Tuesday, Jan. 26, vs. Dayton at Chaifetz Arena. #TeamBlue 🔵 https://t.co/XTIslhgqev

The team said Wednesday they will resume practice on Friday. For the past few days players who have been able to do so have been getting in workouts alone or in small groups.

"Yeah, we're doing them in groups, you know, we're slowly adding players. Not only adding players, but every player has a designated time that they can go and they work up from 15 minutes. They go 15 minutes one day, 15 minutes the next day, then they go up to 20 for two days and they go to 45 minutes for a day and then they can be released," Ford said in an interview with 5 On Your Side's Frank Cusumano on Tuesday. "So if you were a positive on our team you were quarantined or isolated for 10 days and then once you come out after those 10 days, you still have seven more days before you can full go any live action. You don't do any live action play and you're at a very minimum as far as minutes is concerned, up until day seven. So that's really what's kept us out for so long. Is that seven day period."

As of now, the Billikens' next scheduled game is for Tuesday, Jan. 26 against Dayton at home.

"We have a game Saturday, that we have scheduled but it most likely won't be played either right now. The goal might be to next Tuesday, a week from today could be a goal but I'm not even setting that day," Ford said Tuesday. "I'm taking it one day at a time. Right now, I just don't know how my team is going to respond with so many players having tested positive. I don't know exactly what it's done to their bodies, and I want to make sure they're okay, physically and mentally before we throw that ball up again."

The Billikens were 7-1 on the season before the team had to pause activities, and actually entered the AP Top 25 poll while they were quarantined. SLU is ranked No. 25 in the most recent poll.

SLU has 10 games remaining on their A-10 schedule as it currently stands.