From youngsters finishing off a World Series to veterans soaking up their final years on the field, Yadier Molina and Adam Wainwright have had a storybook ride 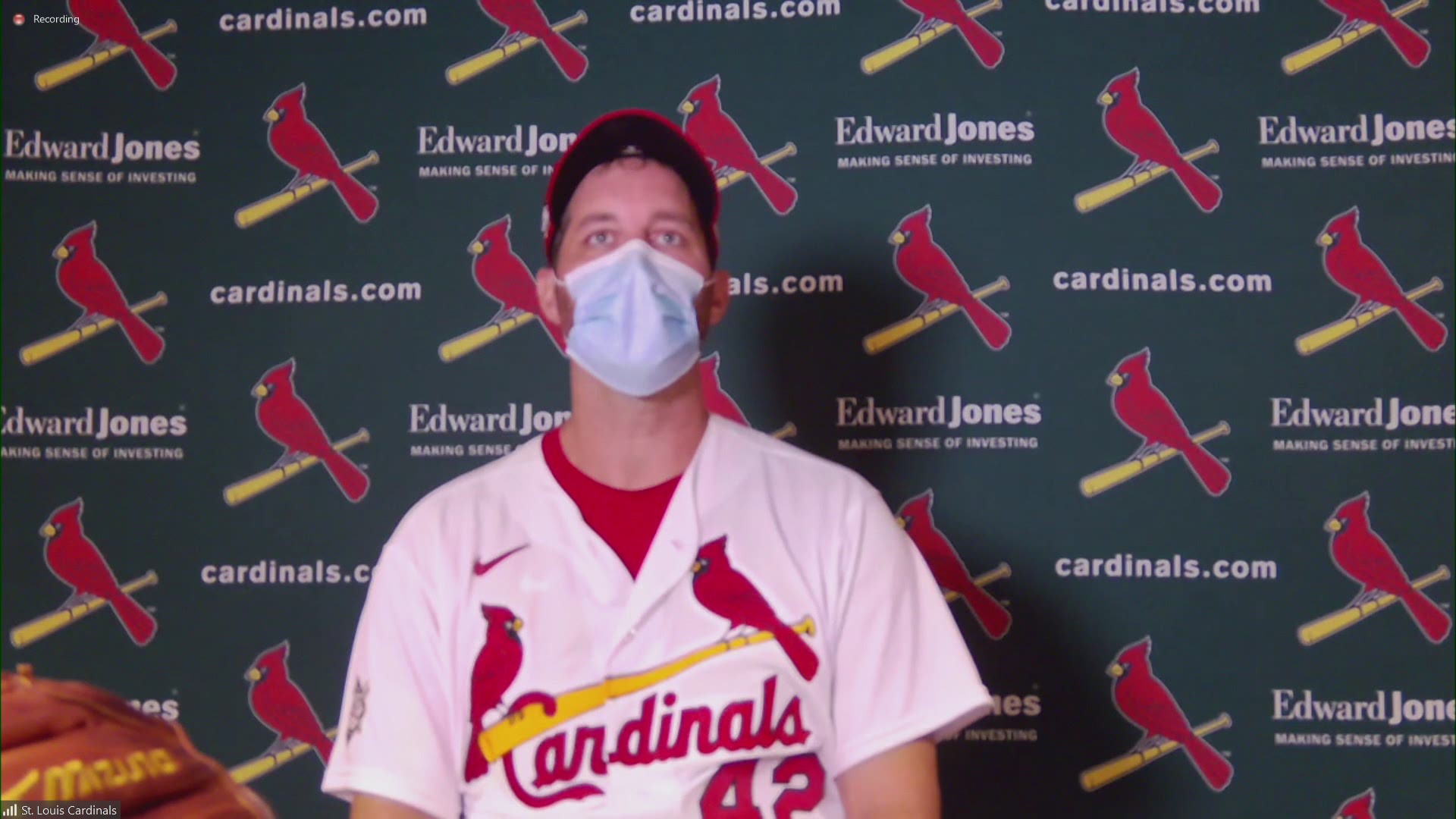 ST. LOUIS — Sunday was a confluence of events at Busch Stadium.

The Cardinals' 38-year-old catcher Yadier Molina was appearing in career game number 2,000. The oldest player in the National League, Adam Wainwright, was on the mound celebrating his 39th birthday and facing his 29th team in his career (which is the entirety of the league, other than the Cardinals).

Sunday's game was the 259th time Molina and Wainwright had combined for a start. That's the sixth highest total in MLB history, and the highest since 1975.

But with both players approaching 40 years old, each new moment does take on some more meaning. Just ask them.

"I couldn't sleep last night thinking about it (the Sunday start)," Molina said. "It's really special to be in this moment with him. To be with him for this many years, and on his birthday to do that, it's unbelievable. It's going to be a moment we remember forever."

"I just had to take a little cry break," Wainwright said before he talked to the media after the game.

"When you think you're done a few years ago and you'er able to throw a complete game a couple years later. It's a crazy life. It's a crazy game. I'm so blessed."

From the final strike in Game 7 of the 2006 NLCS in New York, to Sunday's COVID-19 influenced celebration after the final out against Cleveland, there have been a lot of memories in-between.

And that mask celebration after the complete game? Of course the two St. Louis legends had it planned.

"I know six feet apart is the real deal or whatever, but, there's not anything in the world that could've kept me from hugging Yadier Molina right there," Wainwright said.

Those special moments over 14 years aren't just something for the fans to enjoy. Wainwright and Molina know how special their collective baseball journey is. It means something.

"Yadi and I have gotten to do a lot of cool things. I've told ya'll this before and I'll tell you again... One of the things I'm going to be most proud about when I look back at my career was being able to pitch to Yadi all these years," Wainwright said.

But how many more of those moments will we get? After all, baseball players can't play forever.

Both Molina and Wainwright's contracts are up at the end of 2020. They've both expressed the desire to play beyond this year, and their production has backed up the notion they can do it.

But will a 39-year-old Molina and 40-year-old Wainwright together with the Cardinals in 2021? That's their plan, if the team is on board.

"We want to be together. Could be here, could be anywhere. We don't know. We're just trying to finish the season the way we can and have fun this season. After that we're going to think about it and see our next step," Molina said.

"Hopefully they'll have us back here. Hopefully we have a few more years in us to win some games and to win some World Series's here. But you never can tell. I'm living one day at a time," Wainwright said. "But I know when I'm out there I love pitching to number four. He's my man. He's my brother, my friend and I'm honestly just very spoiled to be pitching to him."