Commentary | Blues have idea who they could face in first round, only focused on finishing strong in round-robin

The Blues got back to work Saturday in what Sanford called a pretty intense practice after having Friday off but included a players-only meeting.

ST. LOUIS — The picture became a whole lot clearer for the Blues regarding their first round opponent in the Stanley Cup playoffs.

The NHL's version of 'Black Friday' produced a number of results that whittled the opponent possibilities down in the Qualifier Round, and it all comes down to this for the Blues in their final tune-up game in the round-robin portion on Sunday at 2 p.m. (NBC, ESPN 101.1-FM):

* A win against the Stars and the Blues go in as the No. 3 seed and will face the Calgary Flames.

Common sense will see players peeking ahead at what's most important, and obviously, once the playoffs get underway next week, it's for real for everyone and it's all for keeps, but the Blues, who have dropped their first two round-robin games, 2-1 to Colorado and 6-4 to Vegas, it's all about a singular focus.

"I think tomorrow's our main focus right now," forward Zach Sanford said. "We still don't know who we're going to be playing in the first round. Tomorrow has an impact on that. No one's really gotten to our game or played how we want to play. Our biggest focus is tomorrow and doing that.

"We haven't been putting our best effort out there. ... Tomorrow, it's just outworking them."

The Blues got back to work Saturday in what Sanford called a pretty intense practice after having Friday off but included a players-only meeting.

"We had a stretch in the morning and we had a players' meeting just to talk about how it's been since we've been here," forward Sammy Blais said. "All the guys just tried to relax a little bit yesterday and just get ready for practice today."

"It's always good when you can get the whole group together and talk with everyone and kind of get everyone on the same page," Sanford said. "Especially with the veterans and the leaders we have on our team, they always have good input. I think especially for us younger guys, it's good to hear what they're seeing and what they're thinking. Hopefully we all took the same thing out of it and are on the same page going into tomorrow."

Blues coach Craig Berube, who said after the loss to Vegas the Blues have to raise their compete level much higher than what it's been since the Blues arrived in Edmonton, didn't mind the meeting.

"Players are not happy with their game right now and it's a good thing. It's good leadership by our leaders.

"... Our practice was good today. I thought it was a pretty business-like practice today, which was good to see. I think our guys have not liked the way they've played. They realize they've got to amp their game up here. We've got one game left before the real thing starts. Tomorrow, I think we'll have a good game. I think our guys are ready."

The Blues have looked very disjointed on the ice in all three games, including the exhibition loss to Chicago on July 29. That aggressive, heavy, forechecking team that possesses pucks and wears teams down.

Forward Troy Brouwer said after the loss Thursday the Blues' first forward in or the F1, isn't getting a jam on the puck enough for the F2 and F3 to join in and counter numbers the opposition is trying to utilize. It's enabling for easier breakouts, as was evidenced by the game against Vegas, and in turn, the Golden Knights were able to get pucks in on the Blues' defense and go to work themselves looking much like the Blues do when they're at the top of their game.

"Our forecheck's not very good these two games," Berube said. "I don't think it's aggressive enough. We're not putting pucks in good areas and we're not getting two guys in on the forecheck quick enough. You've got to get in there with numbers right away. Vegas just had three guys around the puck to our one or our two and you're probably going to lose most of those battles. We talked about that, showed some video. We've got to do a better job on our forecheck. That's a big part of our game and retrieving those forechecks and winning those puck battles and then having the extended o-zone time. That's a big part of it."

When the forecheck isn't on in the offensive zone, the Blues were spending too much time in their zone, and in turn, it led to turnovers and not-so-clean breakouts that resulted in a three-goal third period for Vegas, and including the loss to Colorado, the Blues have been outscored 5-0 in the third period, the only two times they've lost in regulation when holding a lead after two.

"I mean obviously they're good teams," defenseman Colton Parayko said. "They've got good players that work a good system and there's no doubt about that. I think it's just one of those things where we've got to stay tight, make sure we're communicating with each other, know where we are on the ice and obviously just play the system the same way and from there it should be easy. Obviously mistakes are going to happen, that's obviously part of the game. But that being said, the way we play, we do a good job of staying tight, communicating, good on the ball, finding guys in the middle coming out of the zone. No doubt that we're going to work on that, and we're going to get better going into Sunday against Dallas and obviously into the first round. Looking forward to that."

The Blues are expected to play a full lineup, including forwards Vladimir Tarasenko and Robert Thomas, who both sat out Thursday's loss for precautionary reasons. And Jake Allen will make his first start of the Return to Play Plan (he played the third period of the exhibition game against Chicago).

Allen went 3-0-0 with a 1.62 goals-against average and .939 save percentage against the Stars during the regular season.

* NOTES -- So far through two games, top-line forwards Jaden Schwartz and Brayden Schenn have produced just five shot attempts and only one on goal (Schwartz), one blocked and three off-target.

Granted, they only got in one game with Tarasenko, Jordan Kyrou made his NHL postseason debut with them on Thursday and both Schwartz and Schenn are so involved in other areas away from the puck, including hitting and defending, but in order for the Blues to do more on the offensive side of the puck and not lose the Corsi battle 71-28 like they did Thursday, two of their top horses need to get more pucks to the net moving forward.

"A lot like our whole team, they've got to get in there more and be a harder forechecking line and possess the puck more, get numbers in on it and go north more," Berube said. "They're not playing the way they need to play. They will. They'll get there. Vladi will be back next game, so I expect that line to be good." 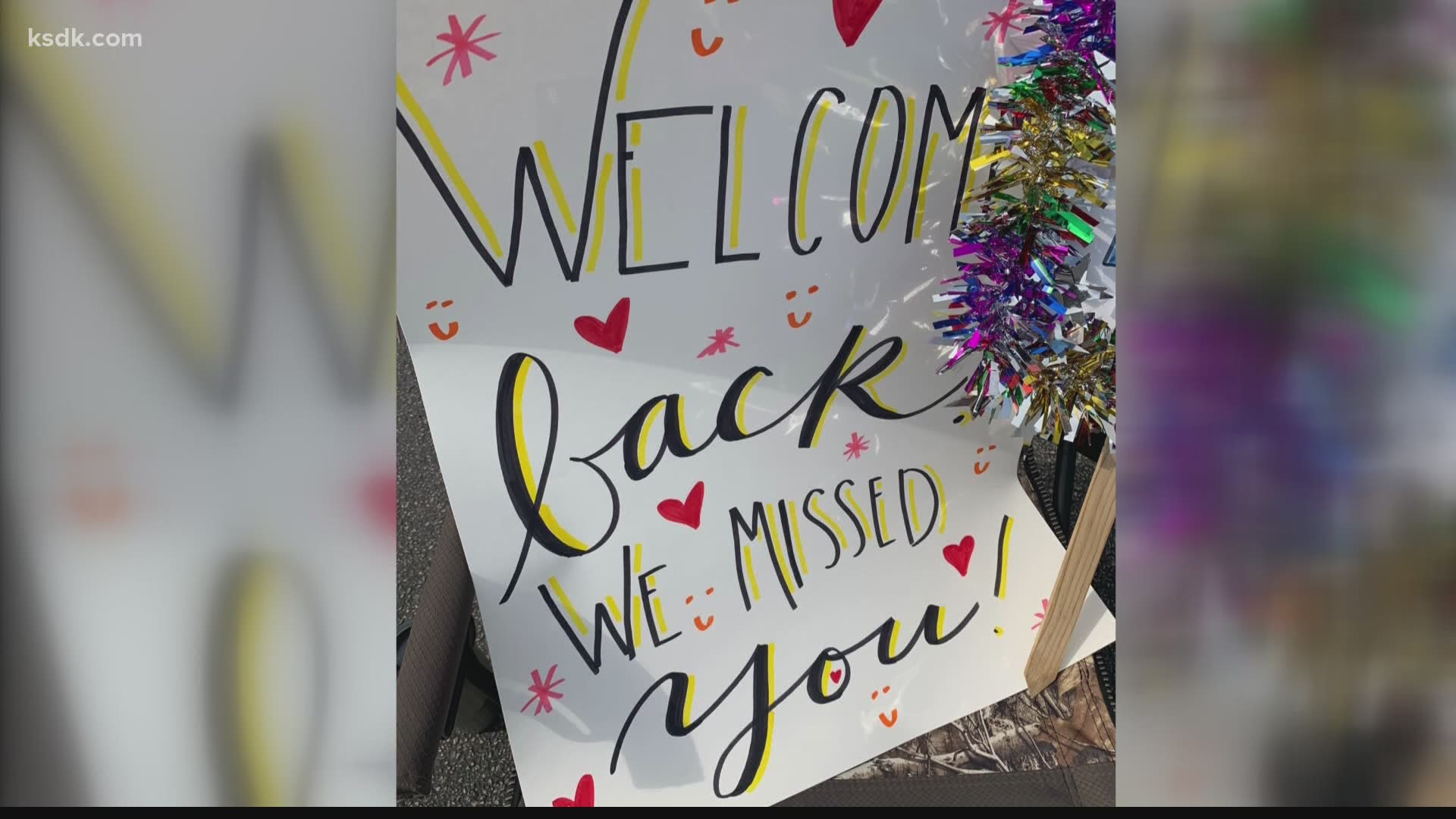