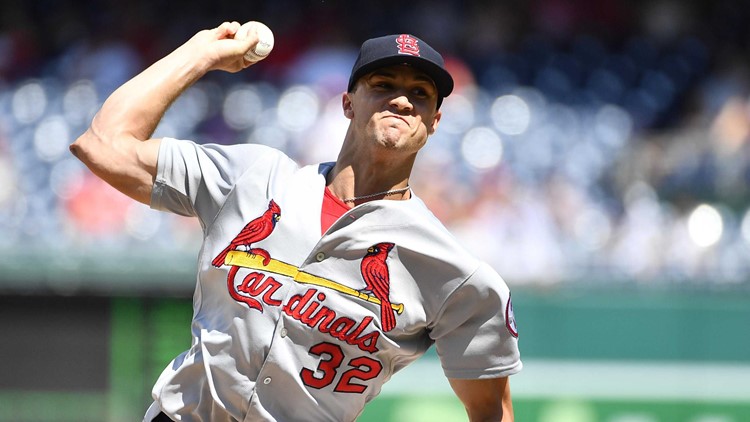 Buffa's Buffet: Why the Cardinals are closing the gap on the Cubs

Live from Princeton Heights, let's talk about a few things before the remnants of Hurricane Gordon wash us out of our homes and into the streets.

Cardinals closing the gap on the Cubs

Friday morning does show the Chicago Cubs ahead of the St. Louis Cardinals in the standings by five games, but mark my words, the gap is narrowing. The robust young pitching of the Cardinals will only grow bigger and better with each season, and their spending can match the Cubs in every department moving forward. The Cubs are getting older in certain areas, and handed Yu Darvish the worst contract in of the past five seasons. Chicago won't drift away due to the offices of Rizzo and Bryant, but the Cardinals' comeback this season shows just a hint of the attack that will develop over the next 3-5 years. Unlike Theo Epstein's group, the Cardinals won't have to lose terribly for five seasons to get back to the World Series. The Cards' worst season will consist of 83 wins. Oh, just wait.

Colin Kaepernick/Nike boils down to choice

I don't have a strong horse in this race, because I feel like many voices have burned this topic to the ground, built it back up, and burned it down again. Here's the thing: this all begins and ends with free will and choice. Kaepernick did nothing wrong here. He simply made a choice. He isn't slamming the military or hard-working folks overseas when he took a knee, but people continue to slander him for it. What do we tell our kids as they grow up...don't be afraid to do the hard thing in order to make yourself heard. Kaepernick isn't hurting anyone with his actions. People just don't agree with his actions and choice, so they are burning their NIKE gear since the ex-football star became their spokesperson for the 30-year anniversary. Instead of donating those shoes, they are burning them. Now that's a bad choice. Stop worrying about what Kaep is doing and worry about your own choices.

Make no mistake, LouFest wasn't canceled due to unfortunately timed media coverage; it was canned due to inadequate management. When you don't pay your bills, things get shut down. It's as simple as that, unless you want to point fingers at St. Louis for the hundredth time for messing something up. The Lou is the unfortunate party here, the victim of poor event organizers not managing their money and assets correctly. The independently owned businesses-breweries, restaurants, local entertainers-took the hardest hit from this situation. The good thing is people are still relatively good and kind. Robert Plant and The Heat and the Heart are honoring music fans and playing shows this weekend. We Are Live! moved the comedy to Southtown Pub. Arch Apparel is throwing a block party over in Crestwood. The failures of a few won't derail the rise of the true hard-working souls in this city. LouFest bosses, be better next year. This was bad.

If you want great food and great people under one roof serving wicked Bloody Marys and delicious food, stop thinking about it and head over to Russell's On Macklind. You'll walk in the door and be greeted by the tough-looking yet kind-hearted Faron, who will hand you off to the unbelievable cool Nikki or the earnest Justin. For me, the restaurants that keep me coming back are the ones that have great service and consistency in their menu. I'm not kidding about the food. The steak and eggs special will blow your mind, and the lemon-pepper infused biscuits and gravy will send you into a Sunday food coma. You may miss three innings of the Cardinals game after eating this level of food, but your foodie soul will be satisfied. The pastries are great finishers, but if you want to finish strong, get the parfait. The food is great, and the people are even better.

*Eminem's secret album is bad. I'm talking U2's automatic Apple download bad. He dropped it out of nowhere for a reason. Marketing would have been a rough one.

*The best thing about September is the end of lawn mowing season is upon us.

*The NFL has returned, and I couldn't care less. I have no time in my life for that trash league. I hope the Rams go 0-16 and Tom Brady throws 35 interceptions.

*The new season of Netflix's Ozark is good, but needs a true kicker to get this second season going.

*Better Call Saul is quietly one of the best shows on television. The slow descent of Jimmy McGill into Saul Goodman is upon us and I can't wait.

*Last, but not least. Ladies and gents, please take care of your teeth. The dentist visits will go smoother.