After all, this is the greatest sports story of my life. See you at the parade. 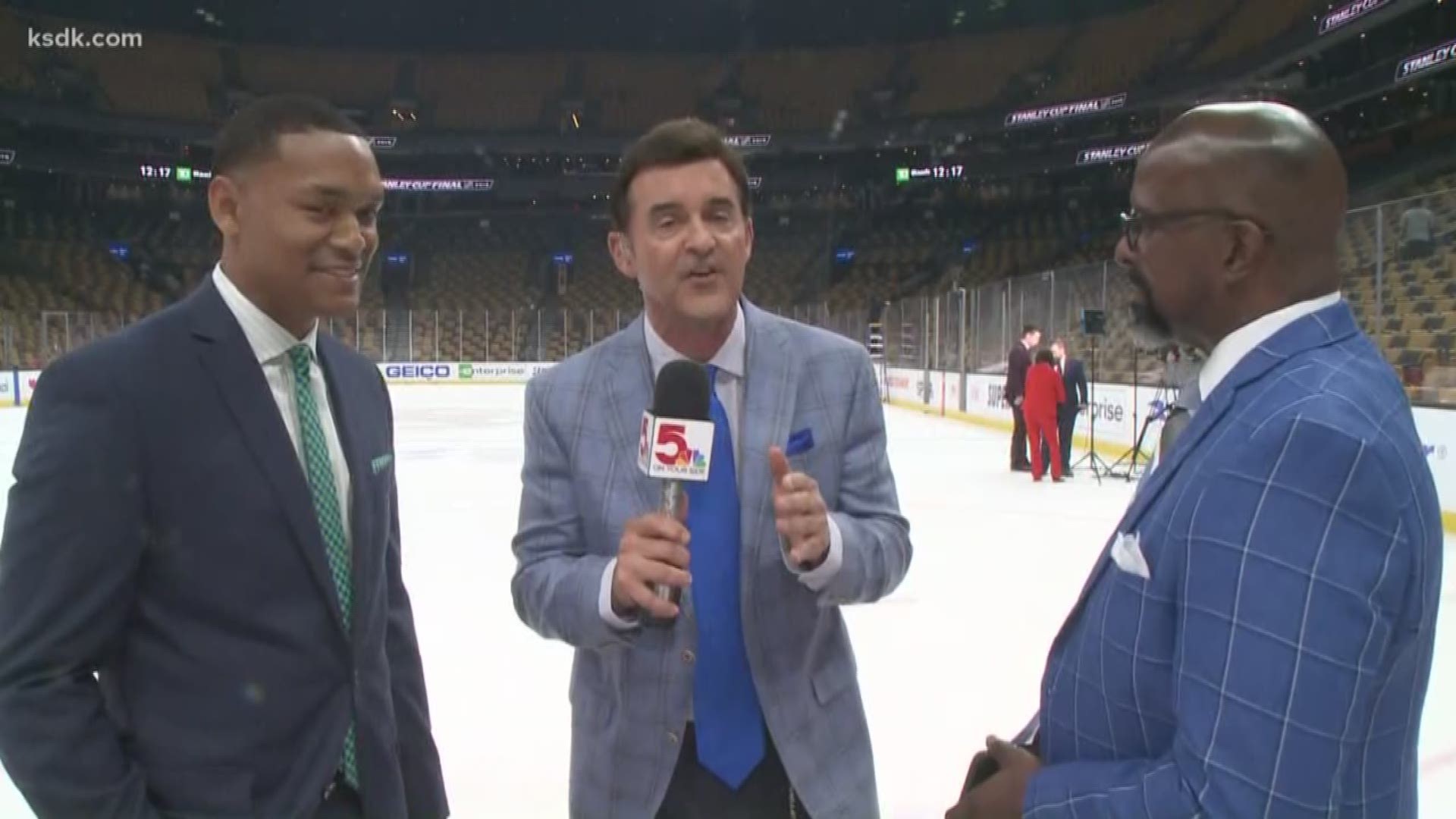 ST. LOUIS — It’s early Friday. I am at Logan airport in Boston eating a lobster and crab omelet. Boston may have brutal weather and boorish fans but gosh their lobster is off the charts, kind of like the Blues performance in Game 7.

What Jordan Binnington did will never be forgotten. He made 32 saves on 33 shots. It will go down as one of the finest performances by a St. Louis athlete in a championship game. Ironically, some of the others also came in against Boston teams. Bob Pettit scored 50 against the Celtics to win the 1958 NBA World Championship. Bob Gibson threw a brilliant Game 7 against the Red Sox in the 1967 World Series. Kurt Warner, along with Binnington, would finish off my Mount Rushmore of great championship game performances.

Binnington won the game in the first period. The crowd was crazy. Jordan simply said it’s not happening tonight. He had a stretch where he made three magnificent saves in less than four minutes. The Blues were strategic and so meticulous with so many of their off-season moves. With Binnington, they just got lucky. They liked him enough to keep him in the organization. However, there was a hint that this was coming. He saved a franchise and then became the franchise in just six months.

The Conn Smythe award winner was Ryan O’Reilly. Kids should just watch and observe the guy. He actually would conduct his own practice for any teammate who wanted to stay on the ice after the organized practice with the team ended. He genuinely cares about promoting the game. Some guys answer questions, O’Reilly gives you prose. Then in the Stanley Cup Final, he tied Wayne Gretzky for scoring a goal in four consecutive games. His 23 points in the postseason broke a franchise record. He is 28 years old and signed to a long-term contract, so who knows, he may end up as one of the all-time greats in Blues history. Doug Armstrong traded Tage Thompson, Patrik Berglund and Vladmir Sobotka for O’Reilly. Armstrong should be arrested for robbery.

The thing that really jumped out at me with the celebration on the ice was the family atmosphere. Let me count the ways:

Zach Sanford admitting he was thinking about his father as he lifted the Cup. Zach’s dad died suddenly during training camp.

Pat Maroon hugging his son Anthony. Anthony was the reason Pat signed with the Blues. He could have taken more money elsewhere, but he wanted Anthony to watch him play.

Bob Plager talking about his brother, Barclay. Bob is the only person on the planet who has been with the team all 52 years. Barclay died far too young in 1988. Bob said he knew his brother was watching in heaven.

The Joel Edmundson family: Joel’s father almost broke down on television when describing what it’s really like to see his own flesh and blood hoist the Cup.

Owner Tom Stillman admitted he came to tears when the horn sounded.

It was emotional for me also. It was the best story I have ever covered.

The Cardinals will always be special. However, they have won five World Series championships in my lifetime. And I am sorry, I can’t look back on the 1999 Rams the same way because of the way they left town later. The Blues ending the drought and doing it with so many quality people makes it even better. I have always thought that NHL players are the best to interview. Many of them have remained humble and gracious because of their backgrounds.

It was such an honor to see the greats of the past last night, too. Brett Hull, Keith Tkachuck, Al MacInnis, Bernie Federko and Chris Pronger. I am not much for hugging. However, at the party at the hotel, I looked at Brett and we just hugged. He wanted this almost as much as the players. He has two rings himself, but he wanted this for his team.

So, I am hopping on a plane right now. I hope our general manager doesn’t read this. You see, even though I stayed awake about 16 hours a day for two straight weeks, I would have done it for free. After all, this is the greatest sports story of my life.

See you at the parade.