Remembering Kobe Bryant's legacy, a year after his death

Bryant perished, along with his daughter and seven others, on Jan. 26, 2020. But his legacy is as powerful as ever. 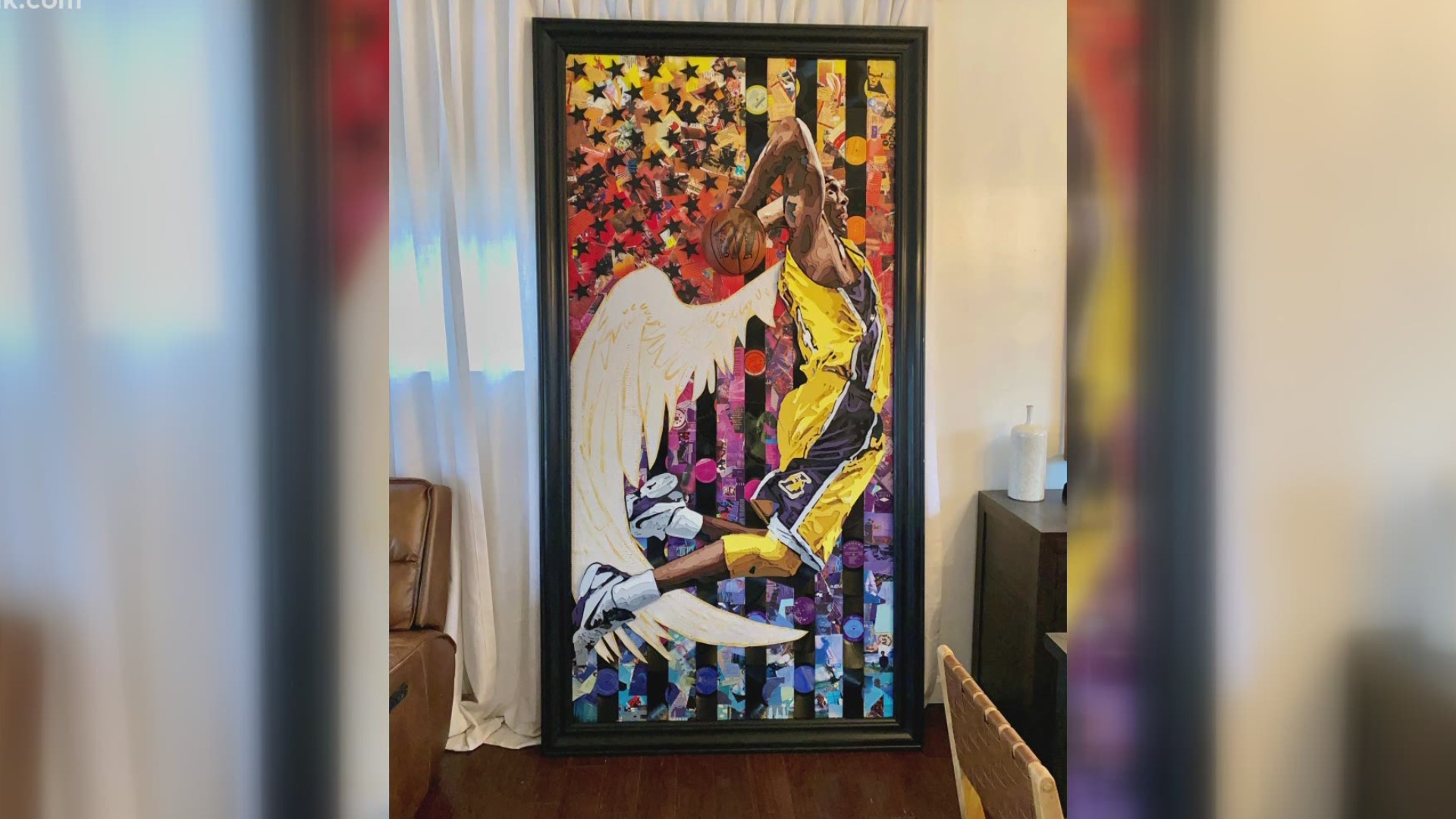 ST. LOUIS — It was Sunday afternoon.

Another beautiful brunch afternoon in the courtyard of Russell's on Macklind was taking place. The day was opening up, and the possibilities were endless.

But then I looked down at my phone, scrolling while the last sip of a Bloody Mary went down the drain, registering a day that would never be the same. Kobe Bryant had died, and it wasn't a stupid joke or rotten jinx. When multiple outlets and verified accounts start tweeting about something, it's happened. At this point, I didn't know what to do. I told my wife, our waiter, the manager, and any table nearby that didn't shoot a mean stare back. When bad news occurs, you just start talking to someone. Anyone.

Bryant, 41, was too young to die, but not nearly as youthful as his 13-year-old daughter, Gianna, who perished along with her dad and seven other people: John (56), Keri (46), and Alyssa 14) Altobelli; Sarah (45) and Payton (13) Chester; Christina Mauser (38); Ara Zobayan (50). A group of people, one big family, heading out to a basketball academy on a seemingly harmless day.

I didn't follow the NBA that closely even towards the end of his career, but it was impossible to be a sports fan in general and not know what Bryant accomplished. Instead of wanting to be the next Jordan, Bryant set out to be his own player and carve his own legend. He did that, winning five championships and accumulating over 33,000 points in his career. He did it all, and left everything on the court.

But, as many said in the wake of his passing, Bryant was only getting warmed up. The academy was only the beginning, a series of plans that would enhance his legend off the court. While his knees wouldn't allow him to jump high and make the impossible shot, Bryant had big plans, and most of them involved or revolved around young kids like Gianna, Alyssa, and Payton. He wanted to lift up the youth of the sport, enduring their legacy even at an early age.

He was far from perfect, just like the rest of us. Every single great human being has a flaw that they'd wish the majority would never find out about. We all have it located somewhere, suppressed yet alert. Bryant was no different. But he strived to be the best "girl dad" he could, right up to the last minute. There shouldn't be a parent in the world who wants their kids to perish with or before them, but if anyone needs to know about the man's character, just remember what he was doing that day-for his kid, and many others.

The same could be said for everybody on board. The Altobellis, Chesters, Mauser, and Zobayan were all invested in caring for, and extending the good fortune, of their families. It wasn't just for the game or popularity. Nine people were traveling through the sky doing something they loved to do. The families were invested in the game. Mauser was invested in Gianna's life. The pilot was doing something he loved for the past 20 years.

I wish they were all still here. It's what I wish with all the good, departed souls. Nothing religious about it. I just wish the world had as many good people doing good things for as many people as possible. I think John, Keri, Alyssa, Sarah, Payton, Christina, and Ara were striving for that.

What started out as a beautiful Sunday afternoon turned into sadness a year ago, perhaps giving the world a hot tip of how the next 365 days were going to be. But I like to think that while legacy holds stature in the games we adore and play, it's just as important to have in your life. Our legacy is why people will wish to remember us, long after we're gone.

While Kobe may have departed this rock early, his legacy is cemented.