Over 10,000 people died in alcohol-impaired related deaths in 2018, a number that should make La Russa's employers take it very seriously

ST. LOUIS — I am going to be honest with you.

When I first heard about Tony La Russa popping another DUI this year, I didn't want to think about it. The problem with sports figures are that you dig in due to what they do on the field, not so much off the field. If they happen to give back and donate to charity, that sweetens the icing a bit. But it's the decisions and actions on the field that carve them into legends.

La Russa is already a legendary manager, but he's becoming a well-known drink-and-driver as well. The former is great, but the latter needs to disappear.

An arrest in February was the second DUI charge for the former Cardinals manager, and it shouldn't be slighted or swept under the rug. I don't want to hear that Tony is human and we should mind our own. Sorry, but he's a public figure for life, and these actions don't just go away. There's an image problem here, and it needs to be fixed.

When La Russa was arrested in 2007 for driving under the influence, he was in Florida preparing for a season as the manager in St. Louis. While this latest incident happened much earlier in the year, La Russa is preparing for a season as the Chicago White Sox manager. When he steps on the field sometime in 2021, it will be nearly eight and a half years since his last time in the dugout.

St. Louis baseball fans know that date well. October, 2011 was a great time to be a Cardinals fan. It seems that most things have slowly gone downhill around here. The Cardinals haven't won an NLCS game since 2014, and the team looks a lot different these days. World Series aspirations aren't extinct, but they sure don't feel fresh either. Expectations are different, but the team contends to a certain extent.

Apparently, La Russa hasn't changed much. He still likes to break the law. I'd like to look away, but one can't. Before you brush this off, consider how many people fall victim to drunk drivers each year. In 2018, the number was over 10,000. That's a fact. Alcohol impairment-related driving fatalities. It's a real thing and we can't let La Russa off the hook for that.

Apparently, the White Sox have turned cold-blooded and decided not to do anything. That's not the worst. Prosecutors are moving to drop the case. Everybody wants to forgive Tony. He was arrested in February, hired in October, charged a day later, and cleared by the first week of November.

Doesn't something stink about this? La Russa's second DUI just getting pushed aside so he can manage the White Sox to a first round exit. Do I have this wrong? It isn't like he got a stack of parking tickets. This isn't a misdemeanor, not when it relates to possible death. If La Russa isn't going to be penalized, at least from his employers, what stops him from getting a third DUI, or testing the limits again? 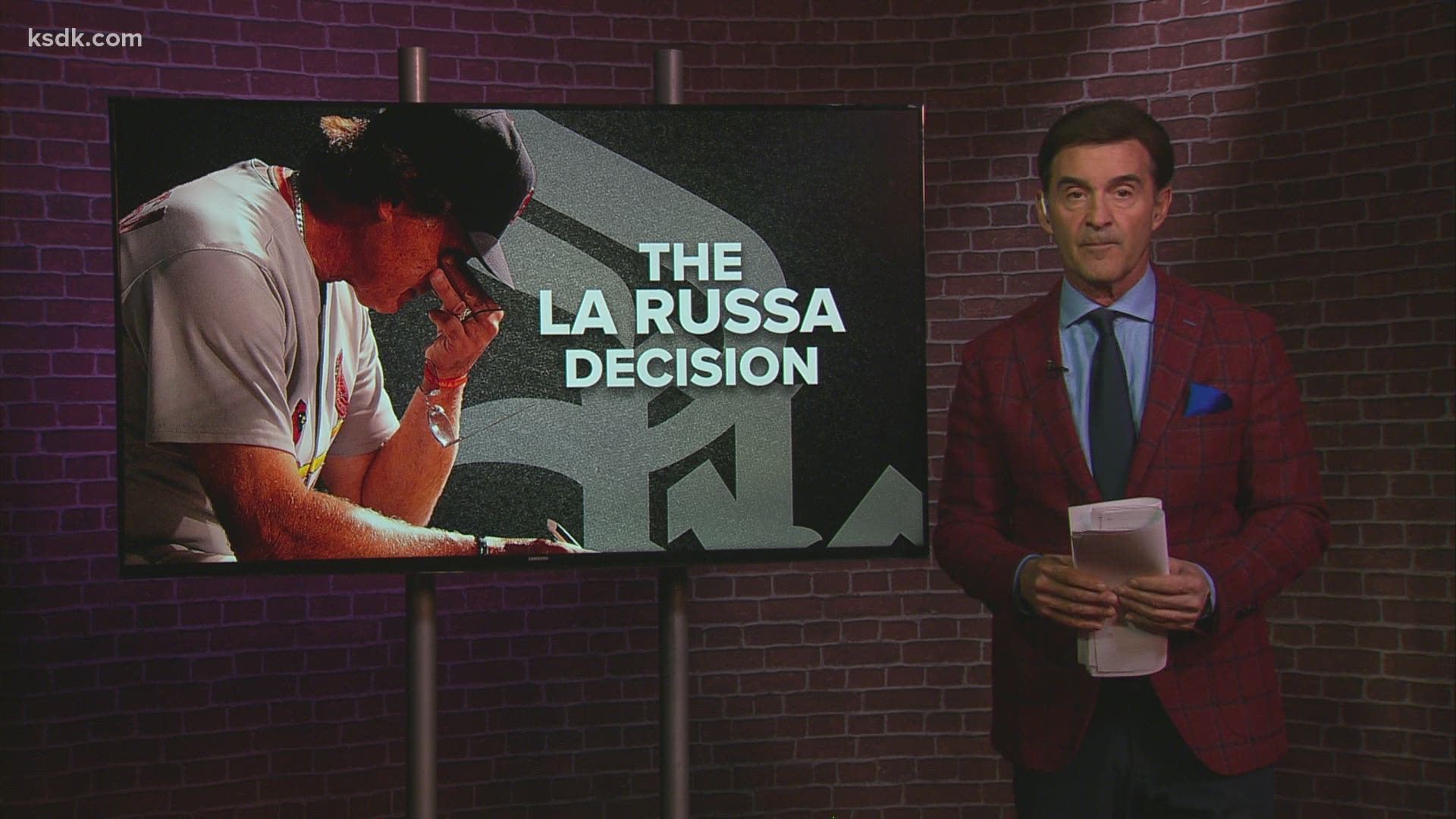 Should the White Sox fire La Russa before he even manages a game? That is debatable, but it's also something they must have known about when the hiring process was underway. That makes it much worse. The team, league or someone has to hold him accountable.

I love what Tony's done on a baseball field. He's a genius. Without him, Cardinals baseball could have stayed dead in the 90's. He led the team to some incredible moments between 1996 and 2011. Two World Series titles in three appearances.

It's not the same around here without him, but it could be getting dangerous up in Chicago. I'm not out to cancel Tony La Russa. Just want someone to hold him accountable. That's all.