Commentary | This is the season SLU basketball has been building towards

To put it plainly, the Billikens are loaded this season. With the ongoing pandemic, nothing is a given, but this year's SLU team has the makings to be truly special 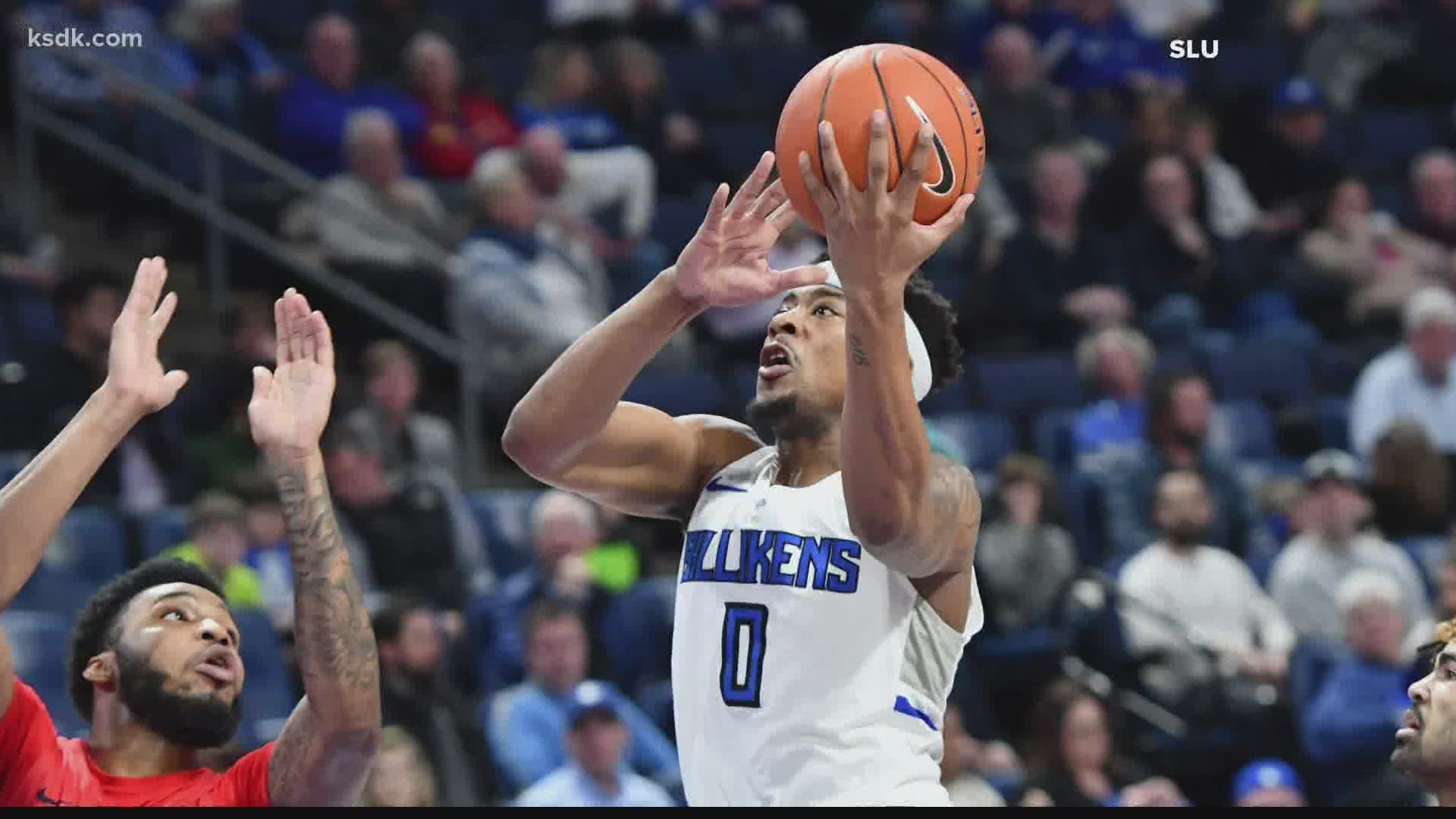 ST. LOUIS — When Saint Louis University hired Travis Ford as its head basketball coach ahead of the 2016-2017 season, they had the future in mind.

Ford was a proven big-time head coach who could get recruits, and then coach them up to be tournament-caliber players.

It took a couple of years, but he's done just that.

That promise first produced results with the Billikens' impressive Atlantic 10 Tournament championship in 2019. It continued last year where Saint Louis went 23-8 before the season was shut down due to COVID-19.

Now, as Ford and the Billikens prepare for (hopefully) the 2020-2021 season, they can almost taste it. This could be a truly special season for Saint Louis basketball.

This could very well be one of the most loaded teams in the history of the program.

Three senior leaders have been waiting their entire college careers for this season.

Jordan Goodwin and Hasahn French will go down as two of the best players to ever don the blue and white. Both dipped their toes into the NBA draft waters this summer, but decided to run it back one last time in St. Louis.

Goodwin is one of the best defensive and rebounding guards in the country, and has developed into a leader for the Billikens. He can get the tough bucket when he needs to, and will find himself on pretty much every SLU leaderboard when he graduates.

French is one of the most ferocious shot blockers in the country and the energy that drives SLU. He sets the tone in the paint on both offense and defense, and can take over a game.

The third star senior, Javonte Perkins, is walking bucket. In his first season at SLU last year after transferring from Southwestern Illinois Community College, Perkins exploded and became the A-10 sixth man of the year. When he gets hot, just watch out and stand back.

That alone would make for a competitive squad. But that's not close to all the Billikens can offer, and that's why this year could be special.

Fred Thatch Jr. missed almost all of last season for medical reasons, but is expected to be back and contribute his lock-down style of defense.

Sharpshooter Gibson Jimerson's injury last year was a huge blow to the tourney hopes of SLU. The sophomore is back this year and that should terrify opposing teams. In his abbreviated freshman season, Jimerson shot an impressive 42.9% from 3-point range.

Another sophomore, Yuri Collins, is one of the most exciting point guards in the league, and maybe the country. He can dish it with the best of them, and with no shortage of scoring options, he'll be filling up the assist sheet with dimes galore.

There's the imposing paint presence of Jimmy Bell Jr., the versatility of junior Demarius Jacobs, the showstopping dunks from Terrence Hargrove Jr. and the new kid, Swedish freshman Andre Lorentsson, who is 6-8 but can shoot like a guard.

Honestly, the guy with the toughest job here is Travis Ford. Where is the playing time going to come from for all these guys?

This is the year the program has been building towards. French and Goodwin's senior season was always supposed to be the target to make a run.

And it's not just me saying this. The Billikens are starting to get some play around the country.

Saint Louis has two power conference games in this event ---- Nebraska and LSU --- and also has a road game at Minnesota.

Billikens could be the best non power conference team in college basketball this season. LOADED. https://t.co/0Dnihyuv3I

CBS College Basketball insider John Rothstein called Saint Louis "Loaded", and tabbed them to be possibly the best non-power conference team in the country this season.

This season will no doubt look different than others. Teams are already needing to shuffle schedules because of the ongoing pandemic, and SLU is currently not slated to start their conference schedule until Dec. 30.

I think it's safe to say I speak for all of St. Louis when I explain how badly I want there to be college basketball this year.

This is the year the Billikens have been building for with a not-so-far-fetched Sweet 16 (or possibly more) dream within reach.

All that's left is to watch them go to work. I can't wait.