Mizzou and SLU both have big hopes as March nears. So we sat down with both head coaches to talk about their careers, this season and if they'll renew the rivalry 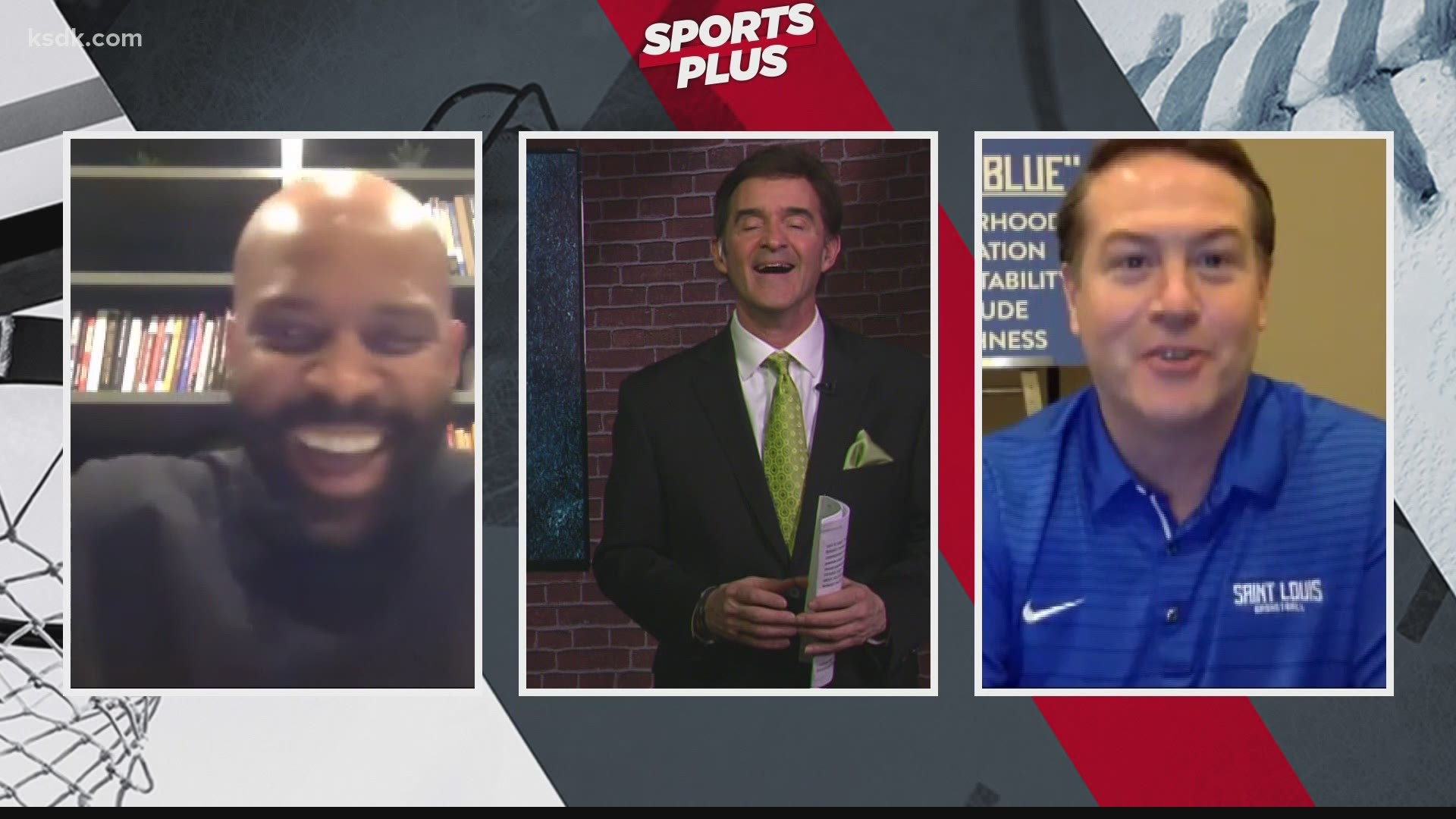 ST. LOUIS — Travis Ford and Cuonzo Martin have a lot of basketball knowledge, memories and experience to share. 5 On Your Side sports director Frank Cusumano got the two head coaches together on Sunday night for Sports Plus to talk about basketball, life and this crazy, pandemic-influenced season.

Before Martin and Ford were leading Mizzou and SLU, they were starring as players in their own right. Martin was a defensive force at Purdue and Ford was a sharpshooting guard at Kentucky.

But do their players know just how good they were back in the day?

"As far as talking about my game? Not really man," Martin said about if his players knew about his playing days at Purdue. "I was like a construction worker. I talk about Glenn Robinson and LaPhonso Ellis and those guys, but for me I was just a hard worker."

"A lot of it is the old, 'Do as I say not as I do,'" Ford said about his days at Kentucky. "Don't play defense like I did. I learned a lot about defense I just couldn't do it. Now I'm trying to implement it as much as I can."

Martin and Ford are friends off the court, but have gone head to head in recruiting battles over the years.

"Obviously they've done a great job recruiting, we've tried to do the same," Martin said. "You recruit some of the same areas of course. But it's not always necessarily down to the wire between us two. With kids that good it's probably down to 10 or 15 schools and you'd like to be a finalist and ultimately get the guy but because of proximity, of course."

They've faced each other as coaches twice, and everyone is wondering if it'll happen again. Fans have been clamoring for a Mizzou/SLU match-up for a while now, with the two schools not meeting since 2001.

"I was wondering when you were going to get to that, Frank," Ford said when Cusumano popped the inevitable question.

"We've actually talked about it quite a bit... I think it's just a matter of when... Just trying to find the dates to make it work for both parties. I think it'll happen in the future," Martin said on renewing the rivalry.

"We talk about it. We eventually want to get it done. It's just not as easy as people think sometimes... But we do talk about it. We know the fans want to do it and hopefully, it'll get done at some point," Ford said of playing Mizzou.

Both schools have had to battle COVID this season, SLU to a much greater extent. The Billikens were sidelined for a month after a large portion of the team contracted the virus.

"Going through what we went through there's no words to explain what we went through there's just no words to explain how difficult it was and what a challenge it is. And it's still going on. We're still feeling the effects of it through our players. We don't want to use it as an excuse at all, but our guys are just not the same physically or mentally right now. It's different," Ford said. "We haven't had a team meal together since last March at the A-10 tournament. We haven't been in our locker room yet since the A-10 tournament. It's a different day. This is a different experience. there's a lot of things that are difficult but there's a lot of people around the world who are going through a lot more difficult things, so we try to keep that in perspective."

Mizzou has been mostly spared from the virus, but like all teams around the country have not been immune.

"The most difficult is the unknown. You're taking a COVID test, and ok this guy can't practice and we've missed two games already... And just even our league the ups and downs of the league. And as a competitive player, I don't like going into games and the best players are out or you're missing games because of COVID," Martin said.

SLU is another story. The Billikens have been ranked in the Top 25 this season, but have had some setbacks thanks in part to their COVID pause and have a narrow window left to make sure they're playing come March.

"We think we're still in a good spot to get an at-large bid, we just have to take care of our business," Ford said. "There's very small room for error at this point."