David Freese gets the crowd hyped before Game 6

The hometown hero has a message for St. Louis Blues fans on the big screen at the Enterprise Center. 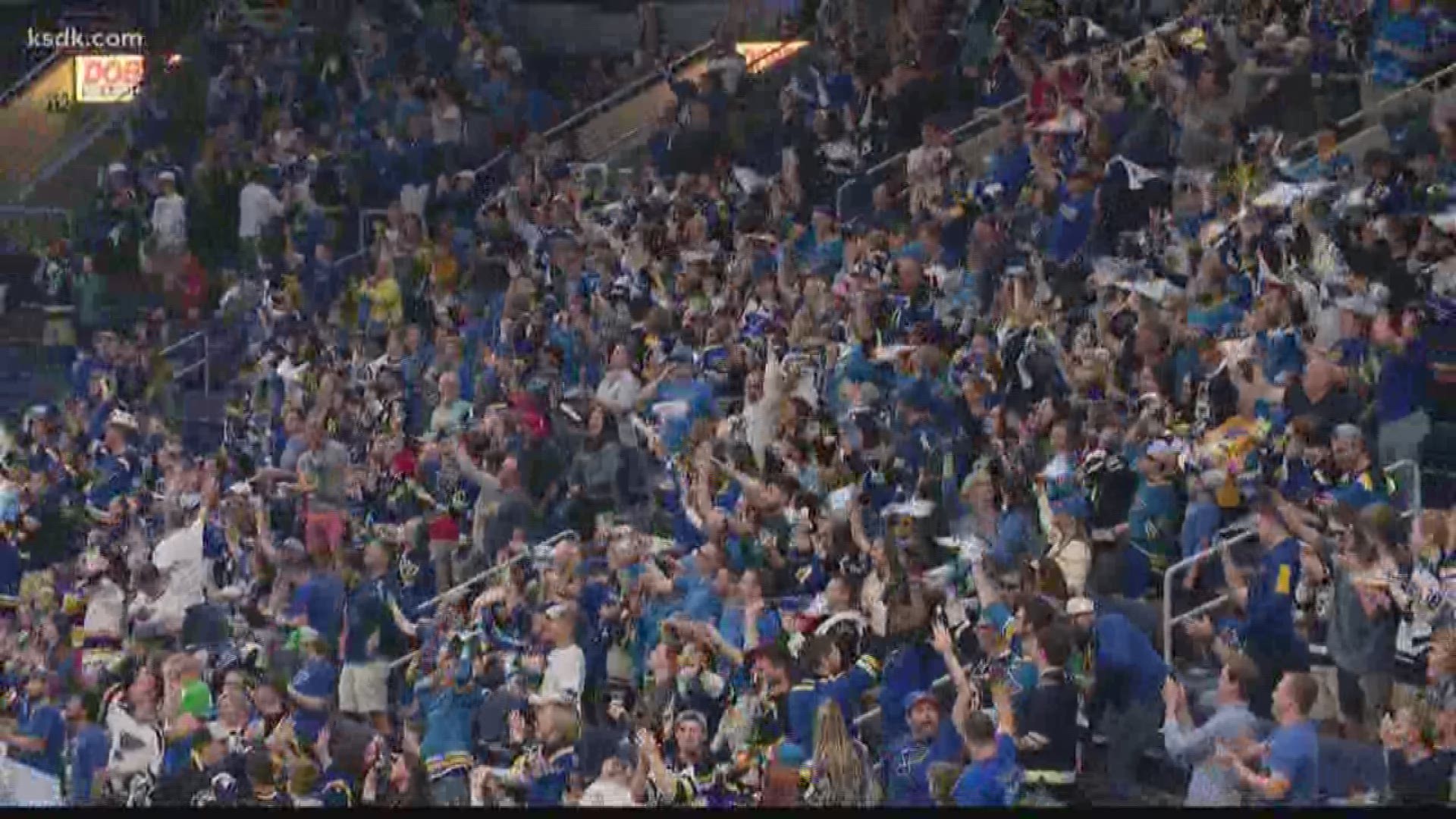 ST. LOUIS — David Freese once again has a message for the St. Louis Blues fans before Game 6 of the Stanley Cup Final.

This is the second time the St. Louis native has been on the big screen getting the crowed pumped for a game during the NHL playoffs.

Freese knows all about what it feels like to be in a Game 6 situation... reminiscing back to 2011 when he became the hometown hero during the Cardinals-Rangers World Series.

Let's hope Freese gave the Blues and fans the momentum they need to win the Stanley Cup here in St. Louis.

Watch party for Game 6 in downtown St. Louis at capacity