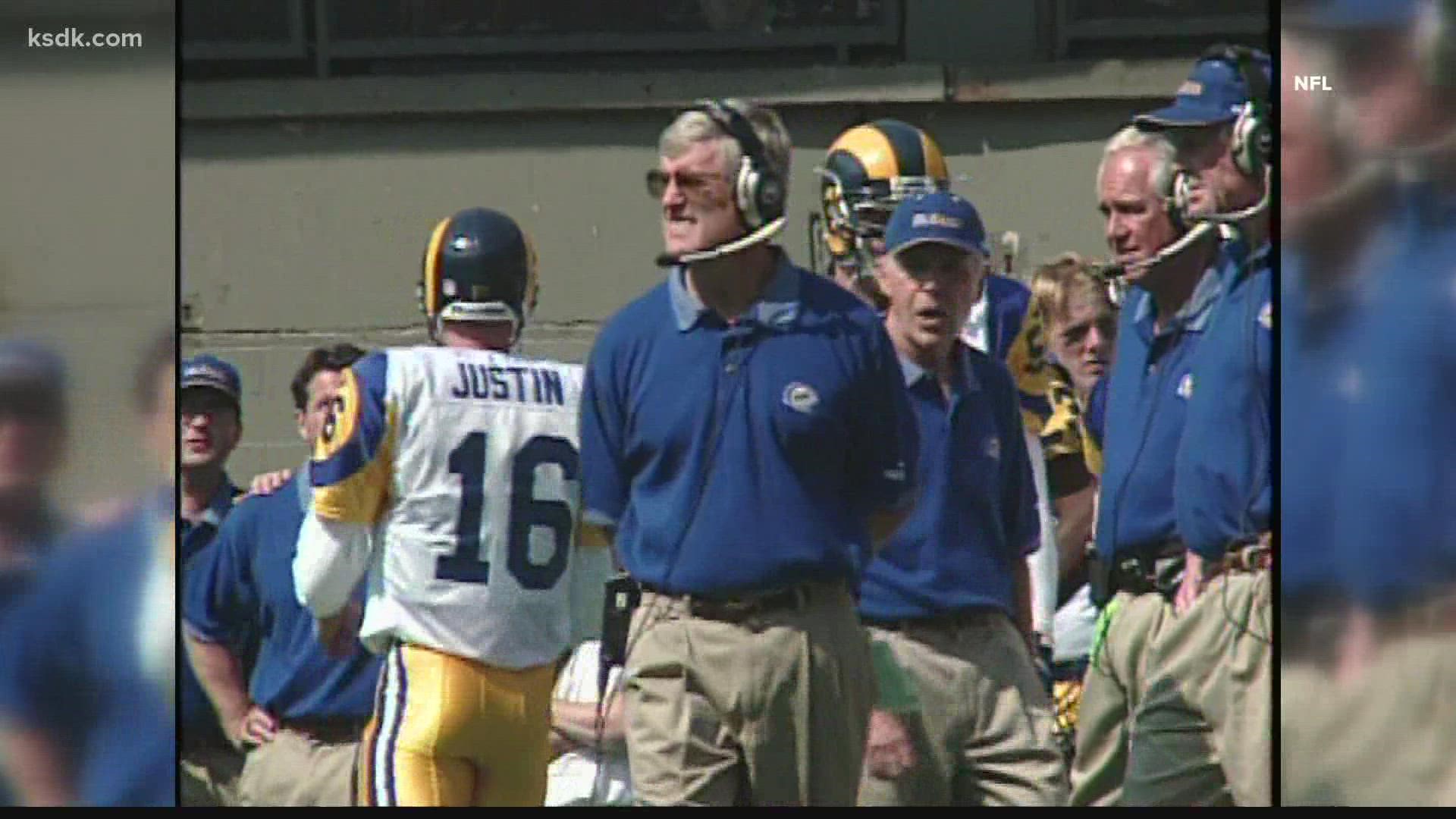 CANTON, Ohio — Former St. Louis Rams head coach Dick Vermeil was named the Coach Finalist for the Pro Football Hall of Fame's class of 2022 on Tuesday. A panel of Hall of Fame selectors met virtually to make the selection.

Vermeil, 84, led the "Greatest Show on Turf" Rams to a win in Super Bowl XXXIV over the Tennessee Titans. Before that, he turned the struggling Philadelphia Eagles franchise into a playoff contender.

To be elected to the Hall of Fame, Vermeil has to get 80% voting support from the entire 49-member selection committee when it meets early in 2022.

"Thank you. I'm overwhelmed," Vermeil said in a call with the Hall of Fame posted on Twitter. "I'm in the airport in San Francisco heading to my winery."

There are already four members of Vermeil's Super Bowl champion Rams in Canton. Isaac Bruce this year joined Kurt Warner, Marshall Faulk and Orlando Pace. Wide receiver Torry Holt was a finalist in 2021, and could also be primed for induction in 2022.