They've got an NHL player, an Olympian and four more hockey stars on the way. The Dunnes are building a dynasty 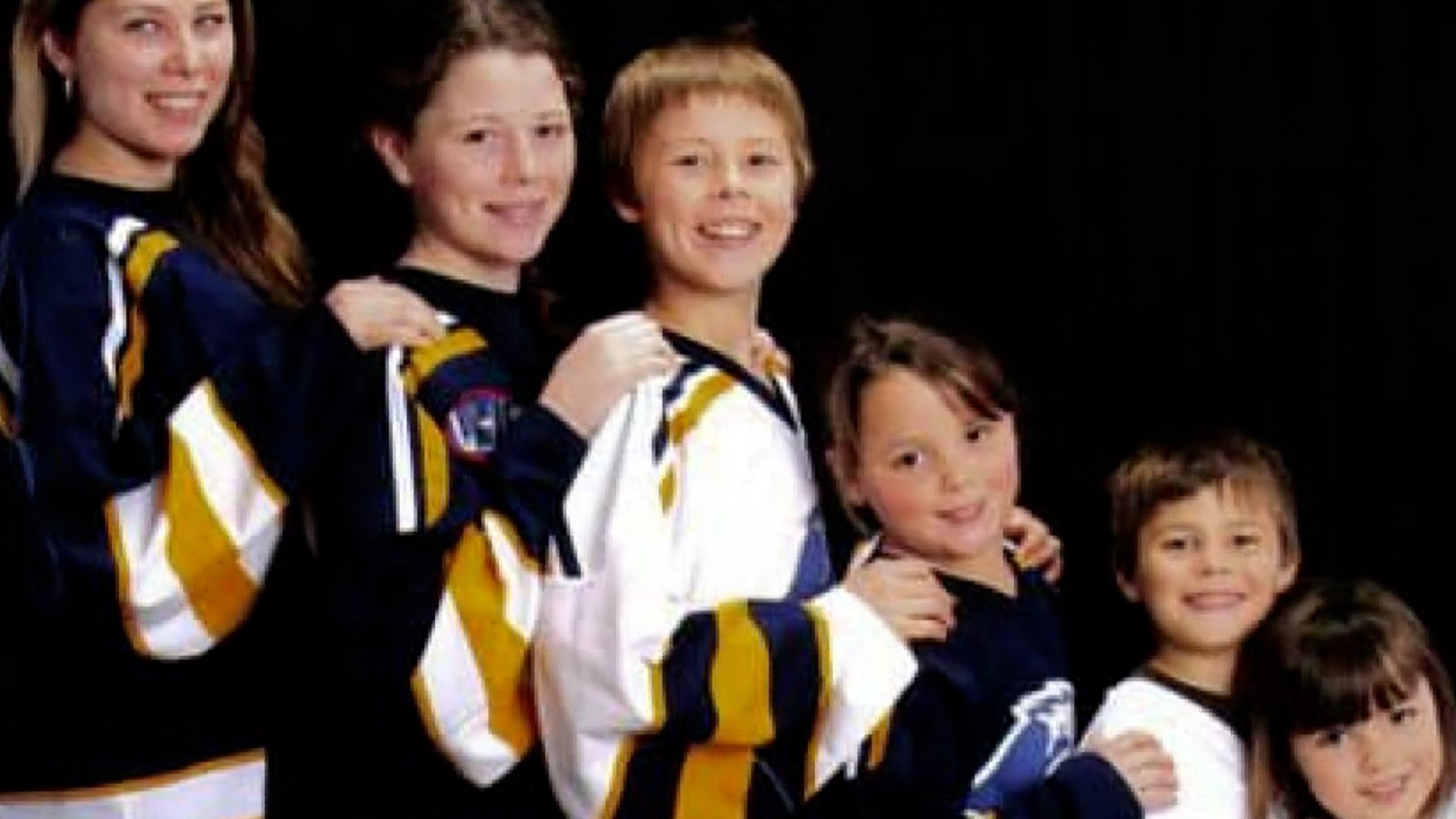 Prior to that on April 15, her younger brother Josh Dunne, made his NHL debut with the Columbus Blue Jackets in Dallas.

He had support from their family of eight, who booked flights from around the country that morning to support Josh in person.

“They were all able to make it down, which was awesome because that was my dream come true,” Josh Dunne said.

But Josh and Jincy are only two of the six hockey stars in the family. Jessica, Josey, James, and Joy also excel in the sport.

How does that happen? Their father, Tom Dunne, said it’s all rooted in a competitive nature.

“Monopoly was physical around our place,” Tom Dunne said. “Everybody was very competitive, so hockey was actually kind of a break in a sense. That wasn’t so intense.”

Their mother, Tammy Dunne said it all started with the third born, Josh, and his love for the St. Louis Blues at four years old.

“Josh always sat there and watched the games,” Tammy Dunne said. “So he loved hockey from the very beginning. The girls at the time were figure skaters, and we found a little shoe hockey league that was out in O’Fallon, and we signed Joshua up. And while he was out there playing, Tom was on the ice rink with him. The girls (Jessica and Jincy) were watching on the adjacent rink, and they decided they’d rather try that than figure skating.”

Soon enough his two older sisters, Jessica and Jincy, began playing hockey alongside their younger brother. A little more than 10 years later, both sisters were offered to play division one hockey as Ohio State.

“It was such a special and unique opportunity to be able to play with your sister,” Jessica Dunne said. “We weren’t linemates. We had like one shift together, and ended up being minus-2, so the coaches were like, ‘Nope. No more.’ We’re 14 months apart, so I’ve had Jincy with me my whole life.”

Shortly after, Josh accepted a scholarship to play D1 hockey as well at Clarkson University. Then came, what Tom and Tammy call, their second pod of children: Josey, James, and Joy.

“We learned a lot from our first pod that maybe helped our second pod a little more,” Tom Dunne said. “Maybe developed a little more patience along the way.”

In 2020, Josey, the fourth born, followed in her siblings footsteps. She pursued a division one hockey career as well at the University of Minnesota.

And the last two aren’t far off from a similar opportunity.

James ranked in the top 20 assist leaders in the St. Louis area in the 2021 season for the Fort Zumwalt South varsity hockey team. And the youngest, Joy, will play for the 16U boys St. Louis Blues AAA team this fall. Yes, the boys’ team.

“It is very nice knowing that they all played hockey before me because whenever I have questions, or when I need help, they’re there to help me,” Joy Dunne said.

“The sport of hockey has actually brought us closer together,” James Dunne said. “I mean, we’re always for each other, and I think that’s just helps keep us together, and helps us grow as a family.”

And that family bond pays off every summer when the Dunne kids reunite in O’Fallon at the roller hockey rink.

The four sisters have been able to play together on the same team,” Tammy Dunne said. “So James would even be the stick boy for that team.”

“And then we were playing in a game, and we started losing really bad,” Jincy Dunne said. “And we do not lose well. We don’t like to lose. Next thing you know, Joy is in front of the next. She gets tackled by another girl. And then Josey comes in, and tackles a girl. And then somehow my sister (Jessica) and I are in the fight too. And so the four of us had started a line brawl.”

They’re siblings, but more than that, they’re six best friends. Raised by two selfless parents who say it’s not about succeeding in the sport, but about loving each other along the way, and learning from the experiences that the sport provides.

"At the end of the day we try to tell our children that hard work and accountability means something, and I think they’ve bought in,” Tom Dunne said. “And it’s paid dividends in their life, and it will down the road beyond hockey. I thank the good Lord for it, obviously.”