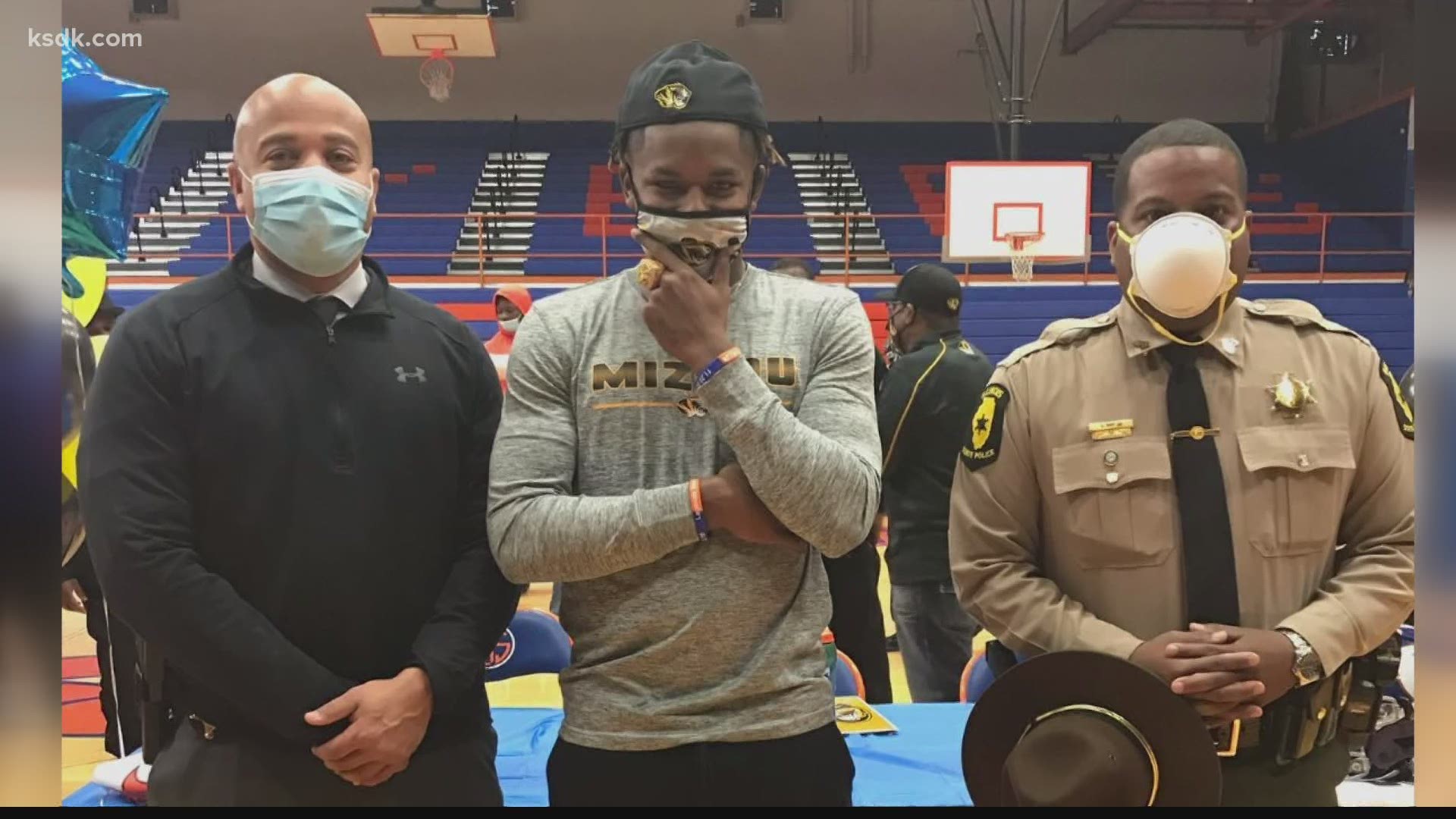 EAST ST. LOUIS, Ill. — The perception of the relationship between young Black men in America and law enforcement is anything but positive in the current climate.

But there's another story playing out in East St. Louis. It's of one of the top high school football recruits in the country, and his Illinois State Trooper mentor.

East St. Louis senior wide receiver Dominic Lovett is one of the most highly-regarded and fastest receivers in the country. He's heading to Mizzou to play under Coach Eli Drinkwitz's high-flying offense next fall.

"How to be on time, how to be disciplined and how to be structured," Trooper Dye said about some of the values of the boot camp.

"I got out of the van and he was the first person to come screaming at you, and the last person to tell you goodnight before you go to bed," Lovett said of his first meeting with Dye. "He pulled me to the side and said, 'I see potential in you, that's why I'm so hard on you'."

And after the boot camp, Lovett and Dye stayed in touch, continuing to build their relationship.

"He sees when kids go down the wrong path what it can lead to," Lovett said.

"Like a son we talk all the time, and I feel very rewarded whenever I can give him good advice and he calls or texts me and says, 'Hey your advice or your suggestion worked'... I'm very passionate about developing and mentoring young kids," Dye said.

And when Lovett got in just a little bit of trouble, the trooper paid a visit to his school.

"I have given trooper Dye permission to come to East side or any school he has attended and he has open range to pull Dominic in so to speak," Dominic's mom Wakita Walker said.

"If I get in any trouble here honestly I'd rather have him come than my momma," Lovett laughed.

And on the day Lovett signed his intent to play college football on the biggest level of the sport in the SEC, Trooper Dye was right alongside him for one of the most important days in the young star's life. Trooper Dye was one of Lovett's few special guests allowed to be present as Lovett officially decided on his college future.