'I’m the first in the family to go to college so like to actually graduate, that’d be huge' 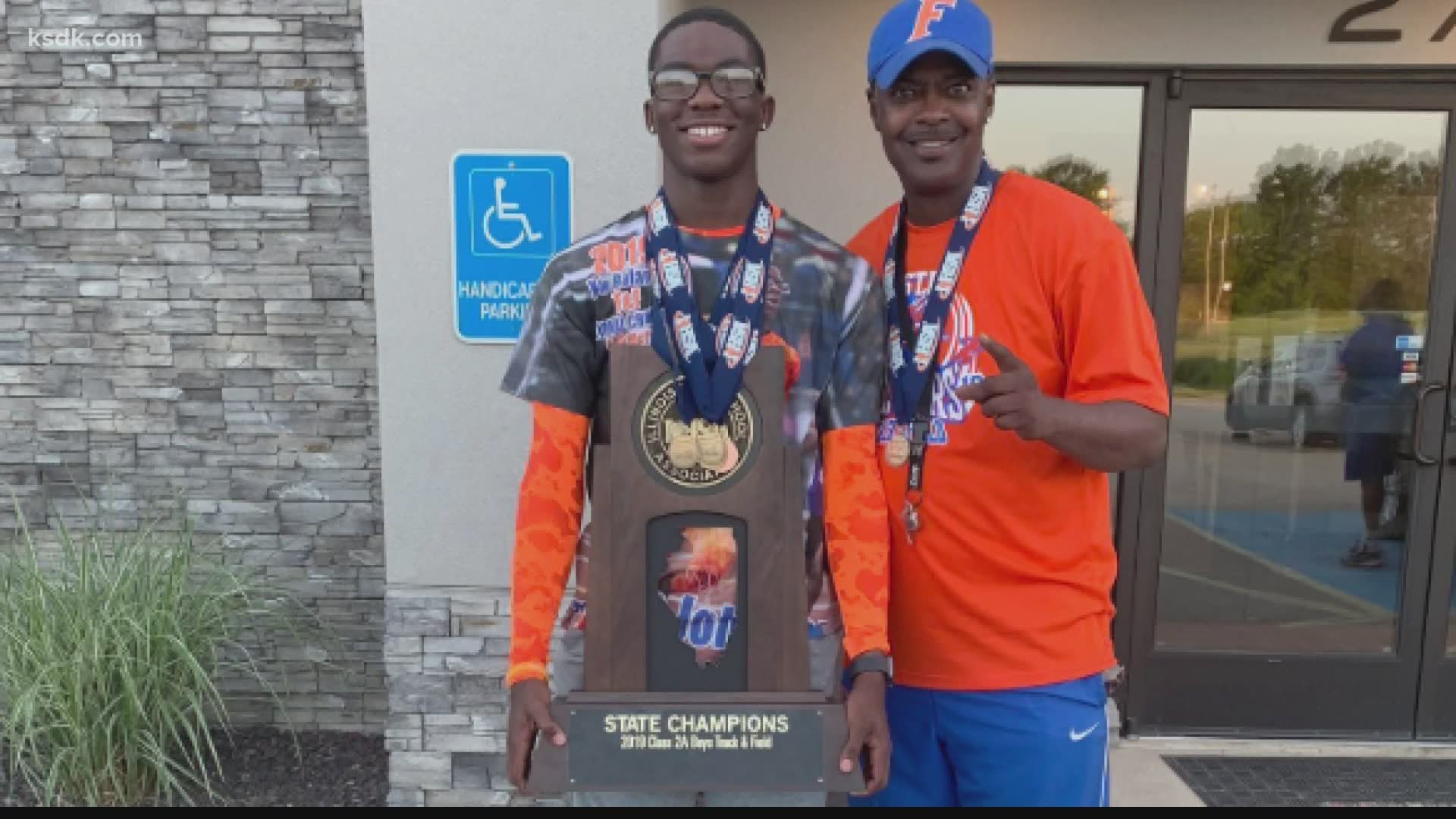 EAST ST. LOUIS, Ill. — Two years ago, East St. Louis’ Willie Johnson saw his track season run away from him when the school district suspended its track team due to a fight in the stands.

“That was devastating, I can’t lie to you,” Johnson said. “That was one of the worst feelings.”

Turning tragedy into triumph, Johnson bounced back and won state his junior season. But one year later, his season was gone again, this time to COVID-19.

“It was like again now, I been through this already, I don’t want to do this again,” he said.

Johnson was left wondering about his future and if he would actually get to leave East St. Louis. Due to the virus, the schools he dreamed of attending, no longer had a spot for him.

“A lot of schools that was trying to offer me, were offering me, but they wasn’t full rides,” Johnson said. “Not because they didn’t want to give me the money, the thing was, they had to resign seniors from last year.”

Growing up in the projects of East St. Louis, Johnson said he’s seen bad go to worse. But he says this situation wasn’t going to break him.

“It’s kind of hard, it’s really what you make it, who you surround yourself with, the things you do, how you move, it’s kind of tough,” he said.

With a strong support system, Johnson never gave up, he continued to pray, and before he knew it, he was signing a scholarship to run track at Southern Illinois University-Carbondale.

Away from the track for a few months now, Johnson said he’s eager to get back on the rubber and collect some medals, but he said there’s one hurdle he’s most looking forward to leaping over.

“Graduate,” Johnson said with a smile. “That’s one of the biggest things to me, I’m the first in the family to go to college so like to actually graduate, that’d be huge.”

RELATED: WNBA jerseys to include names of women who died from violence, brutality