Fabbri will replace Zach Sanford, who has struggled so far in the playoffs. 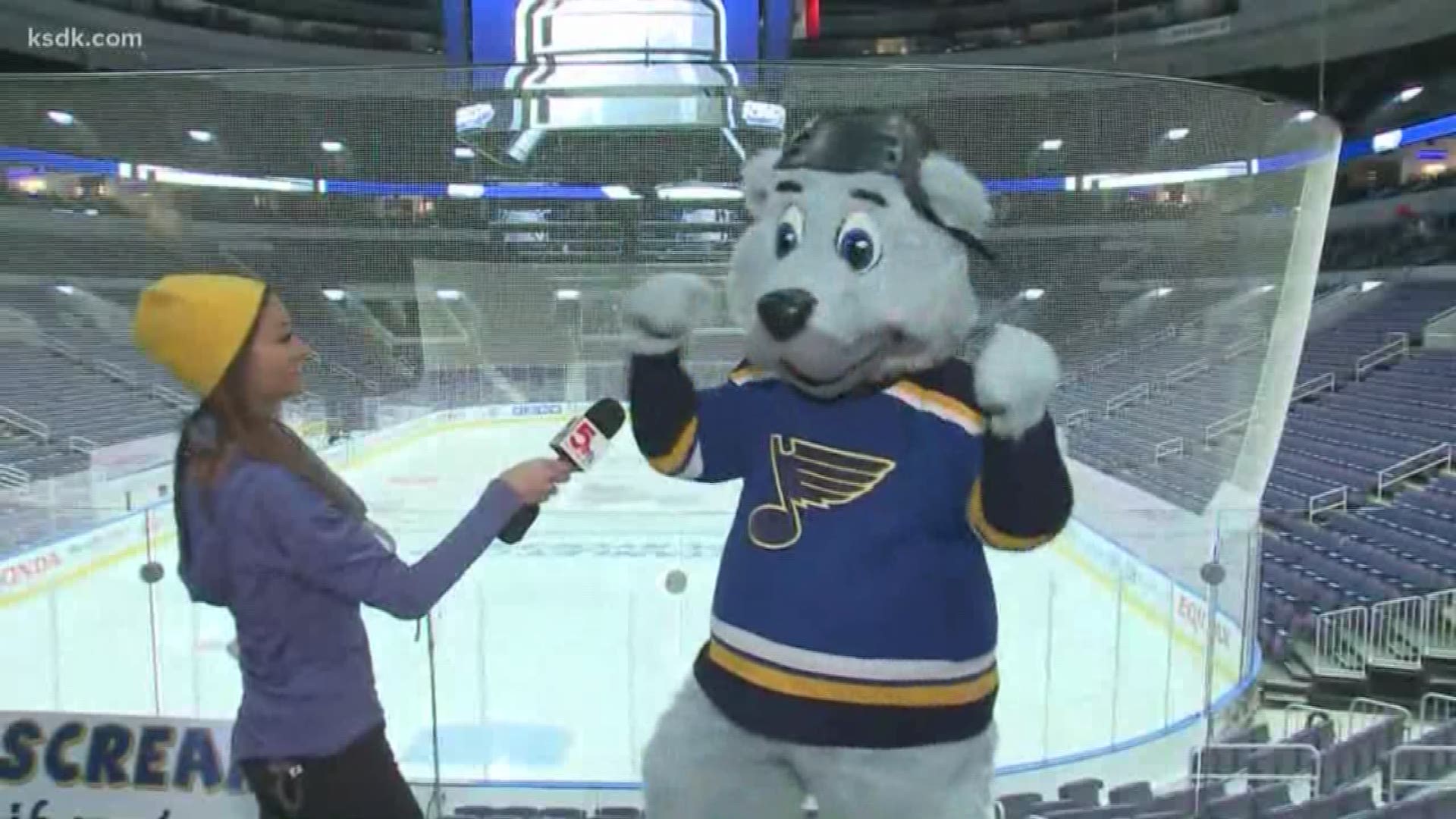 ST. LOUIS — Robby Fabbri has been itching to get in the lineup for months. He's had his opportunities here and there but never on a consistent basis.

He'll get the chance tonight in his first Stanley Cup Playoff game since 2016 when the Blues play a pivotal Game 4 of the Western Conference first round against the Winnipeg Jets (8:30 p.m.; FS-MW, KYKY 98.1-FM, joined in progress on KMOX 1120-AM after the Cardinals-Brewers game).

Fabbri will replace Zach Sanford, who only got 5:09 ice time in a 6-3 loss in Game 3 and struggled.

RELATED: Why the Blues finally winning a Stanley Cup would mean so much to St. Louis

Fabbri, who had just six points (two goals, four assists) in 32 regular-season games, has had a tough go of it coming back from two ACL surgeries in his left knee, a separated shoulder, a sore back, sore hip and sore groin while training during the preseason. But here he is, looking for the opportunity to help the Blues take a commanding 3-1 lead in the best-of-7 series.

"It's exciting," Fabbri said. "It's definitely a lot tougher watching playoff games than regular-season games. The guys have done a great job and I'll just try to slide in here.

"It's definitely been a tough go this year personally, but we're right where we want to be right now and that's all that matters. I just want to come in here and show what I can do, just try and help the guys get another one here tonight."

Fabbri registered one point in the final two regular-season games, an assist against the Philadelphia Flyers (he was also a plus-2), but his presence was definitely noticeable, and interim coach Craig Berube certainly took that into consideration, along with the fact Fabbri does have playoff experience.

"He's a tenacious player. Aggressive," Berube said. "Get on the forecheck. He has got ability to score. He has the ability to find soft areas in the ice where he can get good chances. He'll have a lot of energy out there and we'll need that.

"... They were good games and he produced. That line had some offense. He did a good job. So I believe that's given him confidence going in."

Fabbri had 15 points (four goals, 11 assists) in 20 playoff games in 2016 primarily playing on the Blues' most effective line with Paul Stastny and Troy Brouwer, which is why this won't shock and surprise Fabbri in any way

"Going through it my first year and going to the conference finals, getting two Game 7's in and getting that experience early in my career was definitely great for myself," Fabbri said. "I definitely feel going into this game tonight, I'm not going to be gripping my stick too tight, not going to try and ease my way into the game. I've played it, I've done it, I've just got to go out and execute now.

"When we're hunting pucks and when we're in on the forecheck, turning those pucks over on their breakouts, that's when we get most of our Grade A offensive chances. I think that's a big part of my game, is to hunt pucks and be tenacious on them, use my skill afterwards and create some plays."

Fabbri has put in the work on a daily basis to keep himself ready and available when called upon, and teammates have taken notice.

"You can see it's tough on him, but watching the way he's handled it, he just keeps working, keeps working harder, he's always doing stuff on the ice and he's always pushing himself," Blues center Ryan O'Reilly said. "I've got a lot of respect for him for doing that. It's not easy. You can just see how he's just working for it that it's nice to see him get back in there.

"I just watch him practice, watch him off the ice how hard he's been working, this is an opportunity that he's been looking for and I think he's going to do great at it. He's an excellent player, but he's just had a lot of unfortunate bounces. I think this is a great opportunity for him and for us too to kind of get something going again."

Fabbri got to sit upstairs and watch Games 1-3 and feels he has a grasp of what the series is all about.

"It's a fast game, it's a heavy game, but when we're doing things right, we're coming out on top," he said. "We got away from that last game for a little while at points there. I think if we put together a full 60 minutes, we've got a chance here.

"This is why we play 82 games in the season for this time. I've always loved playoffs, I always love how everything gets amped up, it's heavier, faster. I build off that, I'm an emotional player. I think it just helps me out going into the playoffs."

Fabbri will slot in with Alexander Steen and Ivan Barbashev.

"He's hungry," Steen said of Fabbri. "He's been itching to get in. I'm sure he's going to have some good legs and we'll be trying to push the pace.

"He's got a great shot. We'll try and find him and create some space for him to get it off. He's got a ton of speed as well and like we said, he's hungry, so we'll try and use a lot of things he brings."

Blues right wing David Perron was not part of the morning skate today but Berube said he "should be" good to play. Sammy Blais took Perron's spot in line rushes today with Jaden Schwartz and Oskar Sundqvist.

"Just maintenance," Berube said. "We kept him off."

The Blues were throttled in most categories on Sunday until the third period, when they outshot the Jets 16-4 but were outscored 3-2.

So what needs to change tonight? Well for starters, a better start to the game.

"I think the biggest thing is how we played and the tenaciousness of our game," Steen said. "Winnipeg played a good game last game. We're going to want to bounce back and come out quick and hungry at the start of the game."

O'Reilly said playing with confidence shouldn't be an issue.

"I'm confident we can get back to our game, but it's going to be tough," O'Reilly said. "They're obviously a good team coming off a big win. Yeah, it's an opportunity for us to obviously make a big push and take the momentum back. It's going to be tough, but I think we know that. We need to have a good response from last game.

Berube said it comes down to one thought.

"First, having an aggressive mindset," he said. "I didn't think that we had that last game. I thought that we let them dictate that part. Dictating that for sure and it's important we do a good job through the neutral zone and we didn't do that last game. We were slow. We need to be quicker and get pucks in behind 'em so we can get in on the forecheck. It gets us skating, gets us involved in the game. Hounding pucks, being physical on their defense. That's a good sign when we're doing that right away."

The Blues recalled goalie Jared Coreau from San Antonio of the American Hockey League to give them an extra goalie to work with during the playoffs.

Ville Husso is already here and skating towards the end of practices but has been injured with a lingering ankle issue.

"It's just precautionary with Husso," Berube said. "We're still working on his recovery and stuff. That's all."