Fairmount Park ends 2019 season with big changes on the horizon

Fairmount Park could look quite a bit different in the coming years with a casino, sports book and more live racing planned for the track. 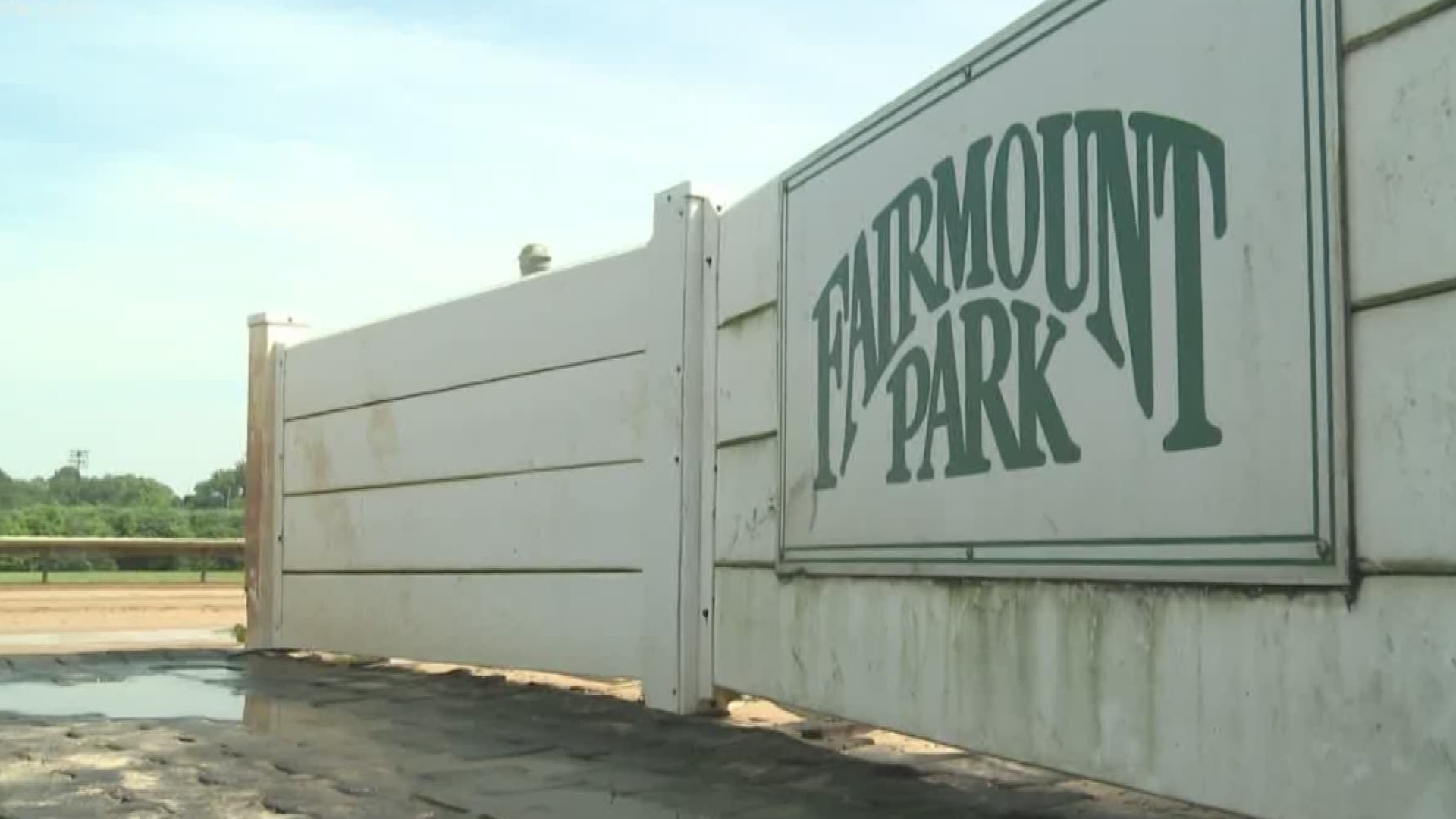 COLLINSVILLE, Ill. — The thoroughbred racing season may be winding to a close at Fairmount Park, but the track couldn't be more excited about the future of the venue.

When Illinois passed new gambling laws back in June, it opened up an entirely new avenue of revenue for Fairmount Park.

"We're able to add a casino, a sports book and a great number of increased racing dates," Fairmount spokesperson Jon Sloane said. "We hope all of those things are going to be worked out fairly soon, and we're completing plans. We hope to start seeing the changes, and building sometime during 2020."

For years, Fairmount has been trying to find different revenue streams for the venue, and now after the expanded Illinois gaming laws, that will be a reality soon.

But just how soon?

Sloane said the track is still in the planning and investigating process to see what needs to be done, but that real changes could start to be seen on opening day next year.

"We may have buildings starting that soon. We hope to have some sort of expanded gaming that might be in a temporary facility while we're building the other one," Sloane said. "So for opening day, you might see some different things, but you're going to see enormous changes moving forward very quickly."

As for the casino, Sloane said not to expect something quite as big as the other casinos in the area.

"It'll be a casino, but not nearly as big." Sloane said "We'll have fewer positions than other casinos people are used to."

It's going to take a big investment to make all of this happen, as well.

"The numbers that I've heard could be a capital investment originally of as much as $50 million to investigate the processes, do all the refurbishing and build all the new buildings and everything," Sloane said.

"There will be gaming a lot of other places and that's fine, but this will be the only place you can see Thoroughbred racing and have a gaming experience and a sports book and we'll be unique in that regard." Sloane said.

RELATED: Opinion | How the Cardinals are using a complete game to win and why I think it can continue