"I wake up and make a decision to be happy," Plourde said. "A lot of people want this and that, that's not me, I'm happy with what I have and what I can do each day" 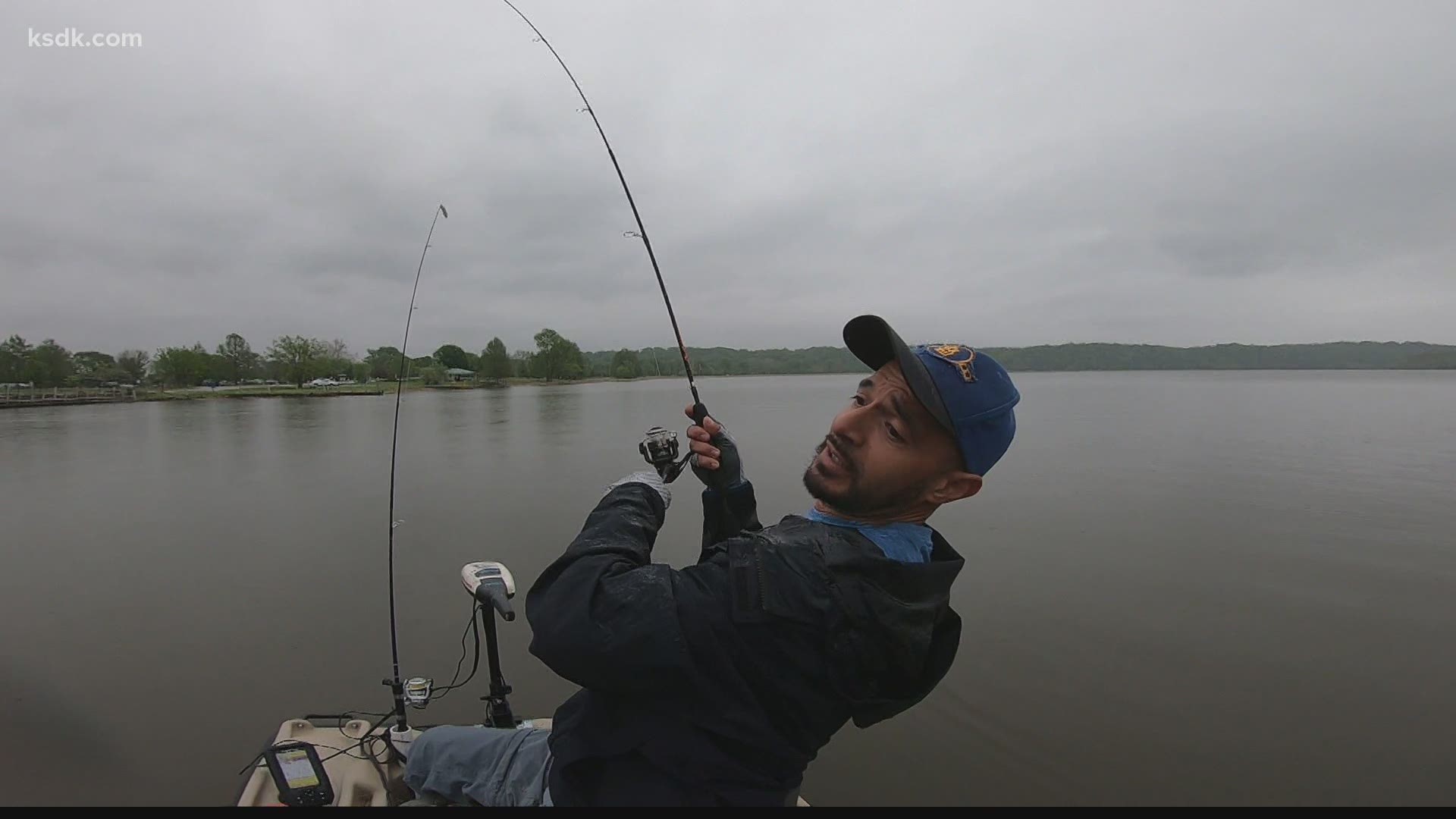 CREVE COEUR, Mo. — Unleashing the tension on his lines and unhooking his boat from the trailer, Joel Plourde is gearing up and for his part-time job.

"Today, I'm going to be a fisherman, but really full-time Dad is my occupation," he said with a smile.

With the fishing poles locked down, the fish finder plugged in, Plourde was ready to spend several hours on the water searching for his next catch.

"You get so keened in on the present that you forget about everything else and it's just an enjoyable and peaceful time," Plourde said.

As a kid, fishing was always Plourde's favorite sport. But by the time he was an adult, it became one of the only ones he could do.

"I had problems when I was running, my leg would slap down and my balance was kind of off," Plourde said describing a change in his body.

Confused about what was going on, Plourde had a bunch of questions. The answer he wasn't necessarily looking for, was multiple sclerosis.

Dr. Wu, who treats MS patients, said while there is no cure, with research and treatments, he's optimistic. But there's no way to predict what this disease can do to any person.

"We do worry that the progression can't be controlled, none of our therapies are designed to really slow that progression," Dr. Wu said.

"It was a hard pill to swallow, my wife was pregnant with my daughter at the time," Plourde said describing the moment he was diagnosed in 2012.

When asked if he was ever afraid of what's to come, Plourde said, "I try not to go there."

He made a decision not to let MS affect his life. Like fishing always taught him, you may lose some battles but you never give up.

"My daughter has taught me a lot, my daughter was born with a heart condition so like through that and seeing that struggle, MS wasn't that big of a deal to me."

After continued treatment, Plourde's oldest daughter is now healthy. They also added one more little girl to the picture. Plourde and his family have now found happiness is not what they want, but what they already have.

"I wake up and make a decision to be happy," Plourde said. "A lot of people want this and that, that's not me, I'm happy with what I have and what I can do each day."