Florida Gov. Ron DeSantis said the bill would go into effect on July 1, 2021. 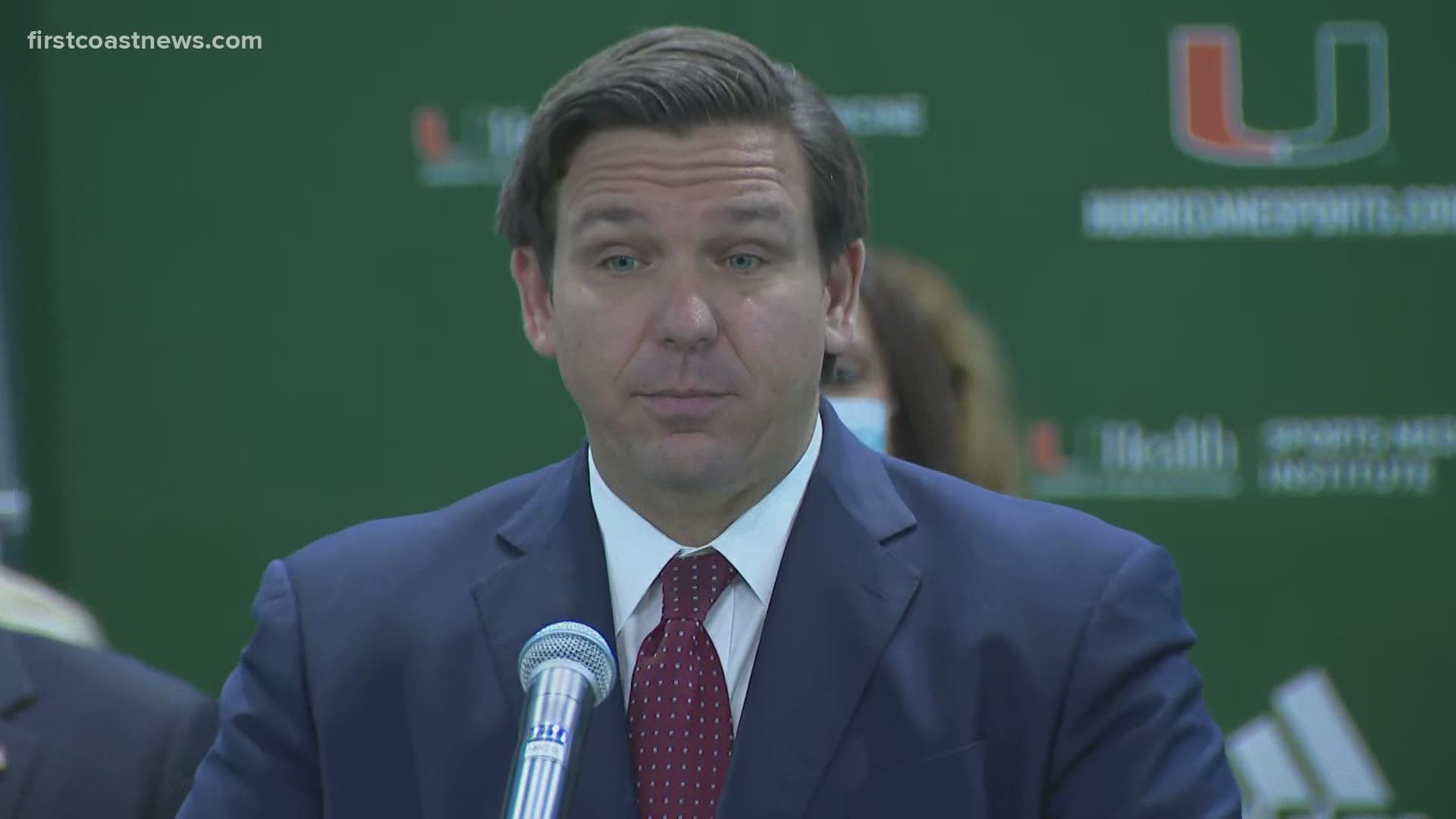 CORAL GABLES, Fla. — Florida Gov. Ron DeSantis signed a bill Friday afternoon which allows for college athletes in the state to receive profit off the use of their name, image and likeness beginning next year.

DeSantis made the announcement from the University of Miami Indoor Practice Facility in Coral Gables, Florida. DeSantis was joined by Lieutenant Governor Jeanette Nuñez along with a few iconic former college athletes.

This bill, which takes effect on July 1, 2021, would allow student-athletes to have the opportunity to receive extra money to afford the rising cost of education, DeSantis said.

"We're not talking about, you get a scholarship to Florida State and Miami and the universities are gonna pay you to play. That's not what we're talking about," he said. "But if you have a situation where you have some of the great athletes, particularly in sports like football and basketball, whose name, image, and likeness is being used to make millions and millions of dollars, and they don't have the opportunity to get any of that, there's something fundamentally unfair for that."

With the signing of this bill, Florida becomes the third state, joining California and Colorado, to pass a NIL law targeting current National Collegiate Athletic Association rules that restrict college athlete compensation. However, Florida's law increases the urgency for the NCAA to act because it goes into effect 18 months earlier than California's and Colorado's.