He's just 21, is the XFL's only 2020 NFL Draft eligible player and is already predicting championships for the BattleHawks. Kenny Robinson is worth watching 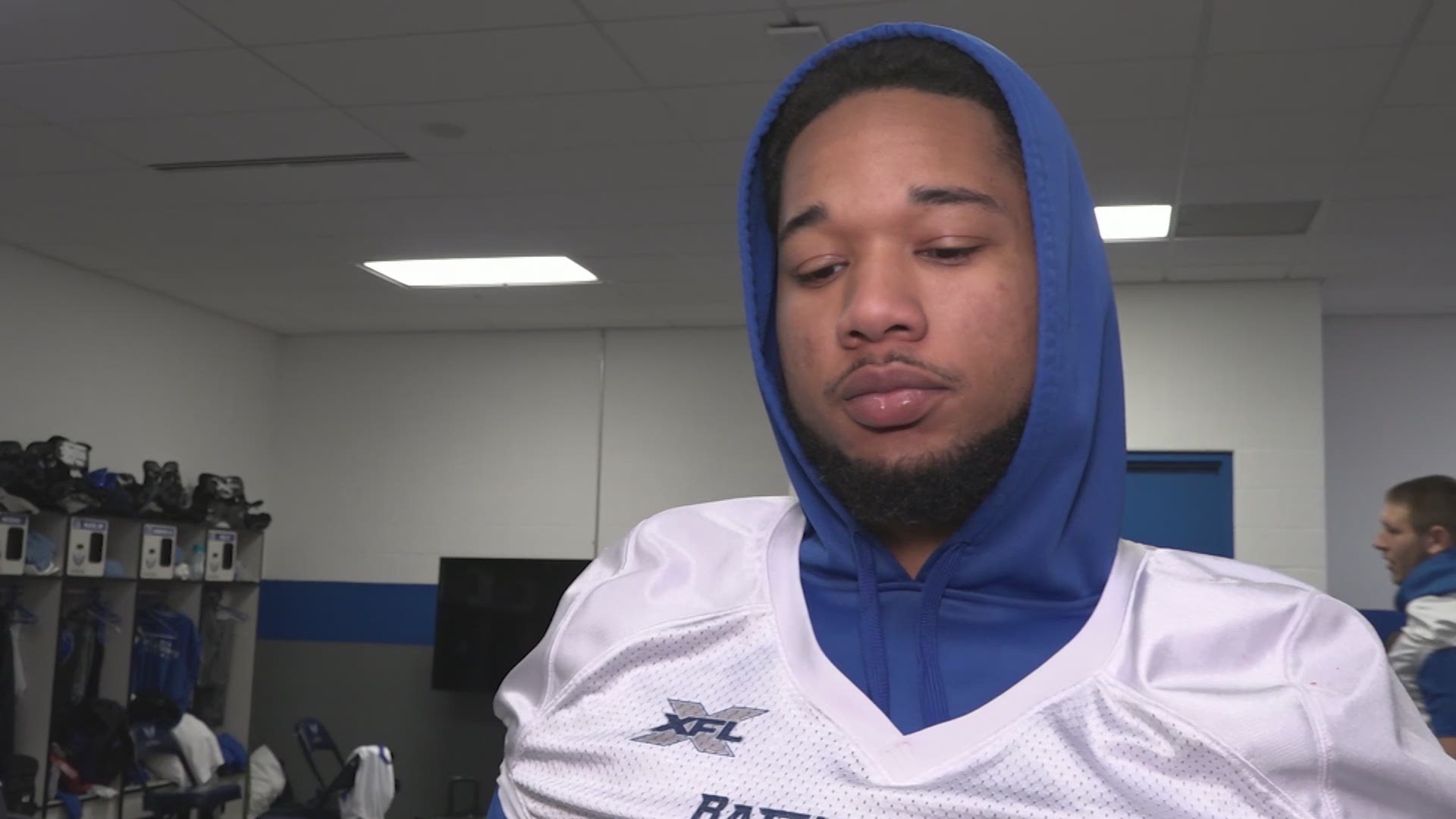 ST. LOUIS — This week, the best draft-eligible athletes in the country are assembling in Indianapolis for the NFL Combine. There's one name you won't see on the 40 time and bench press lists, though. And it's because he's already playing in the pros.

He's just 21, is the XFL's only 2020 NFL Draft eligible player and is already predicting championships for the BattleHawks. Kenny Robinson is worth watching.

Robinson is the youngest player on the St. Louis roster and should technically be getting ready for his junior season in college. But life took over and led Robinson to the XFL.

Ruled academically ineligible at West Virginia, Robinson opted to head to the XFL instead of transferring to another Division I school, partly because of his mom's cancer diagnosis.

Watch: BattleHawks safety Kenny Robinson talks about his unique place in the XFL

Now, while the other prospects are showing out at the combine and getting ready for pro days, Robinson is assembling his own resume in the XFL and is the only player in the entire league who could hear his name called in this year's NFL Draft.

"I'm just trying to show that I'm a ballplayer. I'm going to do whatever it takes to help the team. Just the basics. To show I'm a dog," Robinson said.

Robinson registered his first XFL interception in Week 3 against New York and has 12 tackles on the season.

Robinson's head coach is impressed with his young star so far.

"The thing you see with Kenny and he's showing is his range in the defensive backfield," BattleHawks head coach Johnathan Hayes said. "How well he runs, how well he covers ground, how well he plays the ball. All of those things that are going to help build his resume have been excellent."

On his road to the NFL, Robinson's mother and family have been his driving force, and he tries to connect with his mom during her battle as much as he can.

"She tries to text me. She really can't text right now. She had a stroke and stuff, so with a lot of stuff she's going through she can't do much. But she called me, had my sister call me so I try to talk to her as much as I can," Robinson said.

"My whole family is my motivation. They're the ones who stuck by me when things got hard, when I got kicked out of school and when everybody counted me out they were always there. They're my biggest motivation," Robinson said.

In a few months, Robinson could make history as the first XFL player drafted into the NFL and perhaps clear a new path for players to get into the big league. But for now, Robinson is focused on building his resume and helping St. Louis bring home an XFL title. And he's not short on confidence.

RELATED: Ka-Kaw to cha-ching: How BattleHawks buzz is giving this Belleville printing company a bump

RELATED: 'The city really showed up' | St. Louis showed the country Sunday just how great of a 'football town' it can be

RELATED: BattleHawks Payne bites the top of Bud Light Seltzer can in celebration of first win in St. Louis