Jonathan Hayes brings decades of experience as a football player and coach. 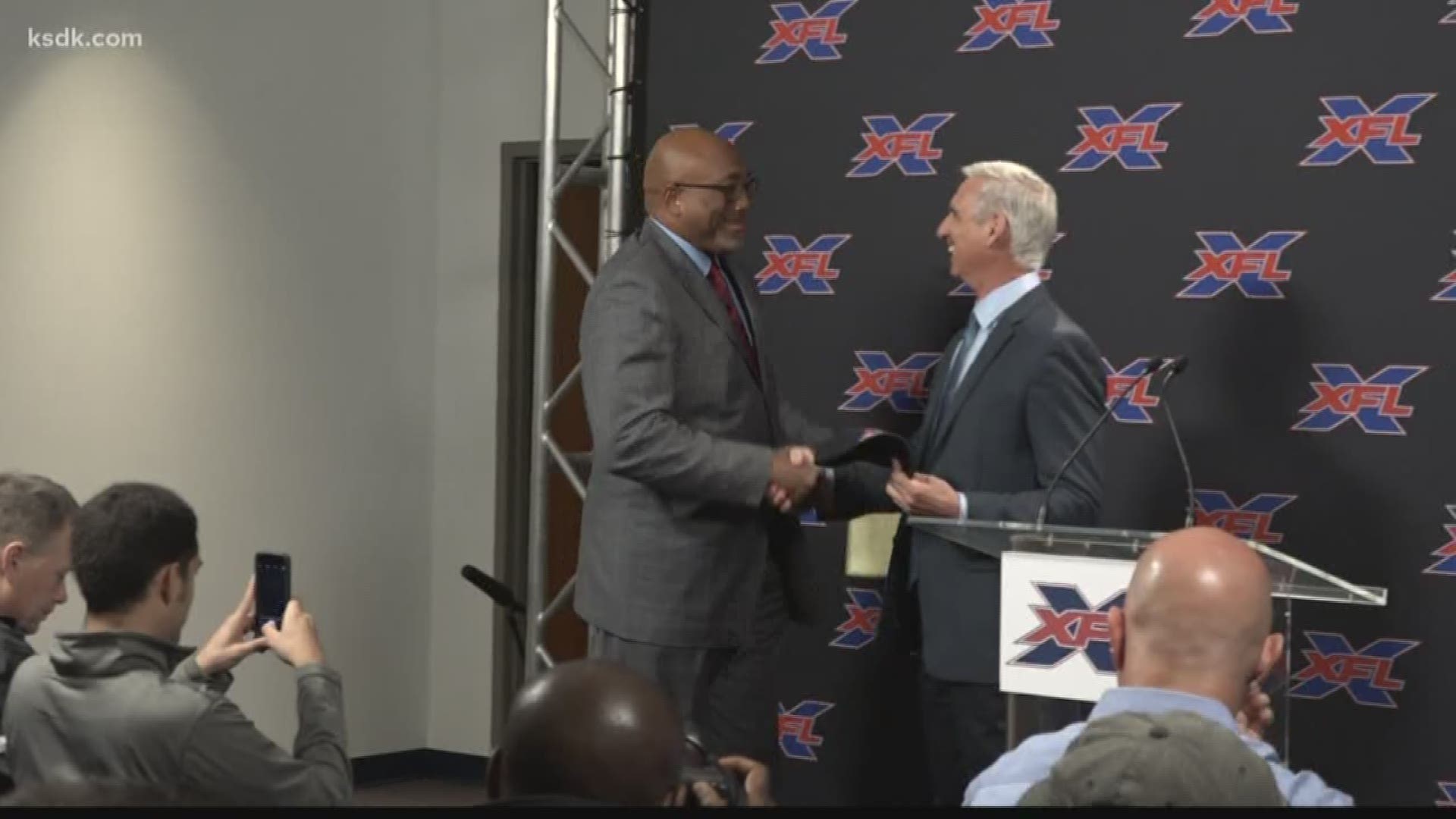 ST. LOUIS — St. Louis’ XFL team is getting closer to reality. It doesn’t have a name, but it now has a general manager and head coach.

The league announced Thursday afternoon that Cincinnati Bengals tight ends coach Jonathan Hayes will join St. Louis’ team. He brings decades of experience as a player and a coach.

The job is a bit of a Missouri homecoming for Hayes. He was the Kansas City Chiefs’ second-round draft pick in 1985 out of the University of Iowa. He spent nine seasons with the Chiefs before finishing his career with the Steelers.

“I spent most of my NFL playing career in Missouri, and also played college ball in the Midwest, so I know firsthand that you won’t find better football fans anywhere,” Hayes said. “We’re going to work hard and put together a team that’s fun and exciting to watch, and that the fans of St. Louis can rally around and support.”

Hayes moved off the field and to the sidelines as a coach. He joined the University Oklahoma (1999-02) under head coach Bob Stoops as a tight ends coach and special teams coordinator. The 2000 team went undefeated and won the national championship.

He then was named the Bengals’ tight ends coach in 2003, where he stayed, until Thursday.

“It’s an honor to provide Jon an opportunity to be a head coach for the first time after 37 years as a player and assistant coach in the NFL and at the college level,” said XFL Commissioner & CEO, Oliver Luck. “Jonathan comes with an offensive perspective that should help him thrive as we reimagine the game and engineer a style of play that’s fast and brisk. We are excited to welcome him to the XFL family.”

St. Louis is one of eight cities to host an XFL starting next year. The other cities are Dallas, Houston, Los Angeles, New York, Seattle, Tampa Bay and Washington D.C

‘The XFL will reimagine football for the 21st century… The new league is committed to delivering a fan-centric, innovative experience, including fast-paced games and a family-friendly environment, complemented by cross-platform viewing options and real-time fan engagement,’ according to a news release from the league.