Hart and Gray were one of the most dynamic duos in St. Louis sports history. And their special connection is still alive 50 years later 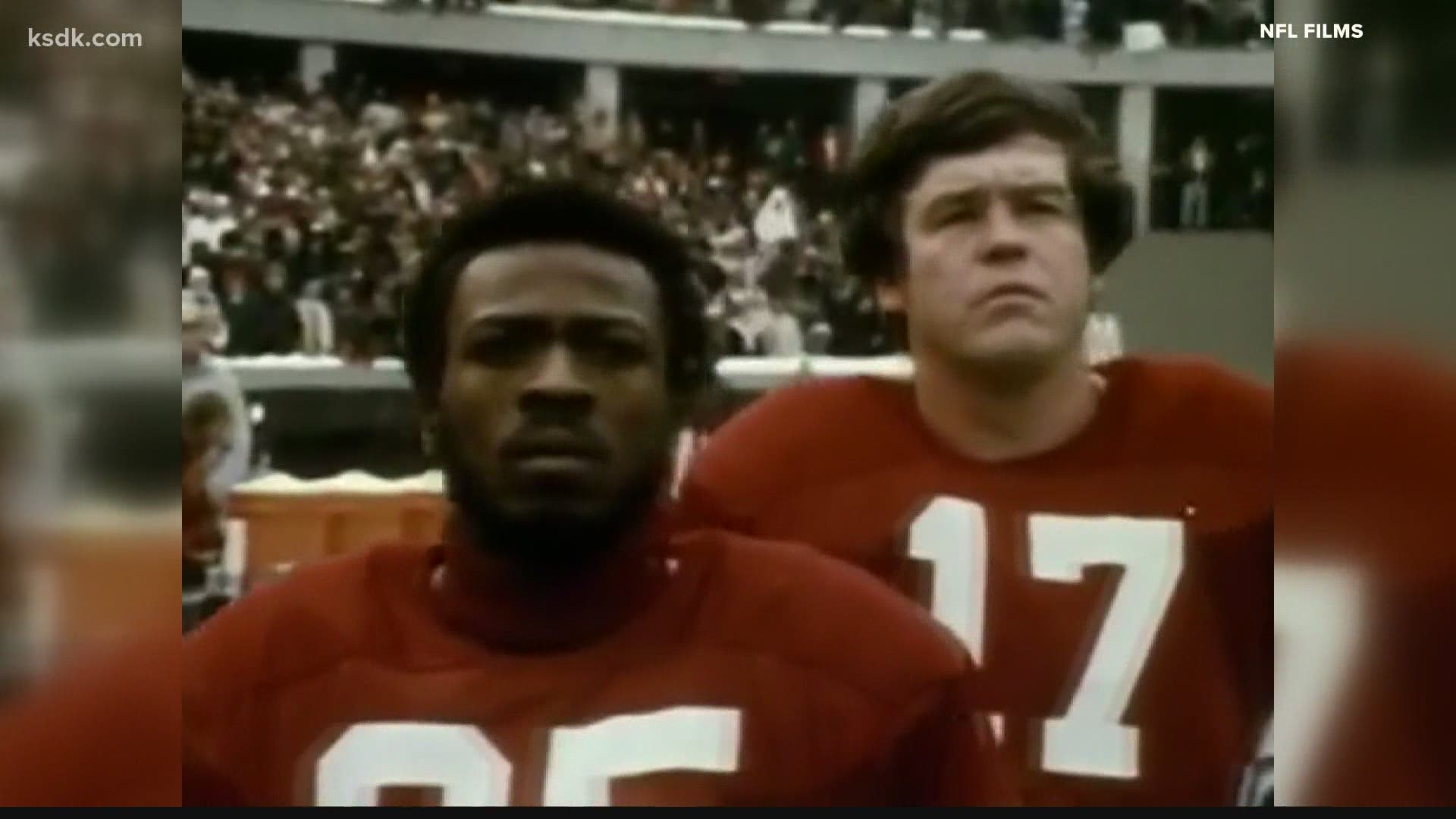 ST. LOUIS — Before there was Warner to Bruce and Holt in St. Louis, there was Hart to Gray.

The Jim Hart to Mel Gray connection for the Big Red football Cardinals of the 70's and 80's was a dynamic combination of strong-armed quarterback and lightning-quick receiver.

Over their time together in St. Louis, Hart and Gray combined for 36 touchdowns. Seven times in Gray's career he averaged 19 yards per catch or more. All of those seasons came with Hart under center.

And all these years later, this pair isn't shy about their special connection, which still lives on.

"I get letters every day from kids, and one of the things they say is, 'Who was your favorite receiver?' No. 85 are you kidding," Hart said to 5 On Your Side's Frank Cusumano at a recent Big Red reunion.

"Wow, that makes me blush," Gray laughed when he heard Hart's praises.

What makes the duo's success more surprising may be their underrated status upon arriving in St. Louis. Hart wasn't drafted and Gray was a sixth-rounder.

And while the St. Louis football Cardinals may not have given fans much postseason football to enjoy during their residence in St. Louis, these two combined for excitement galore.

"People ask me about throwing the ball deep to Mel. And I say, 'I throw it as far and as deep as I can.' And people say, 'That's not right.' I say, 'Yeah it is'. You don't wait for Mel to get open. If he's close to the defender you let it go," Hart said.