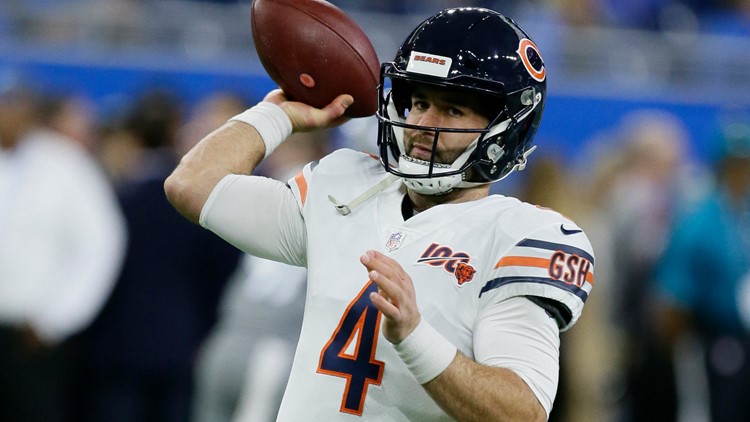 DETROIT — Former University of Missouri legend Chase Daniel is on his way to Detroit.

ESPN's Adam Schefter reported the veteran quarterback agreed to a three-year, $13.05 million deal with the Lions on Tuesday. Daniel spent the past two seasons with the Chicago Bears, throwing six touchdowns and four interceptions.

The Lions are Daniel's fifth NFL team after he was signed as a free agent by the Saints ahead of the 2010 season and won a Super Bowl with the team later that season.

Daniel has only made five starts in his NFL career and thrown for seven total touchdowns.

He has done well for himself when it comes to contracts, though.

If Daniel earns his entire $13.05 million deal with the Lions, it will put him at about $47 million earned for his career.

RELATED: 5 BattleHawks we could see in the NFL soon

RELATED: 'We proved we are a football town' | BattleHawks players react to news of XFL season cancellation

RELATED: The Rams' new logo has reportedly been leaked, and the team is getting roasted online