For Cardinals manager Mike Shildt, offseason has been hectic both personally and professionally

It's been a range of emotions for Cardinals' skipper Mike Shildt this offseason, but he's embraced it all, and is ready to lead into 2020. 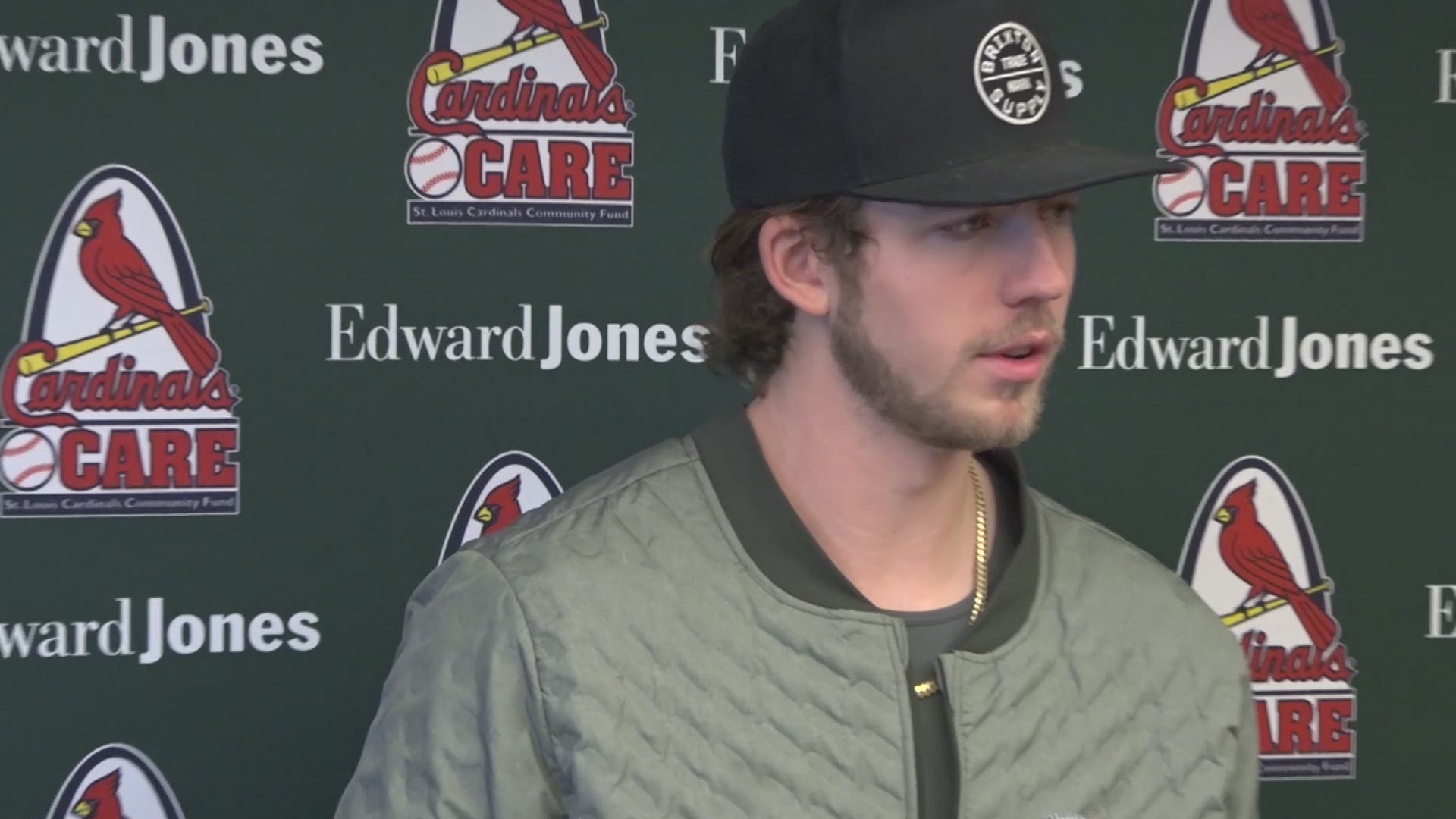 ST. LOUIS — On both a personal and professional level, this off-season has been a hectic one for Cardinals manager Mike Shildt.

Since the Cardinals were swept by the Nationals in last year’s NL Championship Series, Shildt’s mother died, he was named the NL Manager of the Year and on Christmas eve he got engaged.

“I try not to ever make it about me but I do appreciate I am in a position of responsibility and people are going to pay attention to it,” Shildt said on Sunday. “It’s been an atypical off-season in some regards. There’s been some blessings and there’s been some things that have been difficult with the passing of my mom, but that’s life.

“I’ve tried to embrace all of the things that have come my way and the blessings as well.”

Watch: Mike Shildt talks about his club heading into 2020

Just as his personal side started to settle down came the sign-stealing scandal that rocked baseball and saw three of Shildt’s fellow managers lose their jobs.

That outcome affected Shildt, a baseball lifer who cares deeply about the integrity of the game he loves.

“I’m very pleased from a baseball fan and from somebody who obviously is in the industry of the action that the Commissioner’s office and Major League Baseball took,” Shildt said. “They treated this issue very seriously and laid out the appropriate serious punishment.

“No one wants to see anything with the game we love in this room with a great deal of passion take a hit on any level but I do appreciate and respect the protection of the game of baseball.”

Shildt said he believes the scandal, involving the Astros and Red Sox, rose from the increased level of technology now available in the game, which has grown at a very rapid pace.

“People say, in general, baseball is so slow to change,” Shildt said. “It’s archaic and moves at a glacier rate when it wants to change. … I can’t support people saying that in the last five years. I feel like the game has changed more in the last five years technically, measurably, analytically and in a lot of different areas than in the previous 145 years or so.

“The climate changed. The lines of how you compete on the field… it was pretty clear and pretty defined what that line looked like. With the introduction of all the technology, different cameras, ways of doing it, we are in a highly competitive field where the margins are uber thin. There’s an expectation, including our market, to win and win championships. We’re competitive people in a competitive field.

Watch: Tommy Edman is ready to be the Cards' Swiss army knife

“I can understand, not saying I agree, how that murkiness with what that looked like with all that technology could get blurred without a definite line. I can understand how it got to where it has gotten.”

Shildt said he was confident, and also pleased, that the Cardinals never crossed that line.

“As we look up and compete and you realize that potentially you look up and you say, ‘This is different’ or you hear things or have conversations in the industry, open dialogue, to say what’s this look like… what are we willing to do to compete because we want to be the best too.

“We do want every competitive advantage we can get. Those dialogues were very simple. I was really pleased with the integrity of our clubhouse and our staff that said ‘It’s not for us.’ We felt we knew where that line was. We stayed on the safe side of the line. We’re at a place where we sleep pretty well at night.”

Other topics Shildt discussed in his media session on day 2 of the Winter Warm-Up on Sunday:

Watch: Dylan Carlson is ready to take the spotlight in 2020

* 13 pitchers are expected to come to spring training as starting pitcher candidates. To accommodate that total, Shildt said the team is planning to stage a lot of simulated games on the backfields at the Jupiter complex since it will be unrealistic to get enough work for that many starters in the actual spring games.

* Shildt said he began thinking about potential lineups on Saturday night but wasn’t ready to share any of those thoughts. The biggest question as of now, unless another move is made before the season begins, is who will hit leadoff.

Other news and notes from Sunday:

* A day after John Mozeliak said the Cardinals were hopeful they would re-sign Matt Wieters to be their backup catcher, multiple national media reports said Wieters had agreed to a one-year contract. The move has not been announced by the team.

* Among the approximately 20 players who will be brought into the major-league spring camp on non-roster invitations will be third baseman Nolan Gorman and newly acquired left-handed pitcher Matthew Liberatore.

* Outfielder Dylan Carlson, also a non-roster player, said he has added 10 pounds as he focused on becoming stronger this winter as he heads to Florida to try to win a job on the major-league club.

* A year ago, Tommy Edman said he went on a caravan and thought a lot the fans didn’t know who he was. “This year I saw a lot of people wearing jerseys with my name on it,” he said. “It was pretty cool.” Edman said he will be bringing three gloves to Florida in anticipate of again moving around the field and joked that “maybe I ought to get a first baseman’s glove too just in case.”

* Many of the team’s top players will appear on Monday, the third and final day of the Warm-up, including Adam Wainwright, Paul Goldschmidt, Matt Carpenter, Dexter Fowler, Yadier Molina and Kolten Wong. Team chairman Bill DeWitt Jr. also is scheduled to speak with the media.