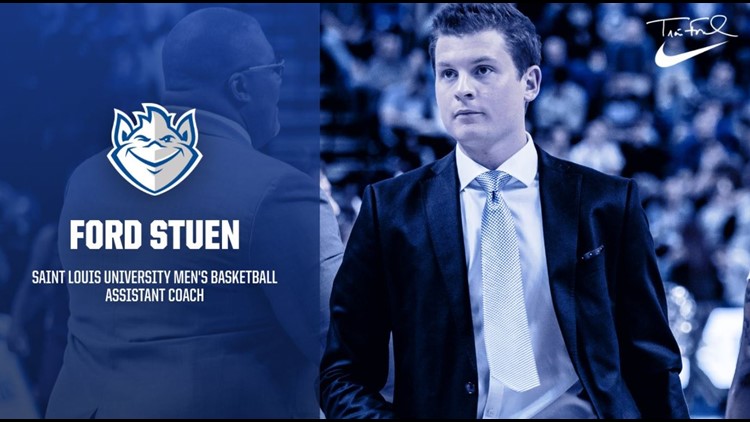 “First, I would like to thank Coach Ford and Chris May for this opportunity and for believing in me,” Stuen said. “I couldn't be more excited to work with these players, this staff and the SLU administration in our goal to continue to bring championships to St. Louis. I look forward to putting everything I have into this program and our players, both on and off the court.”

“We are very excited about promoting Ford,” Ford said. “He has been around my basketball programs for the last seven years – as both a player and as an administrative coach. Ford brings great knowledge and understanding of the game and a relentless work ethic. He lives the game of basketball day and night. Ford will bring great energy to Team Blue and will continue to be a great asset for our program.”

Stuen played four years under coach Ford at Oklahoma State where he was first-team Academic All-Big 12 selection for the Cowboys.

He was also a career 46.2 percent shooter from the floor and helped Oklahoma State to three NCAA Tournament appearances during his time in Stillwater.

Stuen will be replacing associate head coach Van Macon, who was named assistant coach at St. John’s in May.

US Women's World Cup champions arrive home ahead of parade

Greenville U lands one-handed recruit who is a total baller