Neither team has lost to a local St. Louis team during the regular season, although Fort Zumwalt North has a larger sample size 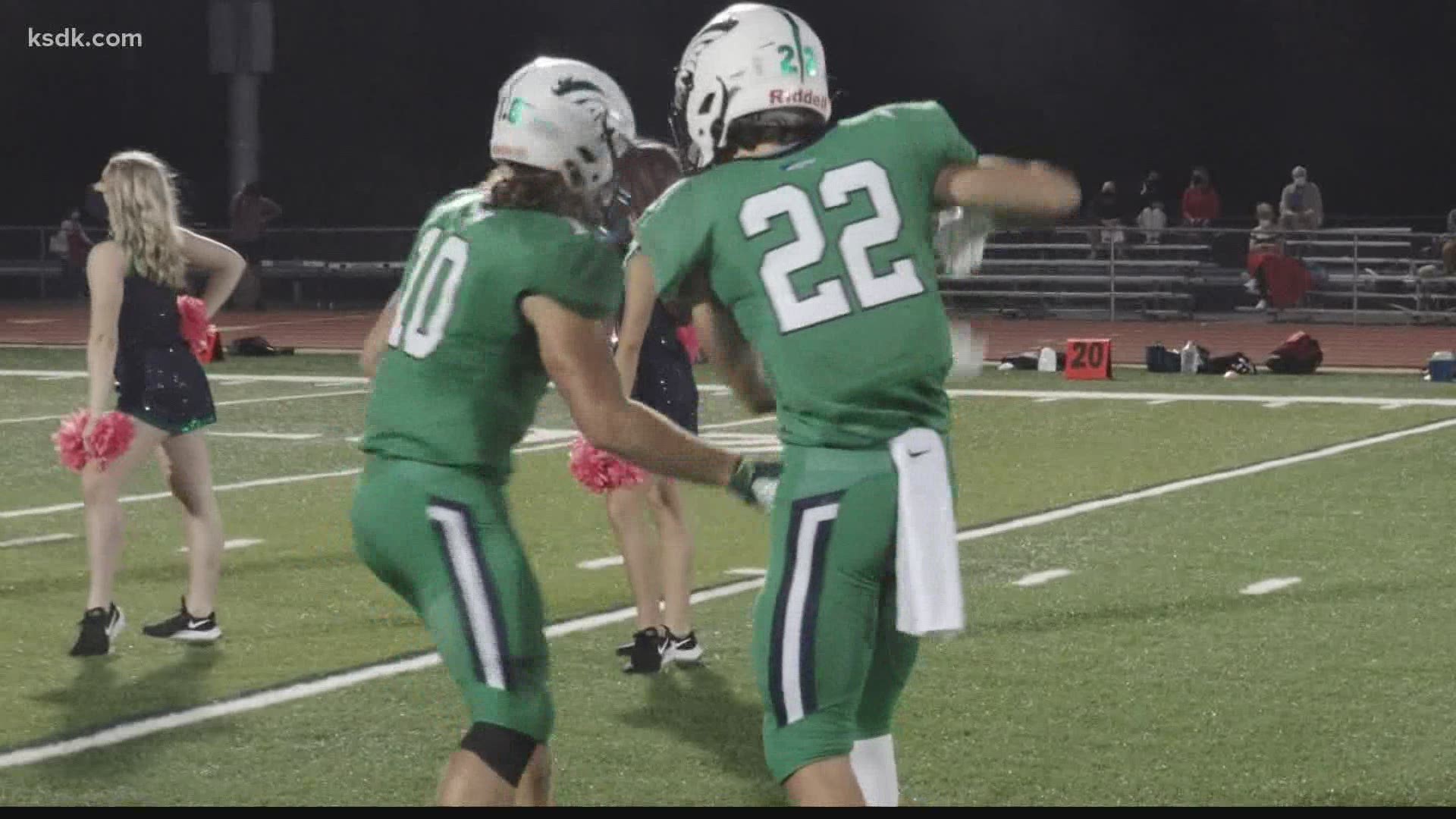 Neither team has lost to a local St. Louis team during the regular season, although Fort Zumwalt North has a larger sample size.

The Marquette Mustangs remain undefeated with a 3-0 record heading into the final week before postseason play. Meanwhile, the Panthers head into the game with an 8-1 record.

Fort Zumwalt North’s sole loss in the season came in week one when the Panthers traveled to Battle High School in Columbia. They lost 60-43, but quickly turned things around.

Luckily for the Panthers, they’ve not had to cancel any regular season game due to a COVID-19 related issue.

Fort Zumwalt North head football coach Joe Bacon said there have been a few players here and there who have been required to quarantine due to COVID-19 contact tracing, but not enough at the same time to where it’s caused the Panthers to sacrifice a game.

Bacon said he has spent more time designing a plan on how to keep players safe and healthy compared to anything else.

“Like over the course of a practice, nobody is around anybody for a full 15 minutes,” Bacon said. “We’re rotating kids at positions. We warm up different. We huddle all spaced out, so we’re not accumulating time in a huddle next to a teammate.”

As a result, less football players have been required to quarantine in the event of contact tracing, and the vast majority of players have remained healthy.

But health is not the only thing on their side. This Panthers team is full of talent, with a dynamic duo paving the way offensively.

“The biggest thing for us is our senior leadership,” Bacon said. “There’s seven or eight guys in that group that work so hard. And they really are dedicated to doing things the right way, at least the best way that we can. So that trickles down to all the other kids in our program. So, you can see that in our offense, in our defense, our special teams. So that leadership is the biggest thing that’s helped us turn it around.”

But the Panthers aren’t the only team with senior leadership taking the field Friday night.

Being a team in St. Louis County, Marquette is 3-0 in the only three games they’ve been allowed to play during the 2020 season.

Marquette head football coach Michael Stewart said the football program had the most interest from students this year compared to any other year in school history.

A large portion of that interest could’ve been sparked by Marquette’s deep playoff run in 2019, which was driven by it’s now senior group.

The Mustangs are coming off a 38-0 win over Oakville High School, and are doing so with experience on their side.

“I think a lot of it has to do with our senior leadership,” Stewart said. “We have 29 seniors in this group, and they got a significant amount of time last year. And followed the seniors ahead of them through the deep run in the playoff stretch that we had. So they learned a lot through that process, and that carried over into a strong summer. And even when we were delayed, we knew that when we got back goin’, we had a special group in our hands.”

RELATED: Friday Night Prep Rally | Highlights from around the area on Oct. 16 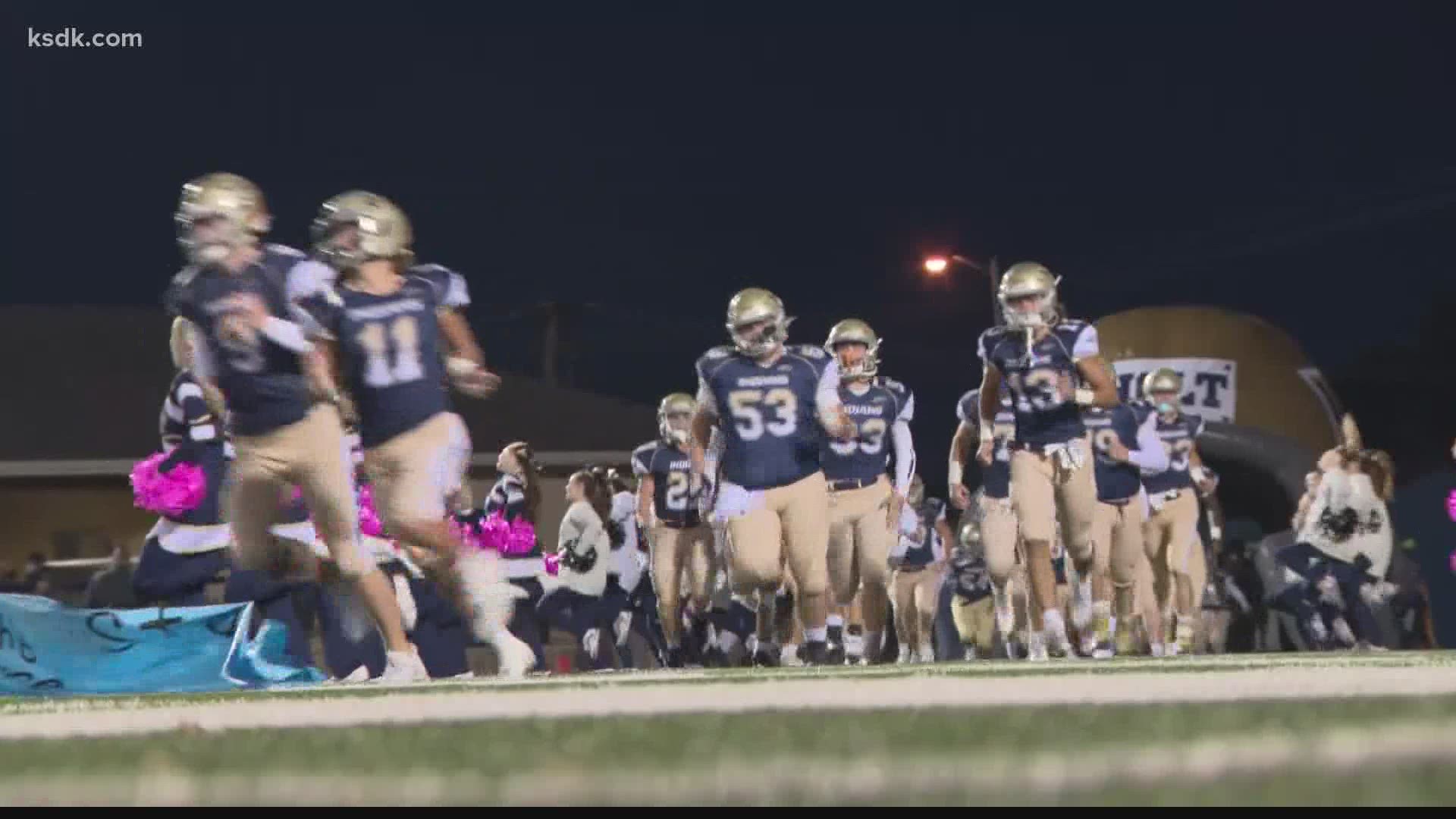